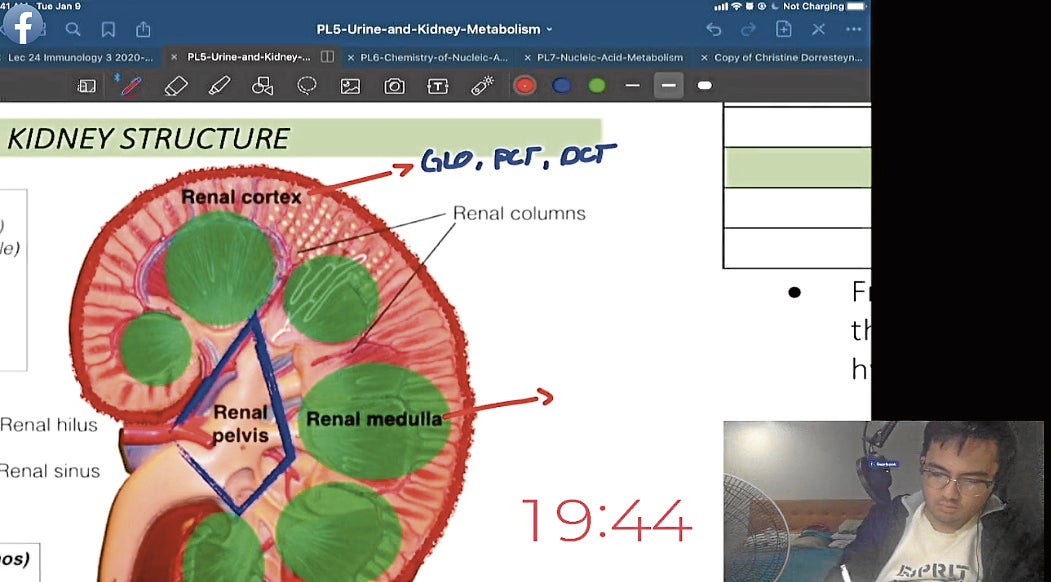 Entering 2021 still stuck at home with our eyes glued to our gadgets, we have all come across at least one influencer flaunting their seemingly perfect lives on social media. Being the couch potatoes that many of us have become in this lockdown, seeing those posts can often make us feel guilty for not choosing to spend the free time more productively.

But Lorenzo “Enzo” Banayo is thankful for these guilty pleasures.

A freshman at the University of Santo Tomas Faculty of Medicine and Surgery, Banayo, 22, is making a name for himself in the mobile gaming scene with his Facebook gaming page DOC-B Gaming. Initially made to stream his Call of Duty: Mobile (COD:M) matches, the page has grown to showcase him as a “full-time med student and part-time gamer” with unique content such as live study sessions.

Banayo’s page, which he started on a whim in September, now has close to 600 followers.

Banayo wasn’t supposed to take streaming on his page seriously, he told us. But he was motivated after he saw the support of his friends during his first stream. “Lots of people watched, so I was like, ‘OK, cool.’ It was such a good start,” he said.

In the early stages of streaming, most of his viewers were his friends. Not anymore. A new viewer, Raven Ti, talked about what sets Banayo apart from bigger streamers. “I like how he’s really relaxed when he streams. He has nice and unique content that not many people show. It’s really refreshing that he shows his true self.”

Banayo said that his relatability is something he is proud to showcase on his platform. He said that if one were to tune in to his stream, they would see a “med student in his natural habitat.”

He is laid-back, calm and has an easygoing attitude. He pokes fun at med student stereotypes. “A lot of people think of med students like, ‘Oh shucks, they’re super smart’ or ‘they’re studious,’ but I’m not even studious myself.”

He is also happy to showcase on his page that “not all streamers are great players.”

Banayo was student council president in college. One would expect someone with that kind of background to have no interest in games and have their life revolve around work, studies and medicine, but not this guy.

He pointed out similarities between COD:M and studying medicine. “Through COD, I was able to meet a lot of people. I don’t really see the violent aspect of it. It’s more of the fun in it.

It’s something very different from med, but you realize that it’s something really fun to do because you’re with other people, and in medicine, you do the same thing.”

Juggling a streaming page and studying medicine is not an easy task. “I feel like streaming was easier for me because of online classes. I’m just at home. If classes were face-to-face, I don’t think I would have been able to start streaming.” 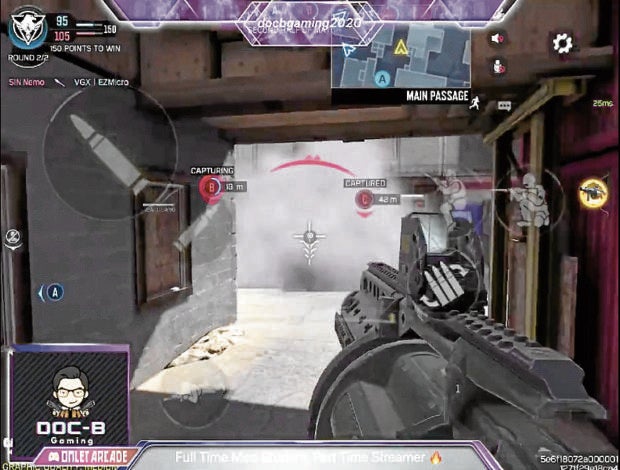 One of his Call of Dury clan members, Pepeton Delos Santos, shared how they all still find the time to play and practice together on an almost daily basis. Even with the limited game time because of Banayo’s studies, Delos Santos boasts that Banayo remains a vital and reliable member of their team. “The clan can rely on him every time we team up with him.”

Banayo is firm about medicine being his main passion, but he is also thankful for the motivation COD:M has given him when it comes to his studies. He hopes that through his streams, he is able to motivate others to do what they’re passionate about as well.

“Hopefully I can inspire someone to do what they want in life even if they perceive that goal to be difficult.”

Follow DOC-B Gaming on Facebook: https://www.facebook.com/EMGDBG. Streaming schedule: Call of Duty: Mobile on Fridays and Saturdays from 9-11 p.m. and Study Sessions with DOC-B on Wednesdays and Sundays from 8-11 p.m.The author is an AB Communication senior at the Ateneo de Manila University.