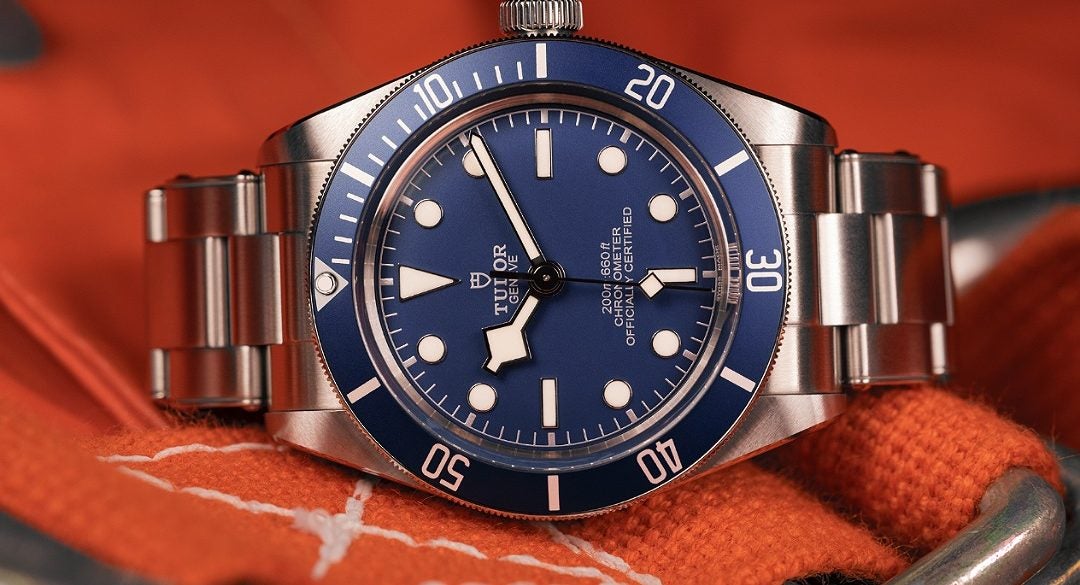 Tudor’s Black Bay Fifty-Eight “Navy Blue” has won the “Challenge” Prize at the 2020 Grand Prix d’Horlogerie de Genève, making it the sixth award Tudor has received in its eight years of participating. The House of Tudor remains faithful to its long tradition of blue sports watches. As the name implies, the “Navy Blue” version of its flagship model, the Black Bay Fifty-Eight was inspired and got its name from its 1958 model year where the first Tudor divers’ watch with Reference Number 7924 or called the “Big Crown” was presented.

Just like its predecessor model, it is waterproof up to 200 meters (660 ft.) and it kept the 39 mm diameter case size so it maintains the same characteristic proportions of the 1950s timepiece. The watch is great for slim wrists, and for watch enthusiasts who prefer more compact watches and vintage appeal. It uses the classic “Snowflake” hands, a hallmark of Tudor divers’ watches since 1969 and uses a high grade Swiss Super-LumiNova luminescent material. The Manufacture Calibre MT5402 movement is COSC-certified with silicon balance spring and has a 70-hour power reserve. The watch has three strap and bracelet options – a blue Jacquard fabric with silver band, blue “soft touch” strap and a “riveted” steel bracelet.

The Grand Prix d’Horlogerie de Genève awards is one of the watch industry’s highlights each year. Held annually since 2001, Tudor had its first award in 2013, the year of its first participation, bagging the “Revival” Prize for its Black Bay model. In 2015, the Pelagos technical diving watch received the “Sports Watch” Prize followed by back-to-back with “Petite Aiguille” Prizes in 2016 and 2017, respectively for the popular Black Bay Bronze and Black Bay Chrono. In 2019, the Black Bay P01 won first prize in the “Challenge” category.