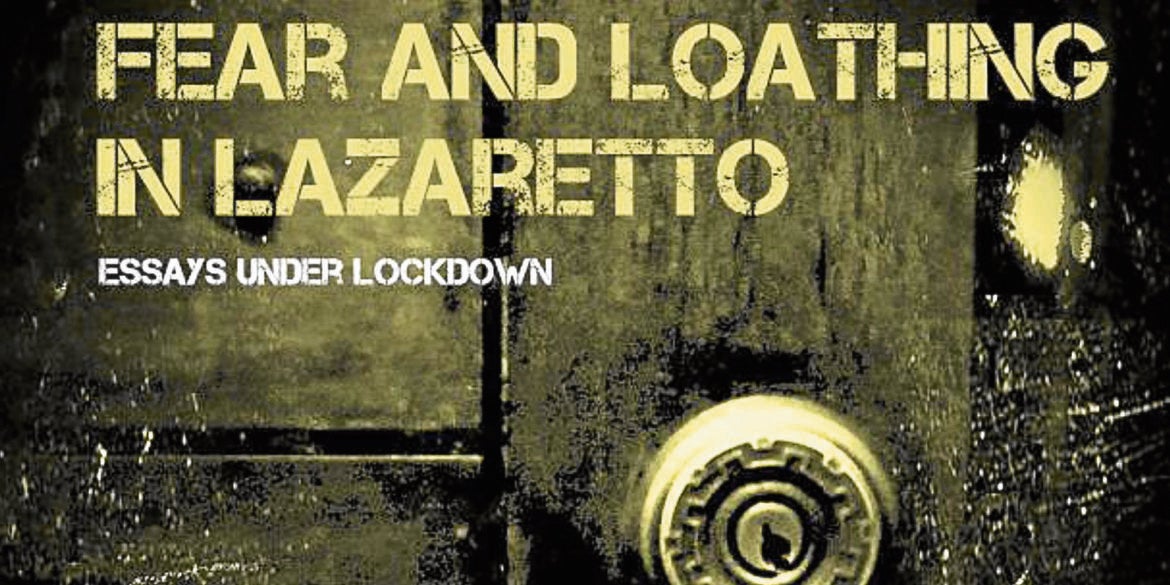 Pandemic diary of a veteran newshound 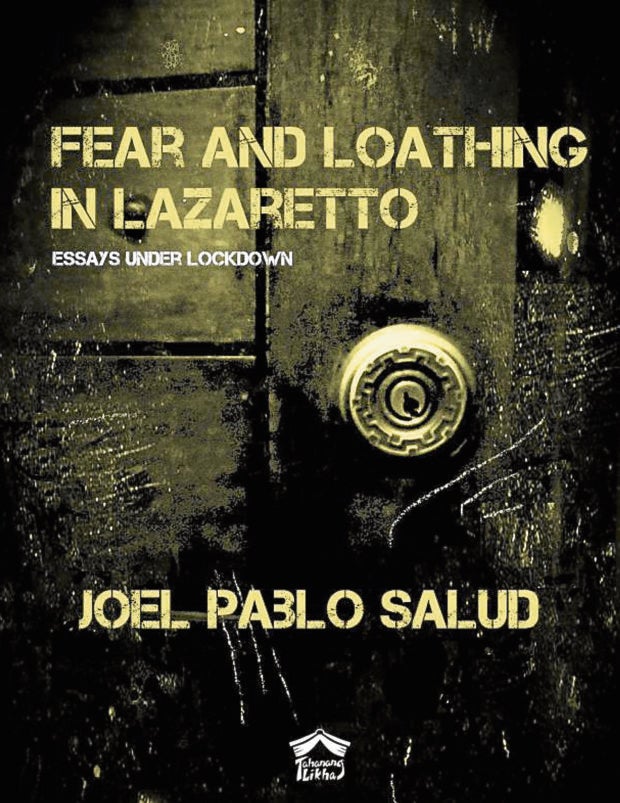 As the world locked down, authors and publishing houses—bookstores, even, struggled in a hardscrabble existence of holding patterns and isolation. Even now, as we await the arrival of vaccines to ease the burden of the COVID-19 pandemic, life lived by the pen is more of a struggle than it ever was.

Journalist Joel Pablo Salud’s approach to the severe limitations to provisions, mobility and livelihood was to blog. He wrote one essay a week for his Papercut Blogs page on Facebook. After retrenchment from his post as editor in chief of the Philippines Graphic magazine, he continues to live by his pen, prolifically so. His latest offering is a purely digital e-book of 50 essays taken from his blog and published independently under his family imprint named after his youngest daughter, Tahanang Likha.

“Fear and Loathing in Lazaretto” is as fine a collection of long-form journalism in the opinion and analysis sub-genres as they come. Salud locks and loads over three decades of newsroom experience, and skills built and honed over those years, to present more than just the thorough research and shoe-leather journalism on which he built his reputation: He delivers the goods with incisive and keen analysis, dedicated cross-referencing, in-depth interviews and context that are his trademark.

Salud keeps relentless track of all the political and social shenanigans that the fear of COVID-19, and the government’s poor handling of the crisis, has generated. He opens windows on focal points of information that tend to be subsumed by the frenzy of social media’s flurries of posts and emotional reactions. He accomplished this with the focus of a veteran newshound and the engaging style only a well-read essayist can muster—by writing the pieces on a weekly deadline that are his métier and discipline.

From the preface: “My sources were themselves affected by the lockdown and the curfew hours, leaving me with the barest information. Counterchecking online reports of who had died and who survived felt like a game of hide and seek.”

This book pulls no punches, and gives you no quarter. Not that you will ask for any, because his skill with the essay, the opinion piece and the analysis report done as literary journalism will keep you reading until you reach the very last end mark in the book. He is that good with his pen.

Salud’s formidable flair for the English language is well-saddled in his first direct digital offering, and ridden hard to bring the reader to clarity.

There is no rambling in these 50 long essays, for there is not one single excess word. The author maximizes the language and the data he gathered and vetted as tools for providing context that enable you to make a critical reading that yield in the New Journalism style the same results close reading of a masterpiece of poetry would.

Salud brings you to the point where you can find the many layers of meaning in the essays he puts before you—and all of these layers are supported by research, interviews with sources and good old-fashioned newsroom elbow grease.

“This collection of essays, ‘Fear and Loathing in Lazaretto’ (a bootleg of gonzo journalist Hunter S. Thompson’s roman à clef bestseller, ‘Fear and Loathing in Las Vegas’), is far from being a catalog of terrors, human rights abuses, pandemic-level death tolls and government ineptitude at a time of severe crisis, although I have to admit, it is in huge part a voice of dissent against draconian policies,” Salud writes in his preface. “Rather, I have intended this book to be a testimony of hope, the same hope that one can only gleam during our darkest hour.”

“During the lockdown, I said that the first casualty of COVID-19 would not be an infected human being but free speech. I was right,” Salud also wrote. But being right has not stopped him from bringing together the individual threads that weave this tapestry of a world gripped by a pandemic, in which the Philippines’ drama of kakistocracy plays out. Each polished and laser-sharpened essay reminds the reader that the world still turns, albeit in a mirror, and darkly, and he issues this observation to chew on: “The idea that tyranny, despotism, fascism and totalitarianism would better serve a world where crisis and calamity are inevitable is out on the market and on sale. It’s relatively cheap, altogether practical, and less likely to burden the public since only one man would do all the thinking for them. Unless, of course, you’re the target of the structural violence which serves as its backbone.”

In a country where journalism is perilous work, Salud continues to keep the fires lit, upholding the public’s right to know, and in inimitable style. —CONTRIBUTED INQ

“Fear and Loathing in Lazaretto” is available directly from the author, through his Facebook page, or email [email protected]