Solaire at 8 and beyond | Inquirer Lifestyle ❮ ❯ 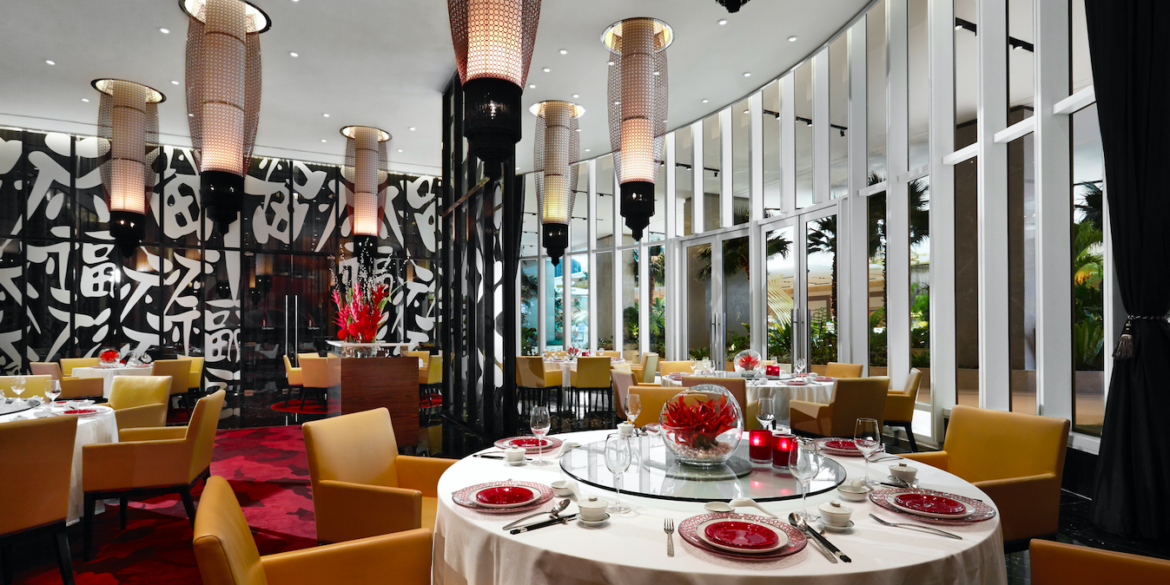 Solaire at 8 and beyond

Solaire, the leading integrated destination resort in the Philippines, has achieved many breakthroughs that placed it on the map. As it celebrates its 8th anniversary, the only Filipino-owned and operated luxury property commemorates the milestones and achievements it has received from both local and global award-giving bodies, which was the result of its continuous drive to excellence and commitment to quality service.

“Solaire’s 8-year journey has truly been a source of inspiration for us. Guided by the vision of our Chairman, Mr. Enrique K. Razon, Jr., we’ve achieved feats that have placed us in the league of longstanding integrated resorts. The challenges we faced have also made us more resilient during great adversity and uncertainty. The successes we’ve had would not have been possible without the perseverance of every single team member who has dedicated themselves to place Solaire at the pinnacle of hospitality in the Philippines. Moving forward during a period of change requires great effort, but we are confident that Solaire will continue elevating the standards to provide only the best to our guests,” says Thomas Arasi, Bloomberry Resorts Corporation, and Solaire’s President and Chief Operating Officer.

Since 2017, Solaire’s Sky Tower has received the prestigious Forbes Travel Guide 5-Star Award, an accolade that defines the true 5-Star hotels of the world. The Sky Tower offers the finest accommodations with 312 suites boasting generous space between 65 to 395 square meters and is furnished with the most impeccable amenities. More recently, the property, apart from its already impressive collection of 5-Star Awards for the Sky Tower, received the Sharecare Health Security VERIFIED ™  with Forbes Travel Guide badge and became one of 40 holders of the Safe Travels Stamp from the World Travel and Tourism Council. These two new recognitions come after complying with an extensive verification process that aims to ensure that Solaire, and other properties across the world, are compliant with stringent international health and safety measures in the new age of travel and hospitality. Locally, the resort was also granted the Safety Seal Certification by the Department of Tourism and is the first recipient of the Thomas Edison Recognition Award from Intertek Philippines for its consistent implementation of health and safety standards.

Another first and important victory for Solaire is its momentous win in the 2019 G2E Asia Awards. Solaire became the first Filipino luxury property in the industry to be named as the Best Regional Asian Integrated Resort, besting other longstanding properties in Asia, as well as contemporaries locally. Its unique brand of Filipino hospitality, world-class service, and luxurious facilities served as its advantages which were also recognized by peers in the industry who served as the panel of judges.

Apart from international recognitions that the property has received, Solaire has also garnered distinctions for its signature restaurants’ culinary creations and authentic flavors. These dining outlets have consistently appeared in the country’s definitive guide for the most delectable restaurants since 2016: Philippine Tatler’s Best Restaurants Guide. Fresh International Buffet’s endless array of dishes from all over the globe is a hit among many patrons. The assortment of food made from the freshest ingredients and the variety of free-flowing beverages are unlike any other in Manila. Waterside Latin-inspired Cuisine highlights exotic flavors and imaginative concoctions that appeal to adventurous palates. Its menu is filled with a charming medley of seafood and meat entrees that marry sweet, salty, spicy, smokey, and savory tastes beautifully, without compromising quality. Cocktails are also standout numbers that go perfectly with any choice of dish. For Japanese cuisine, Yakumi also sets the bar high with its ingredients flown in directly from Japan’s Toyosu market. The restaurant recreates the balance in traditional staples and puts its creative touch on every plate that is inspired by the seasons. In its latest unveiling, Philippine Tatler included two of Solaire’s very own in its Top 10 Best Restaurants. A recent addition is Red Lantern with its authentic Chinese fare from across its regions in one powerful menu. Finestra Italian Steakhouse, a constant name on the list, is home to the finest Italian gastronomy. Apart from the best from Italy, the restaurant also features beautifully marbled steaks paired with exquisite wines from legacy vineyards across the world. The restaurant also received a special award in 2020 for Best Service.

From major laurels to its many firsts. Aside from the glories of plaques and trophies, Solaire also has the honor of being the location of choice for the most sought-after luxury fashion houses. The Shoppes at Solaire has made itself a fashion capital as it opens the first and only boutiques of KENZO, Dior, Fendi, and Versace. These brands join the outstanding list of designer labels that have been enjoying Manila’s fashion enthusiasts and curators who frequent Solaire.

“As we commemorate our 8th anniversary, we also thank and celebrate our team members and our partners who consistently provide the best and most outstanding service to our guests and patrons who continue to trust and support us. We remain optimistic and steadfast, even during one of the most challenging times for our industry, because of the unwavering commitment and belief given to our brand. We look forward to the future and what we will achieve next,” adds David Batchelor, Solaire’s Senior Vice President for Resort Operations.

With a stellar track record under its name, Solaire is poised to further propel in the only direction that it sees itself taking – forward and up.

Rebirth of a Legend