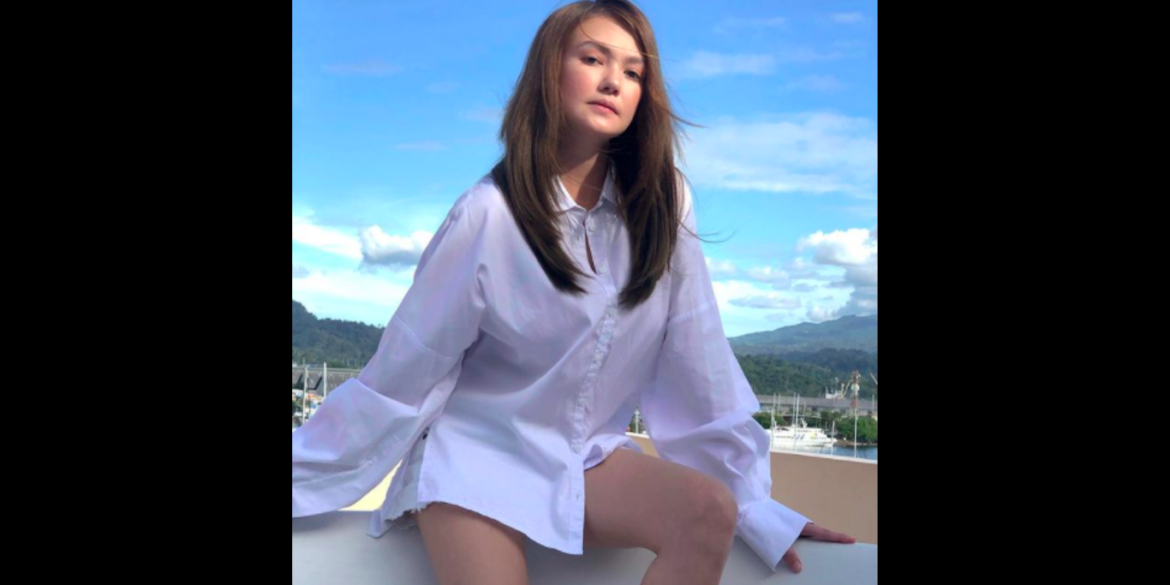 Despite the absence of a network franchise, actress Angelica Panganiban marvels at how ABS-CBN shows are still somehow being aired in various platforms, and it’s something that she is very grateful for.

Panganiban thinks that the network’s shows have wider reach now, thanks to the different digital mediums where they are being streamed.

(Maybe for now, it is better to look at the positive things that happened to the show. That is, [the network] was denied a franchise, one network was removed but the series is still shown all over. I mean, the world seems to have broadened.)

After the network was denied franchise, some of its shows have gone back on free TV via TV5 and A2Z channel.

(There’s the Kapamilya channel, Jeepney channel and iWantTFC. There are more platforms where we are being watched now and we’re just thankful.)

Due to the pandemic, Panganiban initially had second thoughts about working, but chose to work just the same. She also feels sad about those who lost jobs.

(Many lost their jobs, left and right. It’s like you just leave it to prayers.)

Panganiban admits there were moments of paranoia during the first few days of taping but she overcame her worries because of the safe protocols that the network imposed.

(They were responsible enough when they brought us there and they would bring us back in the safety of our homes.)

In the finale episode tomorrow, April 16, Panganiban’s Celine character and Paulo Avelino’s Emman will fight against all odds in the hopes of rebuilding their family and reuniting with their son Robbie. The show airs on the Kapamilya Channel, A2Z, TV5, Kapamilya Online Live YouTube channel, ABS-CBN Entertainment Facebook page, and iWantTFC. For viewers outside of the Philippines, catch it on The Filipino Channel on cable and IPTV. JB