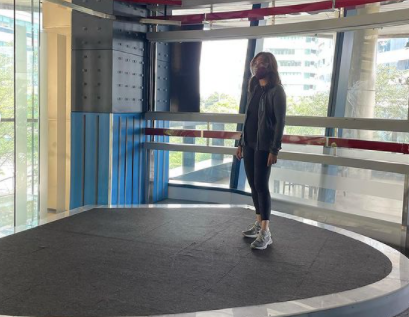 Broadcaster Karen Davila could not help but reminisce as the ABS-CBN News Channel’s satellite studio in Rockwell, Makati was recently dismantled.

Davila, whose show “Headstart” has already been airing for eleven years now, became sentimental when she spoke about her memories of the studio and her despair about its dismantling, as seen on her Instagram page last Sunday, April 18.

“I will definitely miss mornings at Rockwell. So many wonderful memories in this intimate satellite studio with our guests and friends who would come to visit. I miss Victor, our all around jolly floor director and IT guy!” she said in her post.

“The ANC Rockwell studio opened in 2015 and it became home for some ANC daily shows like ‘Matters of Fact’ and of course, ‘Headstart,’” she said.

“Heartbreaking to see it dismantled but I understand how difficult it has been for our bosses to keep ABS-CBN afloat without a franchise. Thank you, our kapamilya viewers and advertisers, for your love and support,” Davila added.

This weekend, I dropped by the ANC Rockwell studio. When ABSCBN’s franchise wasn’t renewed, this was temporarily closed to save on costs. Now, it’s been dismantled 💔 #memories pic.twitter.com/H12OdTIEgE

Davila reminded everyone that ANC is still on air and it can be watched on Skycable, ANC 24/7 online and ABSCBN News online.

“I am praying for better days ahead for all of us. Remember, even the darkest night will end and the sun will rise. God is faithful,” she said. JB

Karen Davila, for her 50th birthday, gives 50 bikes to ‘Donate A Bike, Save A Job’ campaign