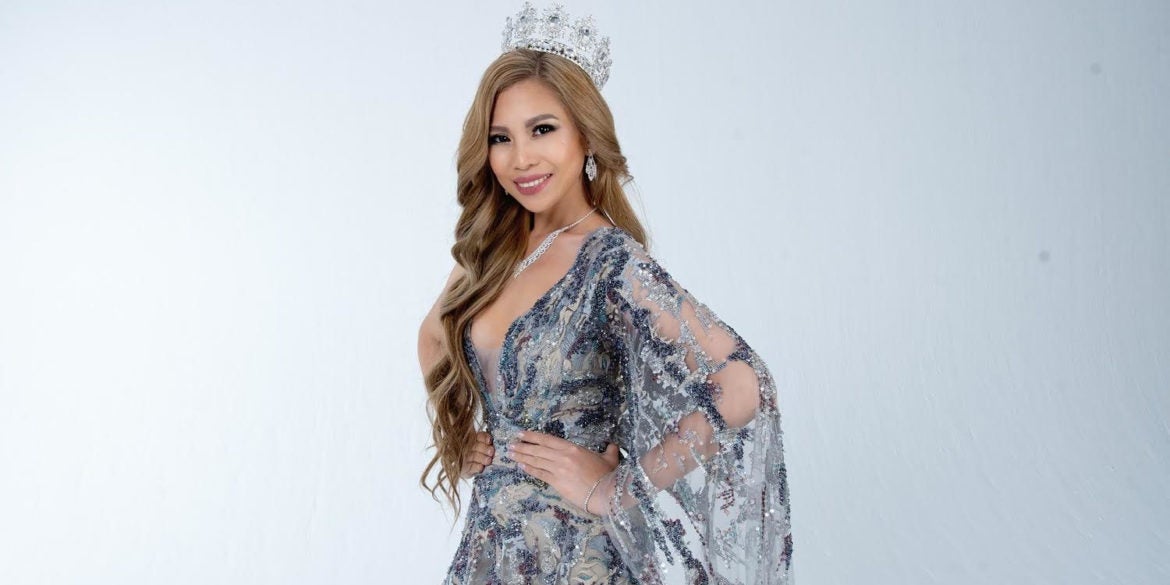 MANILA, Philippines—The fairytale about an ugly duckling that turned into an elegant swan came true for an overseas Filipino woman who bagged the top title at the 2020 BeingShe Universe pageant in Dubai last November, after years of bullying by her townpeople because of her weight and looks.

Lorevie Lianko Carrascal had come a long way since being turned down by beauticians in Malinao, Albay, to beating women from diverse nationalities to get a bejeweled crown symbolizing “power, responsibility, dreams, and confidence.”

The 29-year-old human resources officer told the Inquirer in an online interview that even if she grew up in the pageant-crazy region of Bicolandia, she was never into beauty contests, “because I was always on the heavy side during my teenage years.”

Carrascal, a consistent honor student and class valedictorian, only joined contests in high school and college to get exempted from taking major exams. Her performance in the question-and-answer round got her to second place in both pageants, she said. Her intellect brought her to Texas in the United States as an exchange student, where she obtained a degree in Tourism.

She returned to the Philippines and worked in Bicol and Metro Manila before joining the overseas Filipino workforce in the Middle East.

While working in Dubai, Carrascal launched her own YouTube channel promoting self-love and self-care. Having this personal advocacy attracted her to the BeingShe Universe pageant, whose main thrust is empowering women to be their true selves, and open to single and married ladies of different nationalities currently based in the United Arab Emirates (UAE).

“I am a woman of substance, and I don’t focus on having a perfect body shape to feel beautiful and be part of a beauty pageant. I want the world to see that as a woman. What’s important is that you are capable of sharing,” Carrascal said.

“Inspiring starts with ourselves. And based on my experiences, I believe that I am a woman who can share with all the women out there that we can always dream big,” she added.

But just as the competition was hitting the homestretch, Carrascal got distracted by the devastation caused by Supertyphoon “Rolly” in her hometown.

“I can’t focus most of my time during the practice session because I wanted to know what’s going on with my family back home,” she confessed.

But the strength of her family and friends in Malinao served as her inspiration. “Seeing their post made me feel so determined to win the title,” Carrascal shared.

The titleholder said she hopes her victory would inspire women not only in the Philippines but also around the world to “be brave enough to pursue your goals in life.”

Carrascal also said she plans to use her crown “as a reminder that it is never too late to do something extraordinary, even in the most challenging of times.”

She also hopes to use her title to provide opportunities for fellow Filipinos in the UAE to showcase their talents and bring pride to the Philippines.

“BeingShe, together with its founder Aparna Bajpai, are always there to support and create something different that will help the women of our society realize their full potential in life,” Carrascal said.