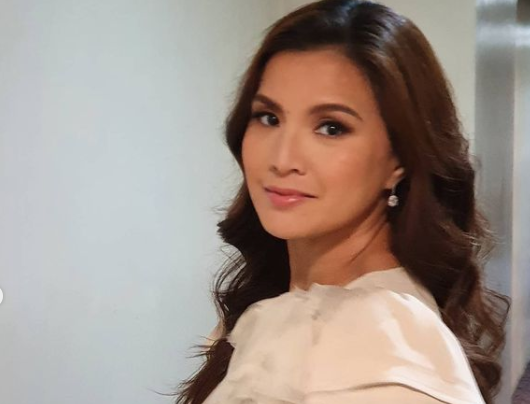 Actress Bernadette Allyson spoke about her predicament while working under a lock-in set up amid a pandemic, during the online conference on April 27, for the finale week of “Bagong Umaga.”

(Actually, I have no regrets. At first, admittedly, when I accepted the show, before the taping, I still have one month. So, I wanted to back out. I thought about it many times, I cried about it.)

Alysson shared that she talked to her husband and manager about it. She admitted that she readily said yes to the project without thinking thoroughly, all because she missed working.

(But it did not sink in to me that I will be away for a long time. Actually, I only learned about it when the schedule was given to me. It is already calendared. That’s when I wanted to back out.)

Luckily, working in a lock-in taping eventually proved to be a beautiful experience for the actress.

(I had no regrets because we were taken care of very well. That’s exactly it, everything that [my cast mates already] said [is right], it feels like family.)

As Irene, a martyr character, Allyson also learned a lot from playing her role.

(I can relate to her because I am also a mother. The unconditional love of mothers to their children can bring us to a lot of places. You will do everything for them. Irene is like that.)

Watch the finale of “Bagong Umaga” this week on A2Z channel, Kapamilya Channel and Kapamilya Online Live via its YouTube channel; on the Facebook page of ABS-CBN Entertainment; and iWantTFC. Outside the country, it is available on The Filipino Channel. JB