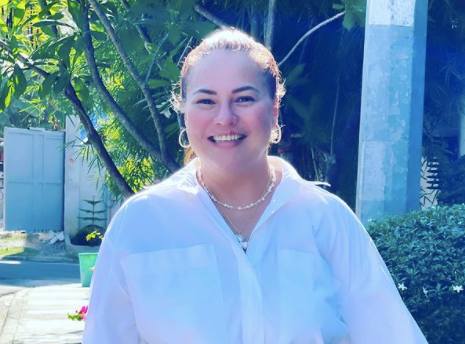 Working for many years now with Melai Cantiveros and Jolina Magdangal, Karla Estrada revealed there never was a moment that she engaged in meaningless quarrel with her “Magandang Buhay” co-hosts.

(For me, since I am the eldest among the three of us, I don’t easily get mad because I understand each one.)

Estrada acknowledges that they have their own “moments” and that they’re far from perfect, so she believes that what works for them is respect.

(There are days when maybe someone woke up on the wrong side of the bed, it’s just a matter of respect and space also for a friend to not intrude anymore when you don’t need to.)

The three’s friendship started with their participation in the TV show “Your Face Sounds Familiar.” Their friendship withstood the test of time as they altogether started hosting ABS-CBN’s early morning show “Magandang Buhay.”

Estrada enumerated several factors which make them click as friends such as understanding each other, not passing judgment and listening to one another.

(I guess, open communication, whether you want to say something you are not comfortable with. You will be able to speak because you treat her as a friend, you’re her friend.)

Estrada also pointed out the traits of Cantiveros and Magdangal that she admires most.

She likes the simplicity of Cantiveros.

(For me really, as the first big winner of Pinoy Big Brother, she set the trend. It did not go to her head and you will not see her acting it out.)

LOOK: Karla Estrada flaunts weight loss in ‘before and after’ pics