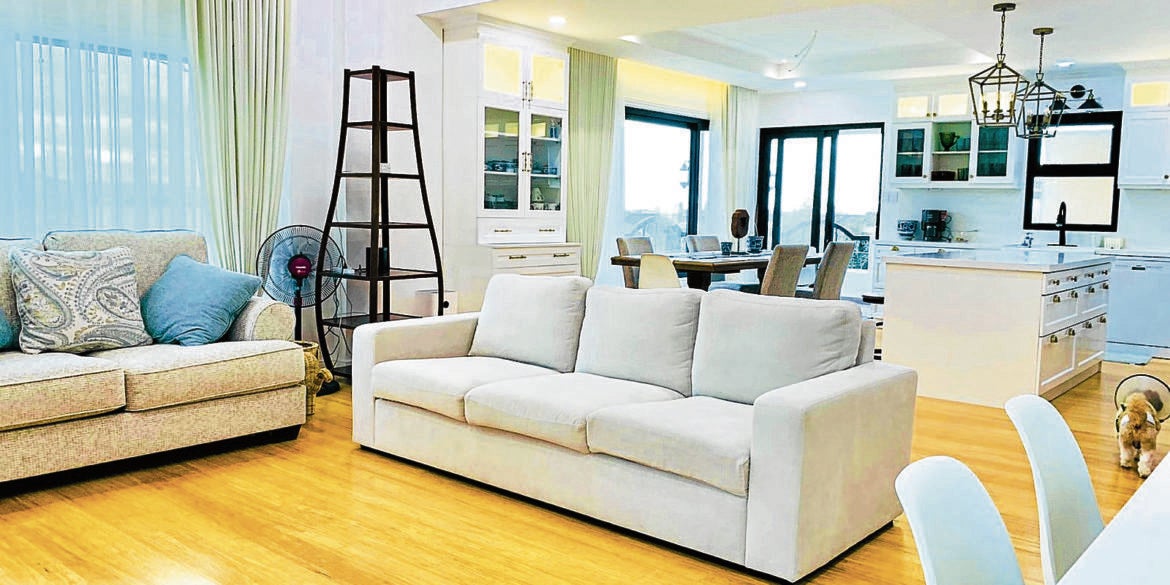 As she started a family, former events stylist shifted her creative interests to the home

Before she got married and started a family with her husband Alain Andres two decades ago, Anna Marie Aty Andres already had an eye for combining different design elements to come up with a cohesive look.

She had styled theme events like weddings and fashion shows for many years before joining the local office of Intel Technology, where she adapted the practice of prioritizing safety, and which she would later incorporate into the newest chapter of her life—that of interior decorator.

“I had always been interested in doing interiors. Although I had enjoyed doing weddings and shows when I was single, once I got married, my priorities shifted,” Andres told Lifestyle in a phone interview.

She was determined to make a home for her family that now includes teens Jaden and Breanna. In her mind, she had already put together their dream home with a Modern Farmhouse feel. It was going to be predominantly white with pops of color, and sleek wooden floors.

“Seven years ago, I started following the IG (Instagram) account of Syd and Shea McGee (@studiomcgee). They were a big influence in my design aesthetic. They called the look I was attracted to ‘Farmhouse 2.0.’”

Because of a family emergency, however, Andres had to put off plans to redecorate their home for three years but by then she had already taken the necessary measurements and knew where the appliances and tables, sinks and kitchen island would go.

“There was already a layout, one that I had made taking into consideration the different zones in a house: the hot zone in the kitchen, the wet zone with the sink and the dry zone,” she said.

“For example, I designed the kitchen with a triangle layout where everything one needs can be found ‘within’ this triangle, like the refrigerator, the sink and the stove.”

This type of layout would be repeated in other high-traffic areas like the dining area and the living room. She keeps special-occasion plates, chargers, cutlery and linen napkins in a glass display cabinet, and looks forward to the time when she can once again entertain guests at home.

“I made sure that everything would be within easy reach. I have a beverage area in the kitchen where the coffee maker and water dispenser are located next to each other. In the sala, all the remotes and related paraphernalia are next to each other.”

She may not have been directly involved with microchip processing at Intel but she learned a lot from her colleagues about safety and the importance of conducting your own research.

“Before purchasing anything I planned to bring into our home, I did my research. I canvassed. This extended even down to the type of electrical sockets that I had installed. I chose GFCI (ground-fault circuit interrupter) sockets to limit the chance of electrical shock.”

Andres did all the legwork, going as far as Bulacan to get an idea about what was available. While most homeowners treasure their narra floors, she knew that these hardwoods shrink and expand depending on the weather. She wanted sturdy floors that were sustainably made, waterproof and scratch-resistant.

“I considered engineered wood because they are easy to maintain and come in a click style (like a jigsaw puzzle) that make them easy to install. Instead, I went with bamboo flooring that looked like engineered wood with a click style but had all the other qualities I wanted. They were easy to replace, scratch resistant and waterproof.”

Throughout her home-improvement project, Andres had uploaded progress report-

style images on her social media, which caught the interest of friends and contacts.

“I was able to get my first paying project, a property in Eastwood, after the client had seen the work I had done at home.”