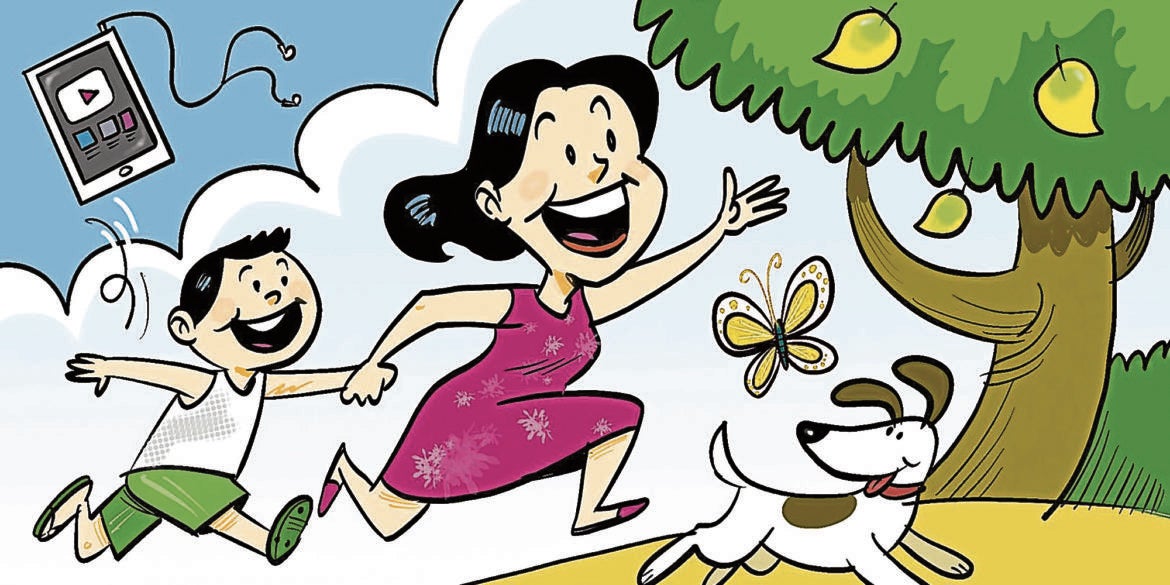 How to raise Generation Alpha, children of millennials

Parents cramming to complete their kids’ modules is not helping anyone. ‘Half the work completed by the child is more valuable than 100% accomplished by someone else’

Expectations are bound to follow an entire generation dubbed as Alpha. Unfortunately, this is also the same generation stuck inside their homes, who might be missing out on socialization and outdoor activities due to the extended lockdowns. Parental presence during the formative years of a child is a blessing. So how do you nurture a generation that you expect to bring on the change the world needs?

“Children are resilient,” said Australian International School deputy head David Esteban. “They would not have an idea of an ‘old normal’ and a ‘new normal.’” What they are experiencing is the only normal they know. And while we may lament what they are missing compared to the halcyon days of our youth, they simply accept what is and make the most of it.”

Esteban suggested that parents still hold play dates, albeit virtually, for socialization. Play dates should not be too long and activities should be planned in advance. Some suggested activities include watching a video and playing games like Pictionary, Bring Me or I Spy with My Little Eye.

“When the time comes that face-to-face peer socialization will once again be the norm, through school for example, then the children will most likely adapt quickly, as children do,” he said.

Families will have to step up for the young ones as they try to fill the void for interaction of the child. But what parents should focus on is keeping their child from having a sedentary lifestyle.

“Regular movement during the day is also key. For every 30- to 40-minutes seated, all of us should make it a point to simply stand and walk. Parents must be conscious of this to ensure that they maximize the physical and cognitive development of their children, now and into the future,” he said.

Kids who are 8-years-old and younger are part of the Generation Alpha. They are mostly children of millennials. Esteban added that they are set to be the largest global generation since the Baby Boomers.

“They are also truly digital natives, having been born into a world of technology and connectivity integrated into their lives. Many have their own gadgets before they are 3 years old,” Esteban said.

Their jobs and challenges will be different compared to what their parents encountered. But they are also expected to adapt to the constant changes.

Esteban said that parents should build their children’s leadership abilities as early as 3-5 years old by encouraging them to remain curious about their world. They should be encouraged to ask questions, explore the world, identify problems and create solutions. The best way to do this is still play. A daily walk to keep them curious of the world around them could help as well.

The child will benefit immensely in the involvement of the parents. He suggested parents ask the three things their child learned at the day’s end and express gratitude for it.

What will not help Generation Alpha is parents doing the work for them. It’s not unheard of when parents do their child’s task for them to be marked complete or to avoid being marked absent.

“What is most important here is that the students perform the tasks set by the school, not the parents. I have heard of parents cramming to complete the modules of their children. This is not helping anyone. Half the work completed by the child is more valuable than 100-percent accomplished by someone else,” he said.

Focus on learning, not grades

He added that the focus should be on the learning rather than on the grades. This is especially true in preschool where developmental milestones are assessed rather than academic standards.

According to Esteban, children need to stay engaged during summer, but the activities need not to be as demanding as a regular school year.

“Studies have shown that in general, students’ cognitive ability decreases after summer breaks. This is not loss of knowledge, but a loss in the ability to think! The exceptions are with children who engage in some form of learning over the break ,” he said. Supplementary lessons on music, academics, sports and yoga are all fine.

Generation Alpha is expected to be the future leaders and game changers. Their training to become one starts now.