From track to streets: The cult of fixed-gear bikes | Inquirer Lifestyle ❮ ❯ 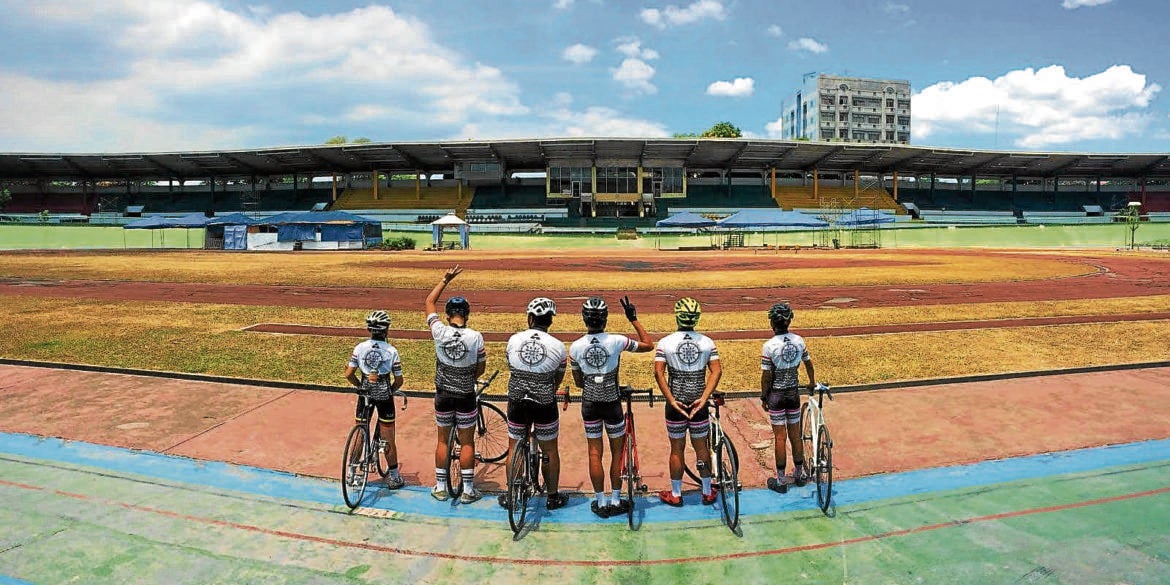 Members of North Side Fixed pose for a photo after a session at the velodrome. —KONG SAAVEDRA

From track to streets: The cult of fixed-gear bikes

They are popular with younger cyclists because of their affordability, ease of use and low maintenance costs

Your speed depends on how much power you generate with your legs combined with the different specs that the bike has, like gear ratios, tire sizes and aerodynamics, which all play an important role in how your bike will function in different environments.

The track bike, or more commonly known as the fixed-gear, is a type of bicycle which as the name suggests, has a fixed gear. The bike does not coast and your legs are your brakes.

Built for track-racing in velodromes, the fixed-gear evolved and has garnered a huge following of hobbyists, professionals and other creatives. Seeing the most action in city streets, the fixed-gear bike is popular with the younger generation of cyclists because of its affordability, ease of use and low maintenance costs. The bike itself is very minimal compared to road bikes or mountain bikes which need cables and hydraulics among many others, for it to be used properly and effectively.

To some, it serves as a form of transportation, to others, a tool to make a living and win championships.

Tikboy, an entrepreneur and cofounder of PussyFxd and RektaValenzuela, uses his fixed-gear as his main mode of transportation to deliver products of his brand. The fixed-gear is one of the main reasons he’s able to pay their bills and make ends meet, especially now during the pandemic.

“Always wear a helmet and be a defensive rider by using lights during night rides,” Tikboy said.

Raffy Magpali, a student and full-time bike messenger, said that the fixed-gear has helped him survive the pandemic by using it as a tool to deliver goods to different places around the metro. “My bike is my main source of income,” he said.JE Itorma, also known in the community as Quacky Wheelie, a professional cyclist and rider for a brand in Quezon City, believes that the fixed-gear has been a big help to him. “My bike helped me love life more especially during the time when I was struggling with my mental health . . . It’s the nature of a fixed-gear—you just have to keep on going, you can’t stop,” Itorma says.

Unlike other bikes where you have the option to shift gears while riding, with fixed-gear you’re limited to use a single-gear ratio, which may be a disadvantage to some, as it may be light or heavy depending on the capability and style of riding of the rider. Visual artist Kiko Escora, also known as ManilaAnimal in the community, has collaborated over the years with local brands in putting out new merchandise and bike parts catering to the fixed-gear community. “A lot of people find the fixed-gear braking system inconvenient, when it can actually make riders more mindful of road situations and immediate navigation, thus, being more careful riding,” Escora said.

Most individuals didn’t start with the fixed-gear as their first introduction to the bicycle, often starting with the BMX or mountain bike. Riders evolve and develop their taste.

But for Theo San Diego, a professional cyclist from Valenzuela City, the fixed-gear was his first bike.

“What I really wanted at that time was a road bike but my budget prevented me from getting one,” he said. Now, he is sponsored by multiple brands, and has also competed in international fixed-gear criterium races such as King of Track in South Korea.

Giancarlo Maglanque, a freelance graphic illustrator and cofounder of North Side Fixed, started riding fixed due to its simplicity. “It’s perfect for my lifestyle, being a minimalist and an artist—it just represents who I am,” he says.

Fixed-gear communities have grown throughout the years as the bike became more and more popular. You’ll find a community of fixed-gear riders in pretty much any city.

“I’ve seen it firsthand when my friend got into a serious accident during a tune-up criterium race. We didn’t know where to ask for financial help for the hospital bills. But when I reached out to the fixed-gear community, groups like Manila Fixed Gear, WeFxd, Built Cycles and The Project didn’t hesitate to help . . . The fixed-gear community is solid,” Maglanque said. —CONTRIBUTED INQ