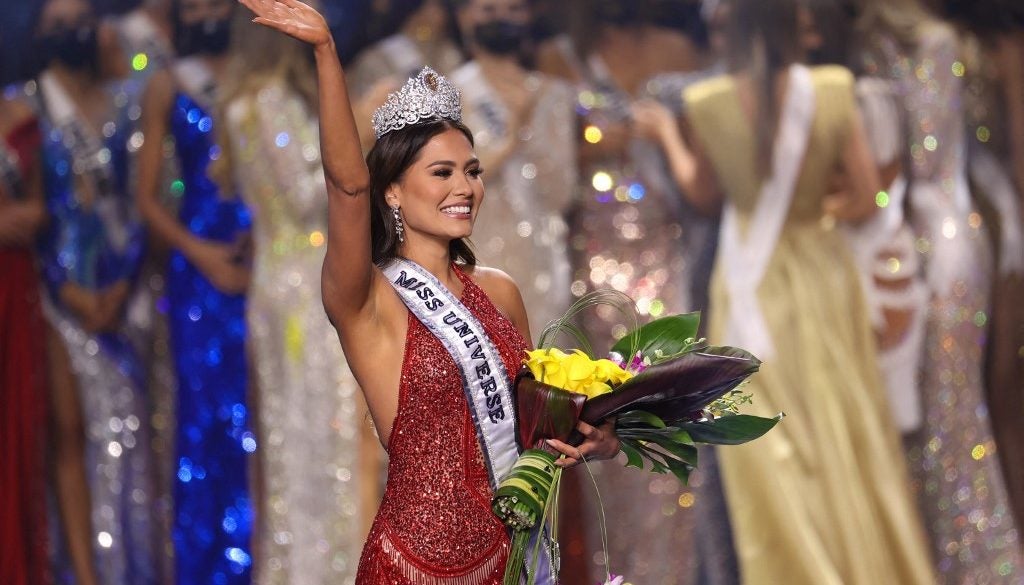 MANILA, Philippines—Andrea Meza was proclaimed Miss Universe in ceremonies staged at the Seminole Hard Rock Hotel and Casino in Hollywood, Florida, in the United States on May 16 (May 17 in Manila), making her the third woman from Mexico to win the prestigious title.

The 26-year-old woman from Chihuahua City beat 73 other delegates from around the world to inherit the crown from South Africa’s Zozibini Tunzi, the longest reigning Miss Universe titleholder in the pageant’s 69-year history.

The recently-concluded competition was technically the pageant’s 2020 edition. The COVID-19 pandemic had put the global contest on hold last year, and the Miss Universe Organization (MUO) is set to conduct another contest later in the year.

Meza was chosen by an all-woman panel of eight jurors, including TV host Keltie Knight, and former Miss Universe titleholders Brook Lee from the United States, and Zuleyka Rivera from Puerto Rico.

Settling for the first runner-up spot was Julia Gama from Brazil, while Janick Maceta from Peru was proclaimed second runner-up.

Meza won the crown 11 years after Ximena Navarrete became the second Mexican woman to bag the title. Lupita Jones became the first Miss Universe winner from Mexico when she won in 1991.

Rabiya Mateo of the Philippines finished in the Top 21.

Four Filipino women had received the Miss Universe crown in the past—Gloria Diaz in 1969, Margarita Moran in 1973, Pia Wurtzbach in 2015, and Catriona Gray in 2018.