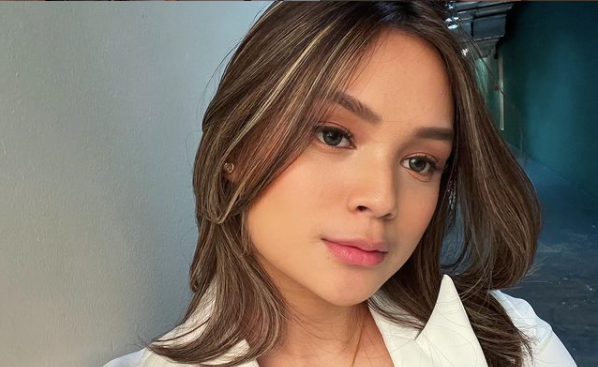 Rising star Danica Ontengco is quite comfortable with playing a “kontrabida” (villain) role, which she has already gotten a taste of through her portrayal of the mean girl Nadia in “Kadenang Ginto.”

“Willing naman po ako, wala namang problema sa akin,” Ontengco said during the online press conference launching the third batch of Squad Plus on May 3. (I am willing to play such roles, I have no problem with it.)

The young actress also related that she often gets into little fights with her sibling, which makes playing a baddie a little easier.

“I think nakuha ko iyon kasi may kapatid ako at lagi kaming nag-aaway… Pero hindi naman po ako masama,” she quipped.  (I think I got it because I have a sibling and we always fight… But I am not really a bad person.)

Now, Ontengco has become so comfortable with playing antagonists that she even just brushes off hate messages.

(I read so many bad comments. But that is nothing to me. It even cheers me up because it’s funny. Instead of getting irritated, I become happier that they comment about me, that they notice me.)

Ontengco also admitted in the press conference that being handpicked to join the fan-fave group of young stars came as a very pleasant surprise.

“Noong una po kasi talagang nagulat ako. Dati kasi pangarap ko lang ito tapos naging part ako ng ganito. Kaya super thankful po ako and super nakakataba po ng puso talaga,” she said. (At first, I was really surprised. It was just my dream before but now, I am a part of this. I am super thankful and it truly warms the heart.)

Aside from acting, Ontengco also runs a Youtube channel where she has more than 600,000 subscribers. Her first entry was in 2010, when she just posted about her toys.

“I video my toys, then I vlog it pero I am not showing my face. That’s how I started. Tapos, I stopped noong tumanda na ako. Next na pinost ko [are] covers. I sing and play with my guitar. Nakita ko na may views, so, why not try make-up videos naman. Tuloy-tuloy na po ‘yun,” she shared.

(I took videos of my toys, I vlogged it, but I did not show my face. That’s how I started. I stopped when I got older. Then, I started posting covers. I sing and play my guitar. I saw that there were views, so, I thought I should try out make-up videos too. Then from there, I just continued.)

Raven Rigor of Squad Plus is open to BL roles