Lorin Gutierrez doesn't want a grand debut party: 'I'd rather give back' | Inquirer Lifestyle ❮ ❯ 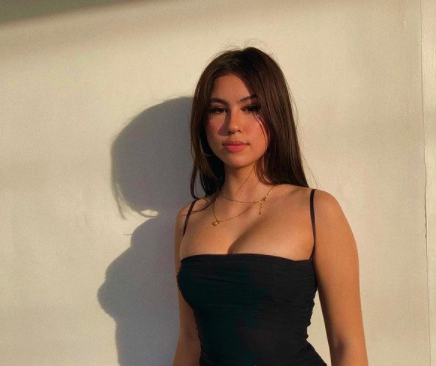 Lorin Gutierrez doesn’t want a grand debut party: ‘I’d rather give back’

Showbiz newbie Lorin Gutierrez, daughter of actress-beauty queen Ruffa Gutierrez, will not have an extravagant debut party when she turns eighteen in August.

“I had a pretty big 16th birthday so parang na-experience ko na ‘yung malaking party setting kasi I had that when I was sixteen,” she said in an online press conference yesterday, May 18, which marked her official entrance into showbiz. Lorin is the latest contract artist of Viva Artists Agency.

Lorin was referring to her Coachella-inspired 16th birthday party held at Whitespace in Makati two years ago. She also feels there is no need to have a big celebration when a lot of people are suffering from the pandemic.

“Again, the pandemic made me realize what’s really important to me, what I value in my life, and it seems unfair to have such a lavish celebration at this time in a world when so many people are suffering,” she said.

“I feel like ayoko naman maging (I don’t want to be) insensitive. And I would rather spend my 18th birthday just with the closest people to me while also giving back to those in need. That’s what I’d rather do po,” she added.

“As of right now, I don’t really have any plan,” she said. “To be honest, I haven’t thought much about it. As of now, I’d rather focus on the showbiz side of things, my career. My mind might change in the future, in a year, in three years, you’ll never really know. I will just have to see where my mind takes me and where my future takes me in terms of beauty pageants.”

Having grown up in the public eye, Lorin was asked who among her elders – mom Ruffa, grandma Annabelle Rama, and uncles Richard and Raymond – is more strict. She revealed it is her mom. Lorin also jested that perhaps her grandmother already poured out all her strictness on her mom, leaving Annabelle already too tired to be a “stage lola.”

“They let me do my own thing [because] they trust me,” she explained.

Lorin is the first daughter of Ruffa (the other one being Venice) with her ex-husband, Turkish businessman Yilmaz Bektas. JB