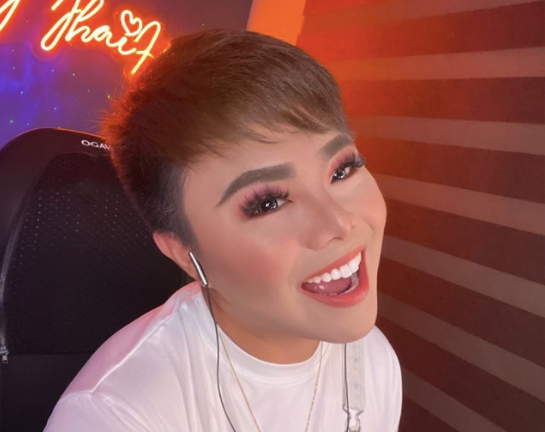 DJ Jhai Ho is comfy in both acting and radio work

Getting into acting is just a matter of course for DJ Jhai Ho who is cast in the movie, “Momshies: Ang Soul Mo’y Akin,” starring Karla Estrada, Jolina Magdangal and Melai Cantiveros.

The MOR radio DJ recalled, during the online press conference for the movie last May 8, that he was given a chance by ABS-CBN and Star Creatives to be part of the KathNiel project “Pangako Sa ‘Yo.” He also did teleseryes while having his radio career, and has appeared in “Maalaala Mo Kaya” and “Ipaglaban Mo.” With these, he considers his segue into acting as not being a major adjustment.

(So I cannot say that the difference is huge compared with working on radio, though the voice is really your investment in radio.)

With TV appearances, Ho said that all you’ve got to do is show the emotions of your character. It helped that he had a theater background while studying in college.

(Before I plunged into soap operas, the Star Magic management and Artist Gallery had me go through a workshop, so I’ll know the difference between acting on TV and in the movies.)

Ho believes in always trusting the process and trusting his co-actors. He is glad that his experience in doing the movie was a welcoming one and he shared that he never felt neglected.

With that, Ho said he tries to reciprocate by giving his “101% best effort.” JB

The secret of Melai’s friendship with Karla and Jolina? Not hiding anything

Jolina Magdangal on playing Melai Cantiveros: It’s so hard I had a headache