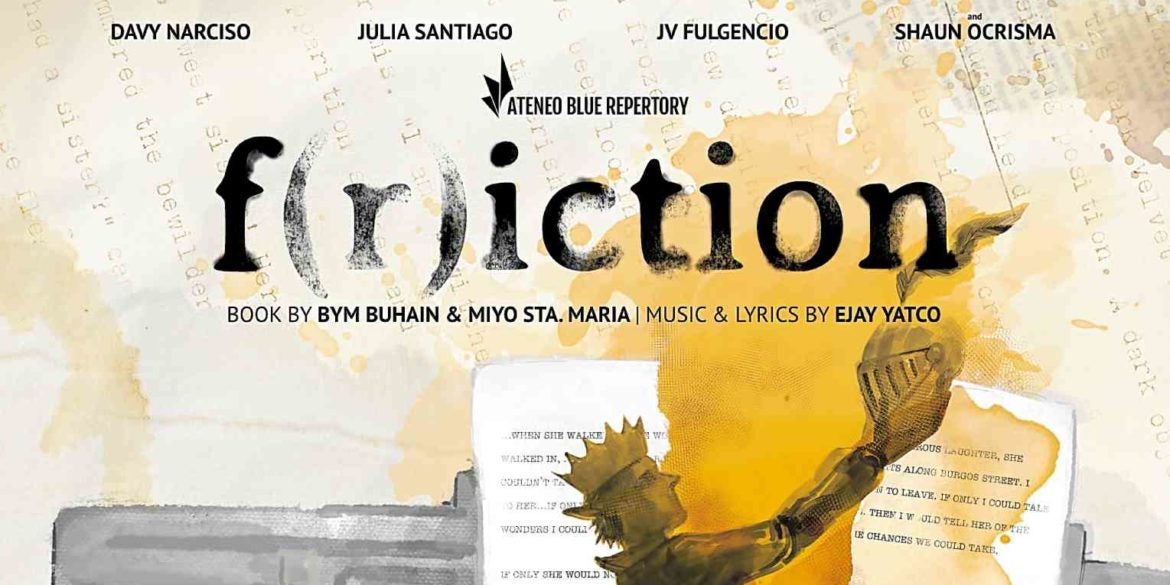 BlueREP prides itself as the Ateneo de Manila University’s premier collegiate musical theater organization, and dedicates itself to staging both local and international musicals, such as “Skin Deep,” “Spring Awakening” and “Next to Normal.” 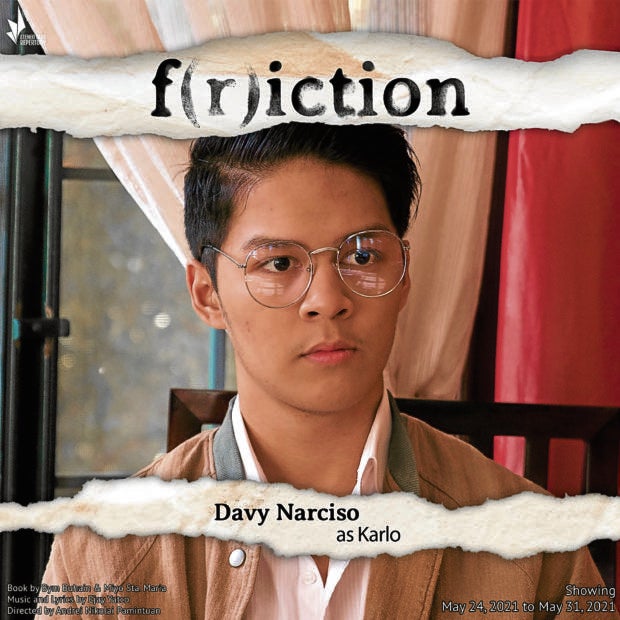 Apart from its long list of successful productions, the organization also fosters and nurtures homegrown talent in the world of theater, with the likes of Gab Pangilinan from “Ang Huling El Bimbo” and Ian Pangilinan from “Gaya sa Pelikula.”

“F(r)iction” is written by Bym Buhain and Miyo Sta. Maria, featuring an original score by Ejay Yatco, and direction by Andrei Nikolai Pamintuan. 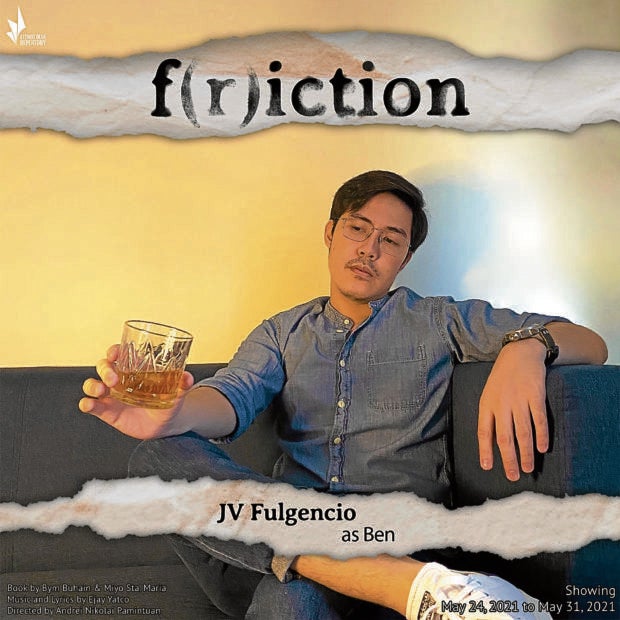 Six years later, the story now follows Karlo (Davy Narciso), a struggling, yet persevering writer on the brink of making a name for himself in the writing industry. As he approaches his first-ever publication, both his life and long-term relationship with Audrey (Julia Santiago) experience turbulence when he crosses paths with the mysterious and charismatic Ben (JV Fulgencio), who challenges his perceptions of the life he is living.

Karlo, unable to distinguish reality from and fiction, experiences inner turmoil and gets snagged in the friction of it all.

The show’s most prominent theme is identity. As the story progresses, the characters learn more about themselves, realizing that perhaps what they thought to be reality is not actually so. Another central theme is growth, as the characters gradually develop into more complex and nuanced individuals. 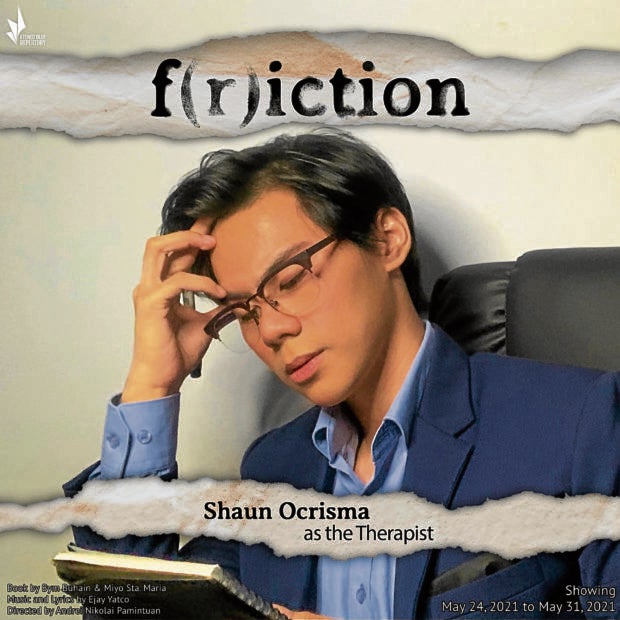 “F(r)iction” is the second virtual production of the organization, following BlueREP’s original production titled “Party Worth Crashing” in January. With “f(r)iction,” the artistic team had to become more innovative in making sure the show fit the online setting. Instead of sending professional recording equipment to the actors, they filmed on their mobile devices, and were directed via Zoom on how to maximize their available resources. To ensure a quality output, the production called for both a sound engineer and editor, positions filled in by Jan Levi Sanchez and Rhadem Musawah.

BlueREP has proven that not only can musical theater survive in a virtual world, but that it can also sustain itself and thrive despite challenges and setbacks. —CONTRIBUTED INQ