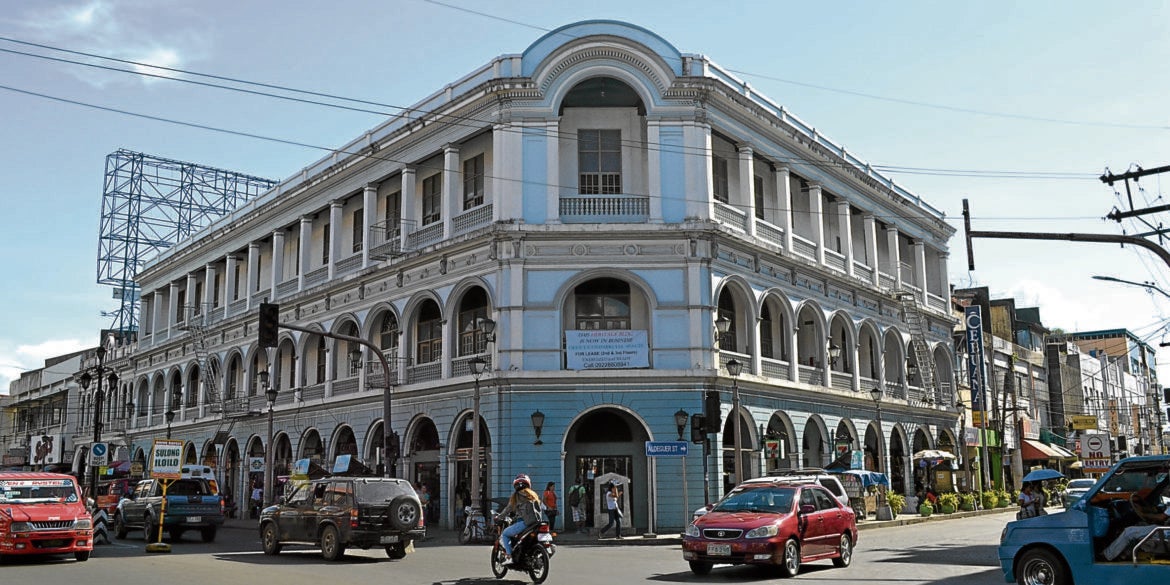 The sightline conundrum in heritage areas has been a recurring issue in the conservation and preservation of heritage structures and areas, with Torre de Manila as the most prominent case.

In 2017, the Supreme Court gave the go signal for the construction of the condominium building photobombing Rizal Monument and other heritage structures in Ermita since the heritage law, enacted in 2009, does not have provisions on sightlines.

Heritage advocates have long been campaigning for the overhaul of the same law to add, among others, the protection of sightlines and vistas of heritage sites and structures but to no avail.

Fortunately, a number of cities in the country have enacted their own ordinances banning mid- to high-rise buildings in and around their heritage areas, such as Vigan in Ilocos Sur and Iloilo City in Iloilo.

However, another issue is brewing in the latter as a high-rise residential and commercial building is about to be built in an area bordering its declared Historic Center where a number of American-era structures still exist and are being used to this day.

In the historical marker installed by the National Historical Commission of the Philippines (NHCP) in 2014, the agency noted that the area is “the center of business in Iloilo which gave way to the opening of a port which helped in the development of the global sugar industry in the 19th century” and has preserved heritage structures of the 20th century.

The project, called Terranza Residences, is a 31-story development at the intersection of Arroyo, J.M. Basa (Calle Real), Ledesma and Iznart streets on Plazoleta Gay, on the fringes of the declared heritage area.

It is being advertised as “the first residential condominium tower in Iloilo Calle Real Heritage Zone.”

The area where it will be constructed was formerly occupied by Admiral Building, owned by the family of Dr. Salvador Araneta and Victoria Ledesma Lopez de Araneta and demolished in the 1990s.

Heritage advocates have raised the alarm on the project on grounds that it affects the visual integrity of not only the declared area but the whole downtown Iloilo, the Spanish-era town of Iloilo.

Iloilo native and director of the University of Santo Tomas Graduate School-Center for Conservation of Cultural Property and Environment in the Tropics Eric Zerrudo said he is “shocked” with this development as “Iloilo was already exemplifying good balance of heritage and development” when it enacted Ordinance No. 54 in 2000, which protects the Downtown Central Business District (CBD).

He said the city had already made gains after the passage of the ordinance, such as the repainting of downtown building ensembles, the holding of the Dinagyang Festival in strategic points of the city, Iloilo River project and the revival of the Jaro district.

“The zoning of high-rise buildings in Mandurriao is very logical but suddenly, how did they arrive at an unimaginable project?” he asks, adding something is wrong with the Terranza project.

“The mayor should have been well advised by planning and the Iloilo City Cultural Heritage Conservation Council (ICCHCC),” he said.

“More so, the developer and owner should also take care of our beloved city,” he added, describing downtown Iloilo as the most intact American-period townscape in the country, which is comparable to the heritage city of Vigan.

Vigan, he said, was able to enjoin adjacent towns to share responsibilities in sustaining its heritage values despite the demands and pressures of development as well as the small land area of the city.

“For Iloilo, the land is big and the sprawl can be horizontal … I really hope a solution could be arrived at,” he said, giving Mandurriao as the best place for high-rise developments.

He said lines of communication between stakeholders must be open to look for solutions.

“I am sure they know the area is a valuable heritage district and certain respect should be accorded to the fabric of the place,” he said.

Ilonggo heritage advocate Ana Maria Villanueva likewise lamented the project that should be part of the new developments in Mandurriao.

“I was interested at first when I heard about the new condominium but when the agent told me it will be in the old part of Iloilo, I got turned off right away,” she said.

“The old part should be protected and preserved, high-rise and modern structures should not be allowed,” she added.

Another advocate, Radha Cambronero, said, “progress does not necessarily mean high-rise buildings [but] most of the time, it will manifest in the preservation of heritage sites amid improving technology.”

Lifestyle learned that the controversial development could actually have been inside a buffer zone if any has been plotted, but a source said there is none.

The same source said that while the ICCHCC is expanding the heritage zone at present, it needs to update its inventory of buildings and craft additional policies, particularly on the height of future developments and public spending on heritage preservation.

Ordinance 54 states that those that are not allowed within the heritage area include “any building or use which is not compatible with the essential character of the Historic Cultural and Architectural fabric of the Downtown CBD Heritage Zone.”

Furthermore, it states that new constructions on vacant lots or areas of architecturally insignificant buildings are allowed provided that it mirrors the architectural landscape of the area and would not go over the height of existing heritage structures.

“Facade design control shall include reflection of height of its arcaded walks, cornice, heights, parapet, roof and opening configuration, which will be evaluated on case to case basis depending upon the design of the neighboring structures,” it notes.

It likewise noted that new constructions or alterations should conform to the scale, material and site plan of existing structures, and that it only allows a maximum of four stories on new constructions inside the declared zone but are subject to evaluations.

The height limitation also includes new constructions in between and beside heritage structures inside the declared zone.

The case of Terranza Residences is tricky as its location is just outside the declared heritage area, but based on the map of the zone in Ordinance 54, the property is right beside the Tong Hua Co Inc. building, which is within the protected zone.

Being the heritage arm of the city, Treñas said members of the ICCHCC unanimously disapproved the project due to height restrictions indicated in the implementing rules and regulations of Ordinance 54.

“However, early this year, the mayor told me this project is outside the heritage zone, which means the ICCHCC can neither approve nor disapprove,” she said.

She said she was “explicitly reminded” by the local government that building is beyond the jurisdiction of the ICCHCC.

The ICCHCC, she said, was planning to expand the heritage zone through an ordinance in July last year but this plan did not materialize, “thus giving way to Terranza—few months too late!”

The NHCP and Iloilo City Mayor Jerry Treñas have not released any statements yet on the issue.

At present, there is a bill filed in Congress on the protection of the vistas and sightlines of heritage sites and structures.

The bill filed by Pasig City Rep. Roman Romulo is titled “An Act Protecting the Physical Integrity of a Cultural Property from Adverse Visual Impact and Penalizing any Obstruction to its View and Sightline, amending for the purpose Republic Act No. 10066, otherwise known as the National Cultural Heritage Act of 2009,” or Bill No. 8829.

A series of consultations and discussions on the proposed bill with heritage experts and other resource persons is ongoing to support the concepts and mechanics of the evaluation of the visual integrity in heritage areas and sites. —CONTRIBUTED INQ