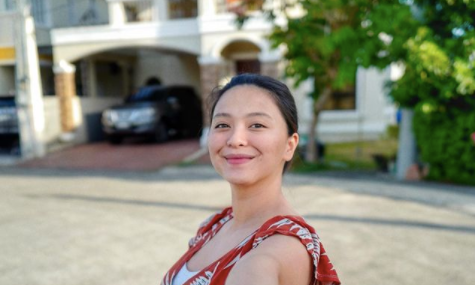 Even while pregnant with her first baby with husband and fellow TV host Juancho Triviño, Joyce Pring is still taking on hosting duties.

Pring shared that some of her fans and social media followers were curious as to how she goes about her hosting despite being pregnant, as per her Instagram post today, May 27.

“Now that I’m pregnant they’re just plain out curious how I’m not hinihingal (gasping for breath) (like I would get DMs about it pa),” she said, accompanied by a short video of her hosting.

Pring then segued to sharing some tips for hosting and public speaking. First, she advised everyone to read a lot, such as “books, news, articles, long captions on social media.” It is also important to listen.

“Like, reaaaally listen. It’s the only way you can adlib well, if you actually listened to what was being said by the speaker before you,” she said.

Her third tip is to “practice diaphragmatic breathing.” Pring also advised fans, as her fourth tip, to “have a general understanding and overview of the entire program before it starts.”

“[Create] a nice little map in your head so you don’t feel lost anytime something [doesn’t] go as planned or you need to pee,” she added

Her last tip is for pregnant hosts. A pregnant host should have a beautiful relationship with her baby too, she said, and this would be best achieved if the expectant mom lovingly holds her belly and talks to her baby.

“Talk to your baby explaining Mama is just at work and will be off to rest on the sofa soon enough,” said Pring, jesting that she would probably feel the “hingal” after she is done with all her commitments. JB

We got them but we don’t see them: Teachers speak up on LET passing rate as not being ‘best and brightest’