Discovering our sexuality is navigating a geography of feelings | Inquirer Lifestyle ❮ ❯ 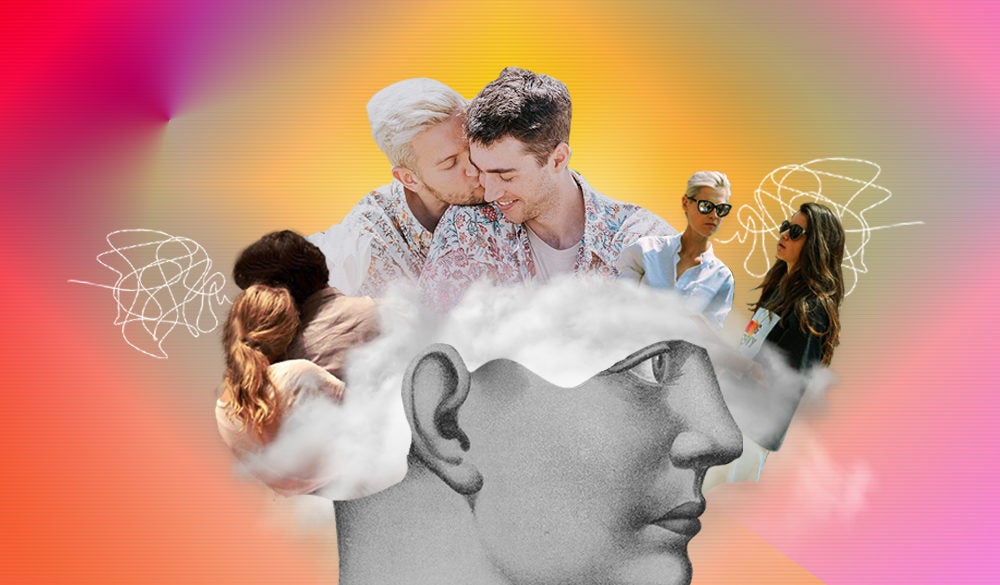 Discovering our sexuality is navigating a geography of feelings

Just recently, Kris Aquino’s son Bimby was in the news for categorically stating, with seemingly absolute conviction, that he was straight.

But that’s not what’s grinding my gears, though.

In a news article that appeared on my Facebook feed, I can’t help but see all the comments and reactions from my circle: those laugh emojis and taunts from people, some whom I personally know.

The thing is, it’s one thing to see the cis-hets (cisgender heterosexual people, Google this up if you’re unfamiliar with your SOGIE terms) mock a boy for being effeminate. Growing up, LGBT+ people like us know the type very well: the bullies who are threatened by our existence. The ones who thought that making our lives miserable would either turn us like them or make us hate ourselves enough to self-destruct.

It’s another to see people from our own community jeer at a fourteen-year-old boy, questioning his identity and certainty.

Granted, there’s the question of: could anyone be really sure of who they are at fourteen?

I know I wasn’t. I remember having a crush on one of my female high school classmates, trying to imagine myself in a romantic relationship with her. I wrote love letters and grew a sunflower, thinking of performing a grand gesture to impress her.

But there was always that lingering feeling that something was off.

Not that anyone convinced me to be gay. Nobody turned me into being one.

It’s honestly hard to describe it to someone who hasn’t experienced it: words can only skim the surface. How I describe it though is that it is an alignment of sorts. You see your life as a vista, of multiple realities, like doors that you could open. And then you realize that there is that just one door, one path, that feels right. The one road I needed to walk.

Danton Remoto’s new novel “Riverrun” captured the vividness of this state of questioning and uncertainty, as the main character of the book described the many sensations he experienced amid a backdrop of social upheaval. At first, I was slightly annoyed at how the character paid attention to so many sexual details, describing buttocks as “islands rising and dipping in the water” and penises as “a stick of sugar cane [that] became a tube”, the many metaphors to communicate gay lust. These were then interrupted by what I thought were performances of closetedness, such as reading Playboy and liking a girl.

And then I realized: but that’s how youth is, isn’t it? That the world is so clear and sharp: every curve and line–every scent and flavor–a razor that cuts deep. These are details of youth that haunt us in our old age, its brilliance we try to look for.

But in much the same way, the very clarity of things, at how the world seems so obvious and knowable, is just half of the picture. There’s also the confusion, the questions that arise within us. What do these feelings mean? Who am I, as myself? As part of the larger whole?

My annoyance stemmed from the frustration of confronting those uncertainties once again. As we grow older, we want the world to seem a bit more (if not wholly) certain, and then the truth hits us: there’s still so much to know, there’s still so much that we aren’t genuinely certain about! The perpetually shifting ground beneath our feet is a discomfort, with old age taking away our ability to balance on the paradoxes that contradict each other.

Seeing adults attacking a teenager like Bimby speaks so much about the worldview of these people. We impose our desire for certainties on someone who has yet to figure out the world on their own terms.

And so what if he’s gay? Why do we expect him to know who he is wholly at that age, when we, the older ones, also haven’t fully figured out ourselves yet?

In an LGBT+ inclusion talk I recently gave to employees of the US Embassy, I concluded: the field of gender studies is fairly nascent. We’re still trying to understand so much about the dimensions of human sexuality.

We shouldn’t automatically invalidate people’s experiences and try to practice as much empathy as possible when approaching people.

This is what we all need: just a bit more empathy, as we try to navigate (to use a beautiful line from “Riverrun”) “a geography of feelings…from the hidden treasures of a cave to the sea shimmering like the roundest of pearls.”