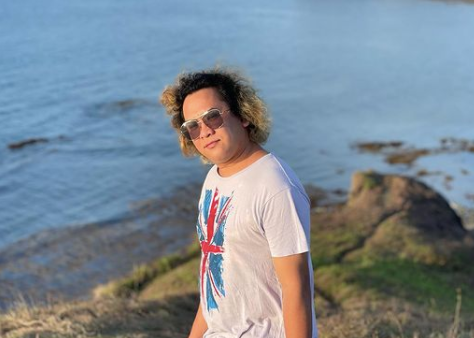 Directing his first Star Cinema movie is no easy feat, but Easy Ferrer conquered it

With a cast of so many actors, directing his first movie for Sta Cinema, “Momshies: Ang Soul Mo’y Akin,” proved to be the biggest challenge yet for Easy Ferrer.

(This is a dream cast for me – Karla Estrada, Melai Cantiveros, Jolina Magdangal. Then, as it was being completed, there’s Thou Reyes and  Juliana Parizcova, so how will this be? Of course, there are different levels of comedy. There are different facets and they are capable of throwing in different kinds.)

With that, Ferrer felt like he was in a “royal rumble” where he could sink in the middle.

(When I was in the hotel after the first night of shooting, I was in a blank. They know that. When we were having the briefing, I was just staring into space and overwhelmed, because they were so many, and each one has a different personality to throw in. I would be eaten alive.)

But being the fighter that he is, Ferrer didn’t shy away from the pressure.

“Eh, ipinanganak akong laging lumalaban, lumaban ako sa day one,” he said. (I was born to fight, so I fought right on day one.)

Ferrer had an easy time directing because the cast members were all professionals and not one gave him a headache.

(I was happy because I saw their skills aside from doing comedy. They have the skills to give what the director wants. They understood that I needed to fine-tune them, that I needed to weave them properly.) JB

Thou Reyes heaps praises on momshies Karla, Jolina and Melai

The secret of Melai’s friendship with Karla and Jolina? Not hiding anything