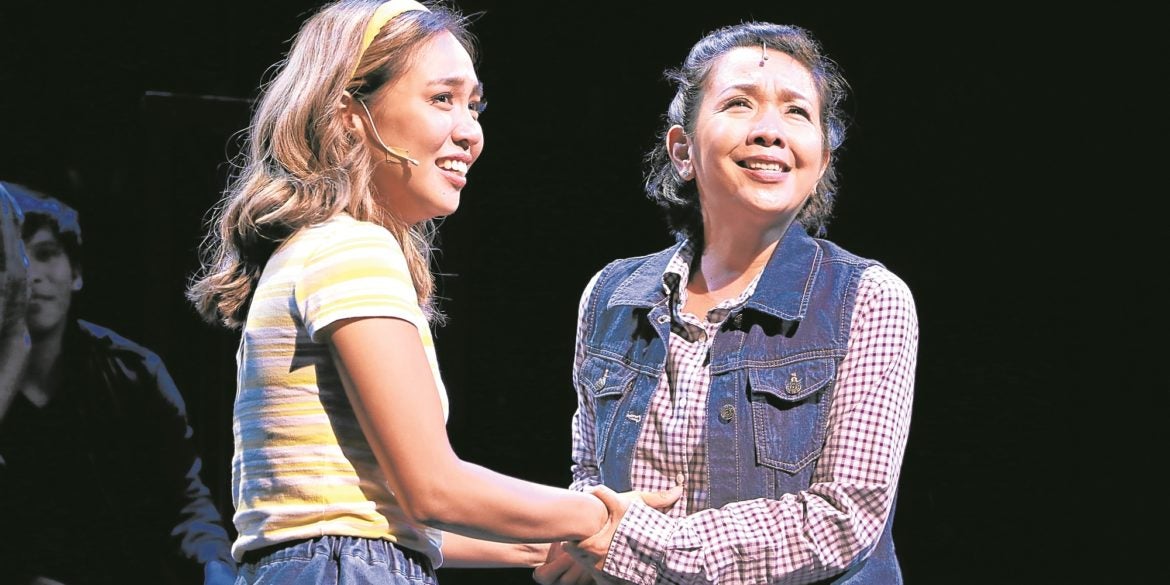 Finally, ‘Rak of Aegis’ to stream in July

The longest-running original Filipino musical “Rak of Aegis” will be available on paid streaming this July, the culmination of Philippine Educational Theater Association’s (Peta) shift to the digital platform while live theater is indefinitely on hold.

Written by Liza Magtoto and directed by Maribel Legarda, “Rak of Aegis” has been Peta’s sold-out workhorse for seven seasons. Audiences have watched—and rewatched—the impoverished community of Barangay Venezia sing hit songs of the ’90s band Aegis. Birit videoke songs got the theater treatment, with the musical direction and arrangement of Myke Salomon.

With creative choreography by Gio Gahol, the impressive set by Mio Infante, lights by Jonjon Villareal, costumes by Carlo Pagunaling and shoes by Maco Custodio, “Rak” has delighted many Filipino audiences.

“Rak” has evolved, and the last season was the best staging yet. No two shows were similar, and Peta aims to bring the jukebox musical’s colors and dynamic energy into people’s homes.

Filipinos overseas who have missed the run can watch online, and contribute to Peta’s sustainability. The pandemic has forced the theater to let go of 20 percent of the staff and implement pay cuts. “It was one of the hardest decisions in our 54-year history,” said Peta president Cecilia B. Garrucho on the Zoom launch.

Peta was quick to offer online theater workshops at the start of the quarantine, but the company still needs funding till in-person performances are back. Garrucho appealed to the public, who have supported the community pantries offering food, to support the arts as well in offering “intangible food through a cultural pantry.”

“Every ticket sold will help us sustain our operations and activities which would mean jobs for Peta artists, teachers, and production and technical staff,” Garrucho said.

Legarda said it took a while for Peta to offer “Rak” online due to technicalities, but the team is more confident now after holding the “Festival of Windows” digitally, and streaming musicals, such as “Care Divas” and “Si Juan Tamad, ang Diyablo at ang Limang Milyong Boto.”

Executive director Beng Cabangon added that Peta will also hold a voter’s education program to encourage the youth to register and vote.

Just like the residents of Barangay Venezia who got stuck in floodwaters for months, the people of Peta are moving forward with a story of hope and resiliency. Nothing beats live theater, but Legarda was proud to still have a live component in the streaming: “At least ’yung concert naman ma-live namin!”What’s next after the “Rak” streaming? Legarda said nothing is finalized yet, but a “Rak of Aegis” movie might happen in the future. INQ

“Rak of Aegis” online is part of the Linggo ng Musikang Pilipino 2021 celebration and a banner project of the #TakePETAbeyondCOVID fundraising campaign. Tickets to the Aug. 8, 10 a.m. streaming are available on TheaterFansManila.com, @theaterfansmnl on Instagram.