Andi Eigenmann, family get 'stuck in the middle of nowhere' — but still find it fun | Inquirer Lifestyle ❮ ❯ 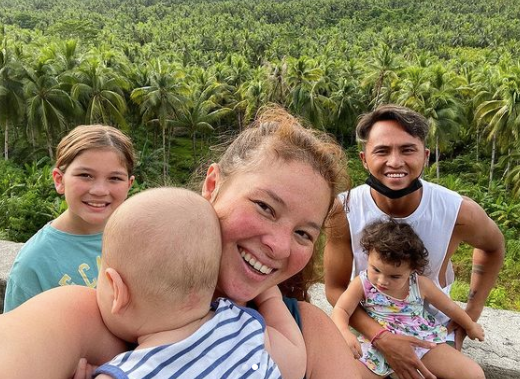 Andi Eigenmann, family get ‘stuck in the middle of nowhere’ — but still find it fun

Being stuck in the middle of nowhere can yield lessons for a family, as it did for actress Andi Eigenmann with hers recently.

It all happened when she and partner Philmar Alipayo, along with their children, had to stop in the middle of a road after their car broke down in Siargao, where they are based.

“I knew when I posted these pictures, that I wanted to share the hassle of a day we had. But as I scroll through, I notice the big smiles, and can’t help but recall this moment as a fun one,” she said on her Instagram account, June 6, where she showed images from the day.

“All we had was each other. We had no signal/ no water/ we were sticky sweaty from the hot summer air and we were (mostly papa) being eaten alive by noknoks,” the actress recalled.

Eigenmann realized that there are times when things don’t go one’s way and it can be very upsetting.

“But we can also accept it graciously and be grateful instead,” she said, noting that this is something she and her partner want to instill in their children. But later on, she thought perhaps it was the kids that thought them the real lesson.

“Not once did they complain, they were just enjoying themselves, being out in the world, amongst all those coconut trees. They were just curious about what had surrounded them, and it was just papa and I that joined in on their little adventure,” Eigenmann said. “It’s nice to stop and try to see the world through children’s eyes. And allow that to help us find joy in the simplest of things.”

Eigenmann is a mother of three and gave birth to her first son with Alipayo last January. JB