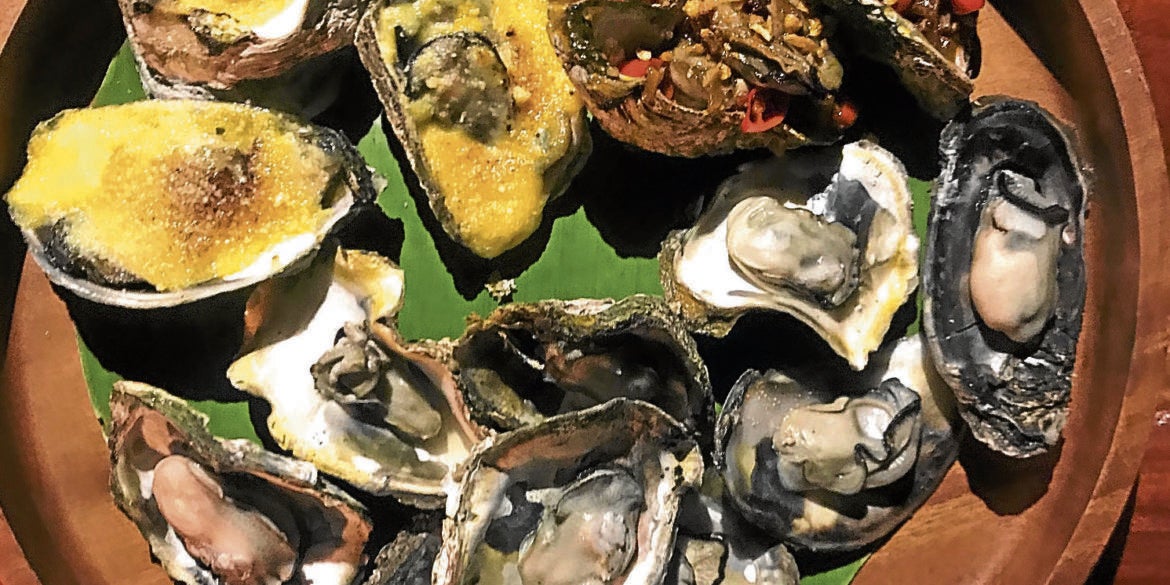 Food crawl of everything from ‘carinderia’ fare to beach resort offerings

Iloilo is a food destination that just keeps on giving. I was back in the province for work last week, and apart from paying respects to the brands I’ve come to love—namely Roberto’s, Maridel’s, Breakthrough and Saint Martha—I discovered a slew of new and highly recommended food items that further cement its claim of being a food haven.

There’s Jackie Tinsay who, as a kid, learned the basics of baking from her grandparents and mom, who used to run their own bakeries. Playtime would often be spent in the kitchen, not with toys, but with floured aprons and rolling pins. As an adult, she went into retail, but since the pandemic has given her a lot more time on her hands, she recalled the things she observed and learned from her family and took to baking as a hobby.

She’s not one to waste idle time, and so her ovens got very busy, churning out cakes and pastries, which her neighbors got to sample. Not long after, they started ordering from her, forcing Jackie to finally set up W Kitchen (@wkitchen.ph on Instagram), her very own home-based confectionary brand, born June last year.

Her menu includes Burnt Basque Cheesecake as well as chocolate and keto versions of it, a naked lemon cake studded with mulberries from her backyard, a range of jelly rolls and bundt cakes, and tiramisu using savoiardi biscuits. Everything is done from scratch on the day of pickup, guaranteeing freshness and good quality.

Among her savory bestsellers are her pizzas, made from dough she kneads herself. Since it takes time and elbow grease to make the crust, she can only accommodate a certain number of orders per day. Those who get lucky are rewarded with leopard-spotted crusts topped with an assortment of ingredient combos such as bacon and pesto, and ham and oyster mushrooms.

Some of the best street-side shacks and carinderia can be found in Iloilo. And this claim is backed by proteins that are cooked perfectly well and flavors that aren’t muddled with MSG.

A proof of this is Cyril’s Eatery across the Central Market. They have been operating since 1969, selling crowd pleasers such as lechon paksiw and dinuguan. It is run by the Igbante family.

The space is tight, and eating inside feels like you’re locked in a sauna, as there are no walls that separate the kitchen from the dining area. But the appetizing aroma is more than enough to make you endure and forget the heat—more so when your orders land on the table.

There’s a lot to indulge in, but I recommend the dinuguan, which is cooked with lemongrass; the nilaga, which comes in a mug of warm broth with a beefy flavor from long hours of boiling; and the pièce de résistance, pork chop that’s cut from the pig’s shoulder. It’s lightly breaded and golden fried. When dipped in banana ketchup, it lends a savory bite that steak might find hard to match.

Beng’s showcases fresh seafood brought in from the very place its six owners hail from, Roxas City. The concept was actually born during a night of drinks among friends. Someone suggested to open a paluto-style restaurant similar to the those found on Baybay Beach in Capiz. One of the guys took it seriously and began looking for a space the next day. The bamboo restaurant opened to an excited crowd last December.

Edward Tresico used to be a contractor, but the appeal of farming and running his own business attracted him so much that he filed for early retirement to get his hands dirty.

He studied agriculture in Sri Lanka, flew home and bought 7 hectares of land in Barangay Buenavista in Tigbauan. In 2010, he opened the Dreamer’s Valley Camp, and he and his wife Serma started supplying vegetables to shops and restaurants.

A portion of his lot has also been turned into an animal pen where he tends to black pigs, turkeys, native chickens and fish. He also has dorms and air-conditioned rooms for those who want to spend the night at the farm.

At his restaurant, he serves farm-to-table cuisine and items harvested from his land. He has a variety of native chicken dishes such as binakol, adobo and tinola. Customers can also preorder his buri-glazed turkey and native baboy-ramo lechon. But for walk-in guests, I suggest you order the native chicken linagpang, a soup with a gingery smoked flavor, which comes from the grilling of all ingredients before boiling them.

The Richmonde Hotel on Megaword Boulevard is my choice of home whenever I’m in Iloilo, not only because of its spacious rooms and friendly service, but also because of their ensaymada, Ilonggo chicken adobo, and my latest find, the palabok con aligue. Apparently, it’s what many locals order at The Granary Restaurant manned by chef Jefferey Ticao.

It comes as a mound of fried rice noodles covered with sauteed shrimps. A piping-hot crab fat sauce is poured tableside, producing a crackle that gets the mouth watering. The plate is finished with a generous sprinkling of crushed chicharon, sliced boiled eggs and a squeeze of calamansi. Everything is then tossed together, resulting in a modern pancit interpretation that offers more interesting texture than the usual.

The Sol Y Mar Beach Resort in Tigbauan has been around for more than two decades now, yet their food has never been as good as of late, thanks to Ariel Castañeda, who stepped in last January as a consultant. The 30-year-old is considered by many as a promising young chef, and his skill and good palate show in the food he served us at the Funtalan deck, fronting the Iloilo shoreline.

His meats and seafood are simply seasoned with salt and pepper, allowing their naturally good flavors to take the front seat. His tortang talong is loaded and can be enjoyed with a trio of condiments—guinamos, spiced vinegar and ketchup. The sinigang sa batwan; laswa, a vegetable soup; and the kadyos, baboy at langka with sauteed camote tops left an impression on me. In fact, with no one else noticing, I had more than my fair share of these three items.

They recently opened a pizzeria within the half-hectare compound. The pizza has a sourdough base, and is fired inside a brick oven. Most of their vegetables and fruits are hauled from the resort’s very own eco farm, located walking distance away. INQ