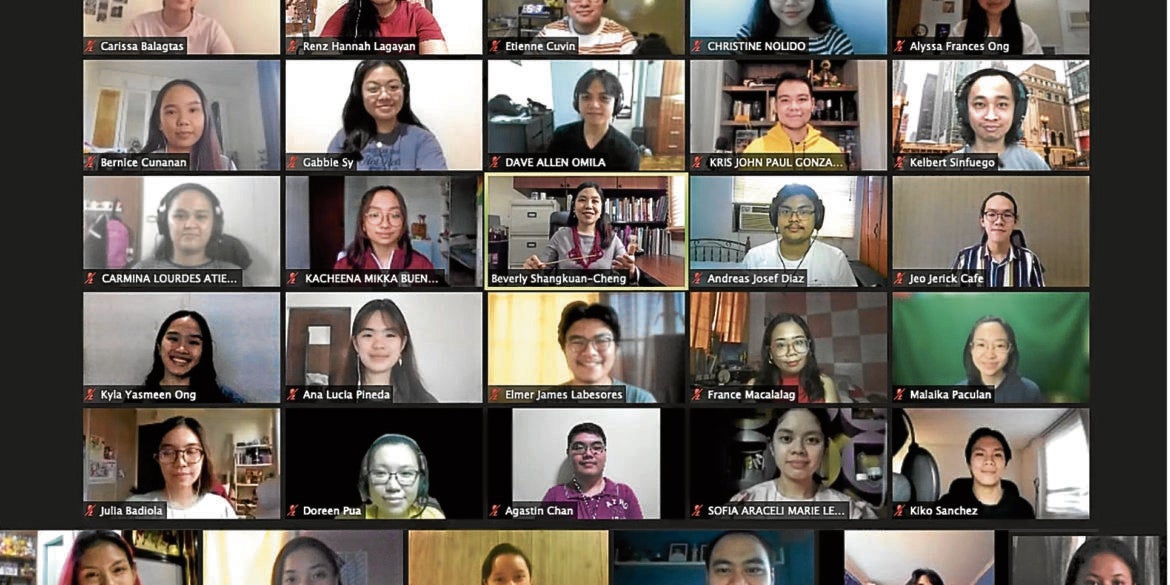 As one listened, one imagined the hardship of rehearsing when face-to-face choral coaching is forbidden

In her introductory remarks, ACGC conductor Dr. Beverly Shangkuan-Cheng said that Bach’s music “can connect to one’s innermost being through its amazing architecture and technicality, combined with unparalleled expressivity,” and it’s a perfect time for such music to “truly speak to our minds and hearts.”

Its performance was preceded by the singing of an unaccompanied contemporary work by Nyut Nystedt, “Peace I leave with you, my peace I give you,” a phrase lifted from the Gospel of St. John. The singing was majestic, done by some 35 talented singers that included alumni of the choir. The same singers were heard again in the final movement of Bach’s piece.

Peace and freedom are paired. For, indeed, in Shangkuan-Cheng’s words, “Being free is being at peace.” Eloquently, she stressed, “When we are free to ‘let not our hearts be troubled,’ we can be free to grow in excellence and fulfillment.”

The performance was excellent. Tonal balancing was remarkable. And as one listened, one imagined the hardship of rehearsing in the time of pandemic when face-to-face choral coaching is forbidden. Indeed, this was a heroic task that the choir engaged in with astounding success. It was such a new learning experience, as the conductor would connect with her singers online, at times hampered with problems of connectivity.

Jett Galindo, an alumna of the choir who is currently in the United States, served as audio editor. Her expertise made listening superb and utterly gratifying.

The choral singing that followed was full and resonant. Tonal blending was sensitively done and was capped with a joyous “Hallelujah” at the end. In fact, all the seven vocal movements ended with a hallelujah, expressive of the sentiment such a movement was etched on.

Soloists were drawn from the choir itself, except for an alumnus who is taking up graduate studies in voice in the United States. These soloists had shown remarkable promise: Carmina Atienza, soprano; Agastin Chan, tenor; Kris Gonzales, baritone. Countertenor Kyle Tingson, an alumnus of the choir, sang with aplomb. His tones were tempered and evenly placed.

Cristopher Arceo, the vocal coach, did a fine job of ensuring good singing and ensemble work. Kelbert Sinfuego, music theory instructor, on the other hand, ensured solid theoretical understanding of the music.

Bringing Bach to the contemporary plane was a remarkable feat of the conductor. Truly, the joy of deliverance, freedom from death that Easter brings, is magnificently celebrated in Bach’s music. —CONTRIBUTED INQ