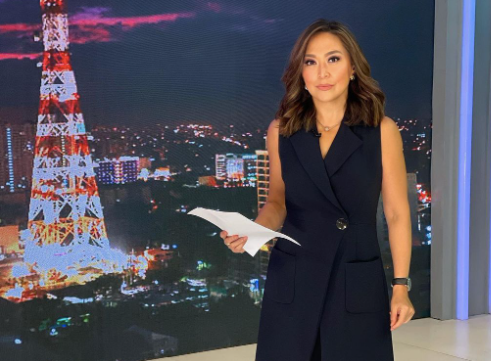 ‘Name your price’: Karen Davila recounts incident when she was offered a bribe

Broadcaster Karen Davila revealed in an interview with talent manager Ogie Diaz that she has been offered bribes to make favorable commentaries, but she has turned down every single one of them.

Davila was asked by Diaz in his latest YouTube vlog, posted June 6, if there were times when she was approached by anyone for bribery. Davila answered yes, further revealing that the biggest offers were for radio.

(You know, the biggest attempt for bribery is on radio, because in radio, you don’t know what is commentary, it’s easy.)

Davila then stressed that she never accepts a bribe.

“At ito po ang masasabi ko sa inyo na talagang with a straight face is, all the times na I have been offered I have never taken a single centavo in my life,” she said.

(And this is what I can tell you with a straight face, [in] all the times that I have been offered [bribes], I have never taken a single centavo in my life.)

Davila asserted how she values her profession and would never smear it. She also reminded everyone that the news industry in the Philippines is actually small, therefore, it could easily be known to everyone if someone is accepting bribes from politicians.

When Diaz asked Davila what was the biggest bribe offer she received, she said, “[There’s a] ‘name your price.’ [The person said], ‘Name your price kada buwan’ (every month). I said, ‘What?.'”

She was surprised when the person named some anchors: *This guy, this is his price, this other guy, this is how much he received.”

Davila then narrated how she was asked to dine out one time, where the bribe was offered. She recalled that the bribe concerns an oil industry issue. She was apparently told, “Karen, no one will ever know.”

“And I said, ‘But I will know’. And I said, ‘It’s not true that no ever knows… people will always know,’” the broadcast journalist said. JB