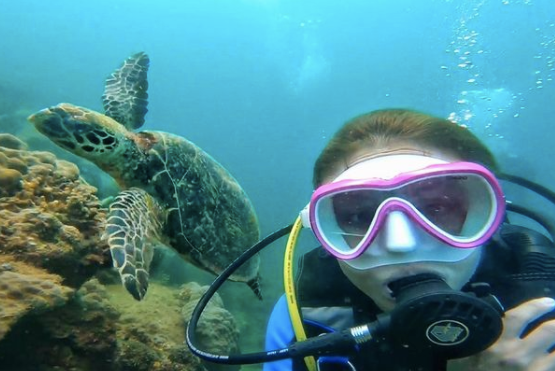 Gretchen Fullido appeals for protection, preservation of the ocean

Entertainment anchor Gretchen Fullido is asking the public to help protect and preserve the ocean as it is on the brink of destruction, in line with celebrations for World Ocean Day yesterday, June 8.

“The ocean covers over 70% of the planet. It is our life source, supporting humanity’s sustenance and that of every other organism on earth,” she stated via Instagram also yesterday, as she showed herself in one of her dive outings. “The ocean produces at least 50% of the planet’s oxygen, it is home to most of earth’s biodiversity, and is the main source of protein for more than a billion people around the world.”

But with destruction, the ocean needs all the support for it to survive as “90% of big fish populations depleted” and “50% of coral reefs destroyed.”

“We are taking more from the ocean than can be replenished,” Fullido pointed out.

To really protect and preserve the ocean and everything dependent on it, Fullido believes “we must create a new balance, rooted in true understanding of the ocean and how humanity relates to it.”

“We must build a connection to the ocean that is inclusive, innovative, and informed by lessons from the past,” she noted. “World Oceans Day reminds every one of the major role the oceans have in everyday life. They are the lungs of our [planet] and a major source of food and medicine and a critical part of the biosphere.”

Fullido explained that the public should be informed “of the impact of human actions on the ocean,” and the whole world must be united in creating actions for the sustainable management of oceans. JB