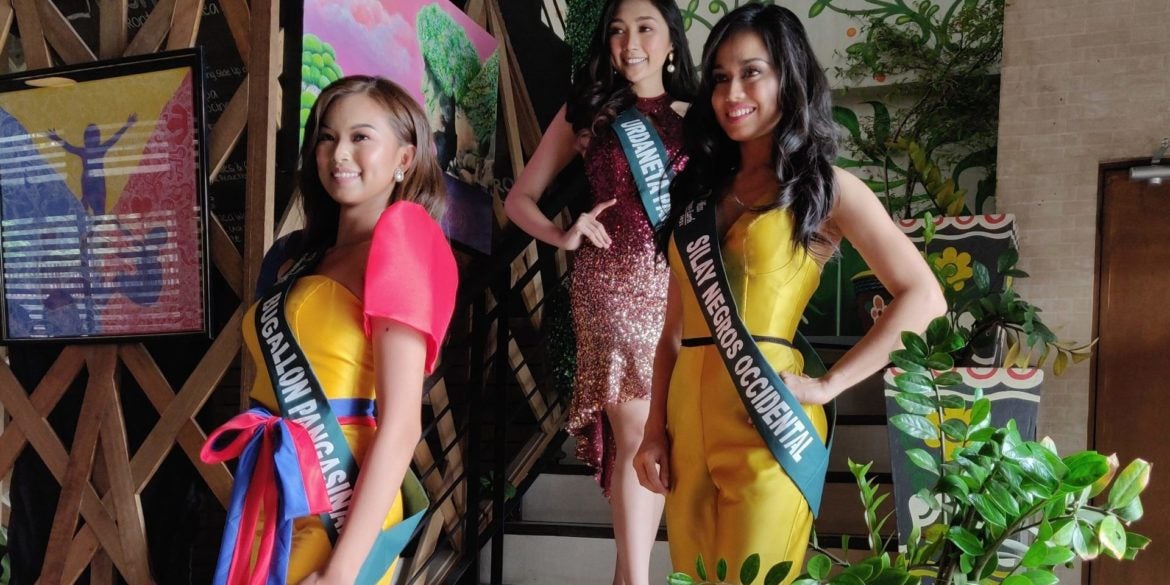 MAKATI CITY, Philippines—Because of the COVID-19 pandemic, the Miss Philippines Earth pageant will stage a virtual competition once again like it did last year, amassing 66 delegates from all over the country for its 21st edition, which was the biggest haul for the environment-themed contest.

Among this year’s roster of aspirants are seasoned pageant queens and newbies.

The two accomplished queens are joined by rookie Chynna Kay Verosil, who just turned 18 in May and is one of the youngest contenders this year.

The three contestants met a select group of media scribes at Café Lupe in Antipolo City on June 7 to discuss their participation in the 2021 Miss Philippines Earth pageant.

De Ocampo, who took a leave of absence from her job at the country’s flag carrier, holds a tourism management degree from La Consolacion Bacolod. She told the Inquirer that this is the first time that she will compete in a national pageant.

Fernandez, who holds a tourism management degree from Centro Escolar University, is an international line crew. She also said that her pageant experience only includes the city pageant where she won, and several campus beauty contests.

Verosil, who just graduated from Senior High School at PHINMA University of Pangasinan, had no pageant experience whatsoever.

“I believe it won’t hinder me from being a good ambassadress for the environment, and representative for the Philippines in Miss Earth,” she told the Inquirer.

“I believe being young is an asset, because I have the energy, passion, and commitment, and I put my heart in everything I do,” Verosil continued.

The two Pangasinan lasses are eyeing the province’s first Miss Philippines Earth victory. The highest placement for a Pangasinense was the Miss Philippines-Fire crown won by Shannon Rebecca Bridgman of Rosales town in 2016.

De Ocampo will try to become the second woman from Negros Occidental to bring home the bacon. Sandra Seifert from Bacolod City won in 2009, and was also crowned Miss Earth-Air in the international Miss Earth pageant.

The 2021 Miss Philippines Earth pageant has already kicked off its virtual competition with a series of online auxiliary contests.