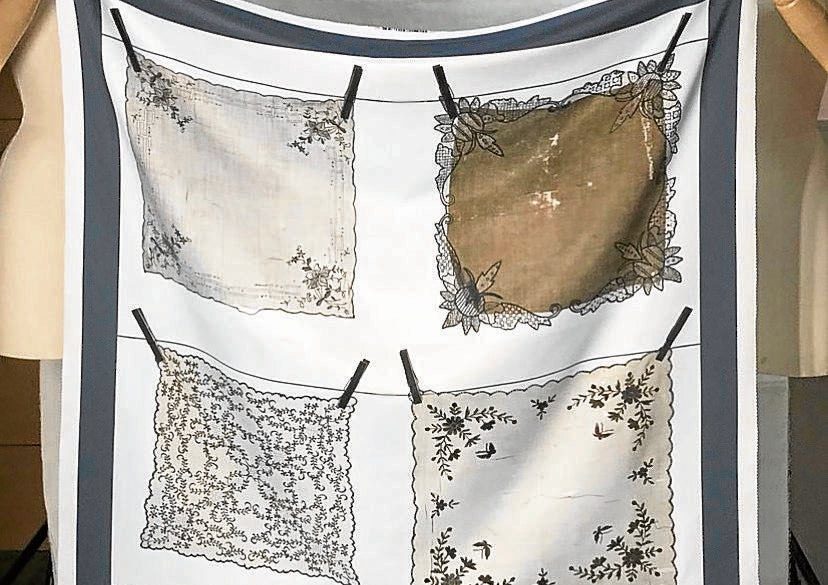 For ‘Postura,’ she photographs vintage ‘barong’ and ‘panyo’ and prints them on her now signature silk scarves

Then came scarves with photos of barong, the “Barong ni Tatay” collection, the garments of which were borrowed from friends, also sold out at bazaars.

When the pandemic hit, these same images found their way on face masks, and later on on aprons that doubled as dresses and vests. This year, it was supersized florals on shirts and tops and reversible skirts.

To mark that first baul collection, Bitagcol just rolled out a collection of more photo-printed silk satin scarves, which she calls “Postura,” featuring images of vintage barong Tagalog and handkerchiefs. They’re available online for now (@joannbitagcol on Instagram), and at Katutubo Pop-up Market in July. 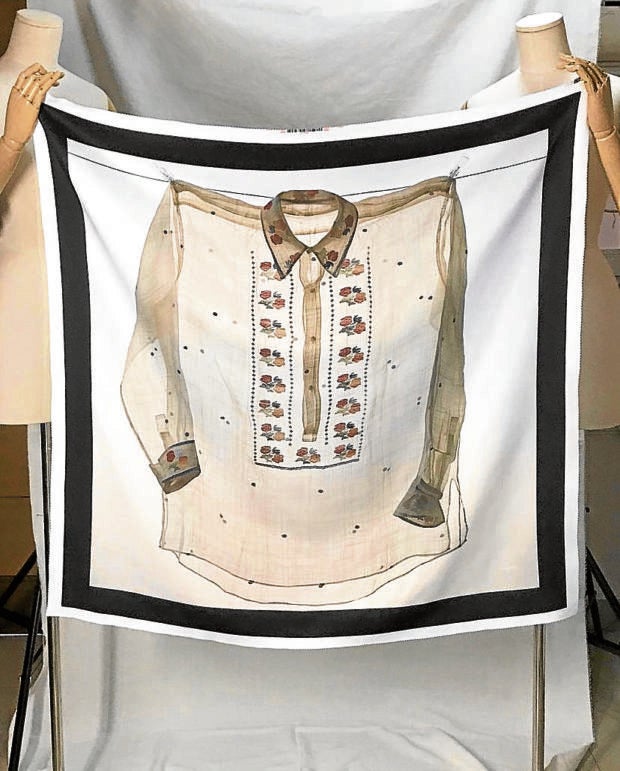 The latter is an homage to the embroidered or monogrammed panyo that were de rigueur in the art of dressing from a bygone era. Like the delicate barong, they’re hung on clotheslines and photographed. The effect shows the gossamer sheerness of the fabrics and highlights the vintage embroidery details.

The barong and panyo collections were on loan from the archives of award-winning scenographer Gino Gonzales. Bitagcol sees the collection evolving into clothing, like her previous efforts.

Though the pandemic has posed challenges in logistics and production, Bitagcol expressed relief as she was able to continue working throughout the lockdown. The edging of the scarves, which come in four sizes, are sewn by her sister.

Bitagcol’s goal, she tells Lifestyle, is to make her line 100-percent Filipino. That’s as soon as she finds a local printer that can do bigger sizes. For now, she outsources the printing overseas. 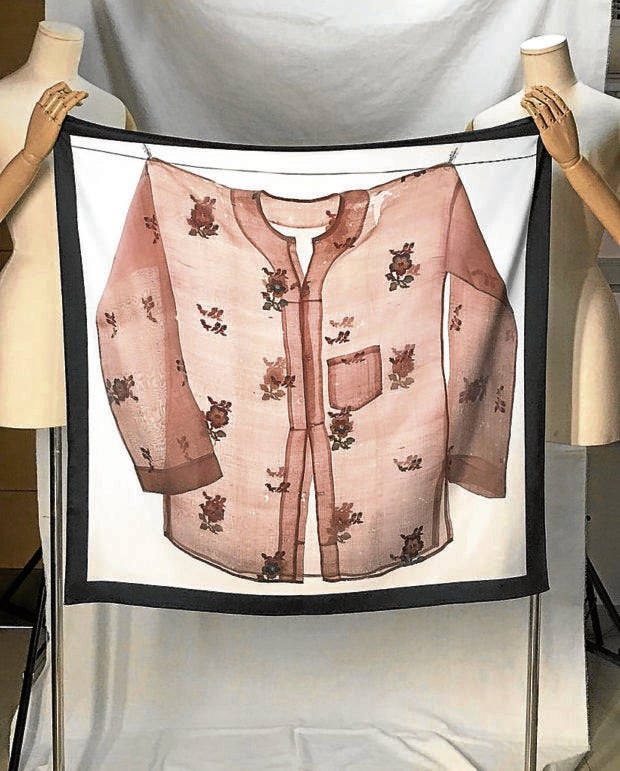 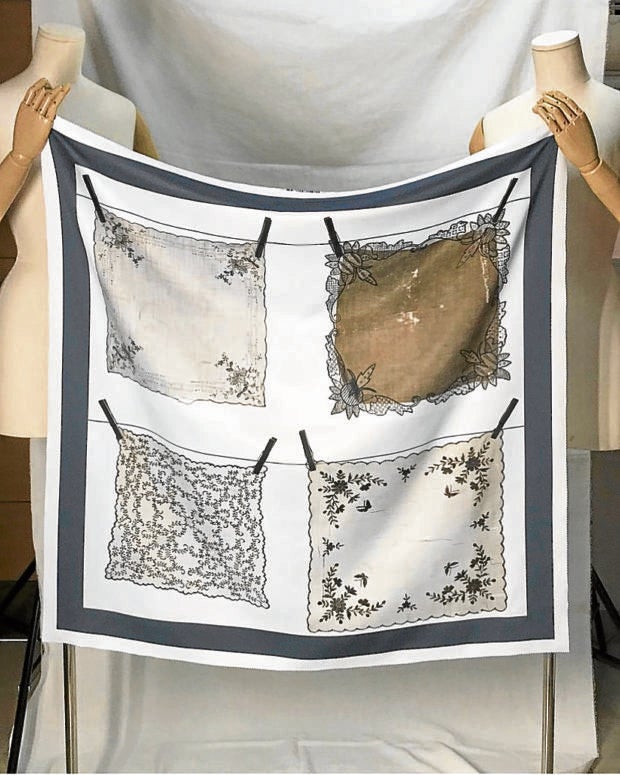