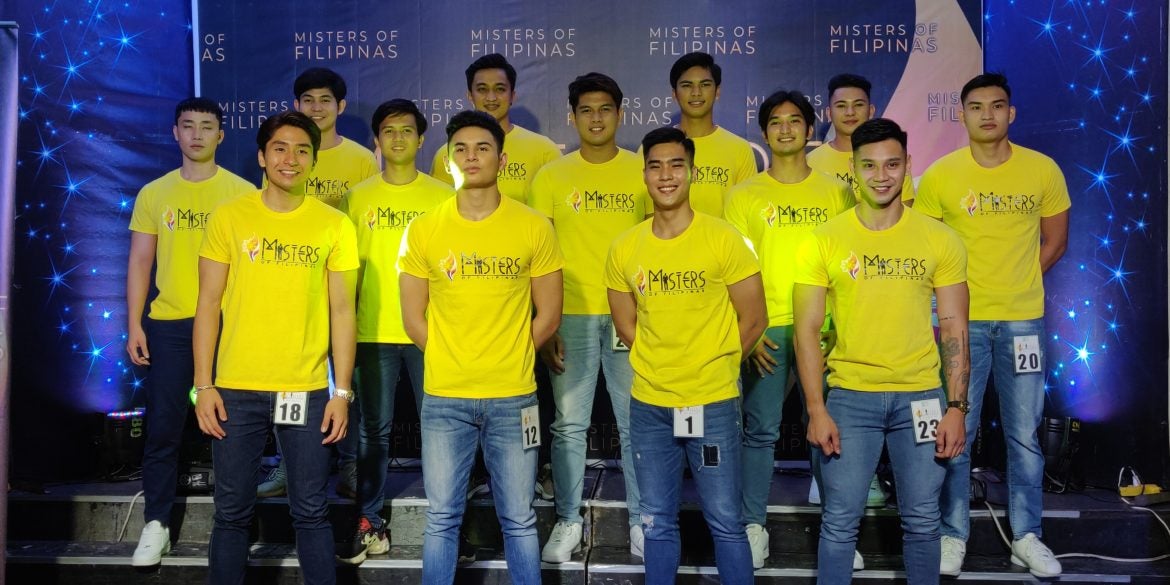 The official delegates from Metro Manila and Luzon will be joined by qualifiers who will be chosen from the screenings in Visayas and Mindanao, and representatives from overseas Filipino communities./ARMIN P. ADINA

Only one title at stake in 2021 Misters of Filipinas pageant

MAKATI CITY, Philippines—In the past editions of the Misters of Filipinas pageant, multiple winners were proclaimed, assigning titleholders to different international contests.

This year, however, the annual competition for men will just crown one main winner.

“We will only crown the Man of the World-Philippines, who will compete in the coming Man of the World contest. He will have four runners up,” Carlo Morris Galang, president of pageant organizer Prime Events Productions Philippines Inc. (PEPPS), told the Inquirer during the grand call back for applicants from Metro Manila and Luzon in Quezon City on June 12.

“The runners up may still have the opportunity to compete abroad, but we’re not going to assign them titles just yet,” he continued.

Galang said the would-be runners up will get the chance to represent the Philippines in an international competition once all the 2019 titleholders have seen action on the global arena.

Their respective global contests have all been postponed last year because of the global health crisis, which also compelled PEPPS to cancel the national pageant’s 2020 edition.

Galang, whose PEPPS also organizes the international Man of the World pageant, said the said global contest will also push through this year, and will be held once again in Manila in November.

“I will talk to Tommy to discuss his participation. He is currently based in New York where he found a job. If he will be able to come to the Philippines in time, and considers himself ready for the pageant, then he will represent the Philippines. If not, we will see the new winner compete,” he shared.

For the national search this year, PEPPS had already chosen 10 official candidates from applicants in Metro Manila and Luzon, with two wildcard entrants who may still make it to the official roster. The pageant’s partner in the province of Tarlac had also sent its delegate to the tilt.

The organizers said 12 more delegates will be chosen from the screenings in Visayas and Mindanao, and three candidates will come from overseas Filipino communities.

The 2021 Misters of Filipinas grand finals will be staged at the Negros Oriental Convention Center in Dumaguete City on Aug. 10.