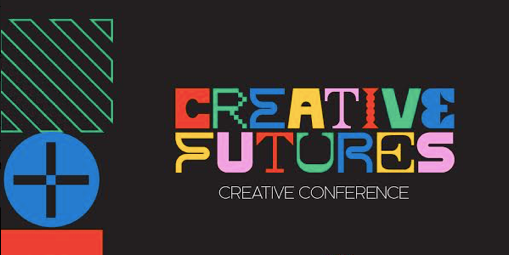 MANILA, Philippines — The creative team of comic-book turned series Trese, national artist Kidlat Tahimik, and other leaders in the creative industry are set to join forces in a two-day conference to celebrate Filipino creativity.

CREATE Philippines, in its fourth edition, is set to launch a digital conference dubbed as Creative Futures, on June 28 and 29 joined by creatives in the fields of animation, advertising, communication design, game development, digitized creative content, comics and illustration, among others.

Packed by a distinguished line-up of speakers, choice features and panel discussions, the digital conference aims to promote collaboration of creatives and learn from leaders in the field and pioneers in the digital landscape.

The digital conference’s program director Erwin Romulo said the conference is in line with the goal of making the country the top creative economy in the ASEAN region by year 2030.

“Time is a big factor and we have less than a decade to go,” Romulo was quoted as saying. “Therefore, we started with initiatives that are already happening and existing.”

“This way, we envisioned the conference as an avenue that will help push these remarkable projects a little further on either by forging partnerships or facilitating conversations with potential collaborators in the private and public sector,” he added.

For her part, Center for International Trade Expositions and Missions (CITEM) Executive Director Pauline Suaco-Juan said the event was meant to highlight the importance of the creative industry as an asset in the country.

“These are things we want to highlight and it’s worth taking a second look for support to grow their sector,” she was also quoted as saying.

The first day of the conference will be graced by Trese creators Budjette Tan and Kajo Baldisimo, and director and showrunner Jay Oliva, who will talk about the comic book’s journey to becoming an adaptation.

National Artist for Cinema Kidlat Tahimik’s short film about empowering communities in storytelling will mark the second day of the conference.

A panel discussion on eSports with Evident Communications CEO Cecile Yujuico, Tier One’s Tryke Gutierrez, Gariath Concepts’ Joebert Yu, and eSports caster Mara Aquino will also be a part of the second day of the conference.

Kumu Philippines, Co-Founder and social TV chief of content Angelo Mendez and Vice President for marketing Vicky Herrera, will also bare their plans to make the country the latest technology hub in the region.

Those who are interested with the Creative Futures 2021 digital conference could register at http://bit.ly/creativefutures2021.

In 2017, CREATE Philippines was launched by CITEM, the Department of Trade and Industry’s export promotions arm that aims to foster the global competitiveness of the country’s micro, small and medium scale enterprises (MSMEs) exporters, designers, and manufacturers.