Because we are both safe, you and I can also exist | Inquirer Lifestyle ❮ ❯ 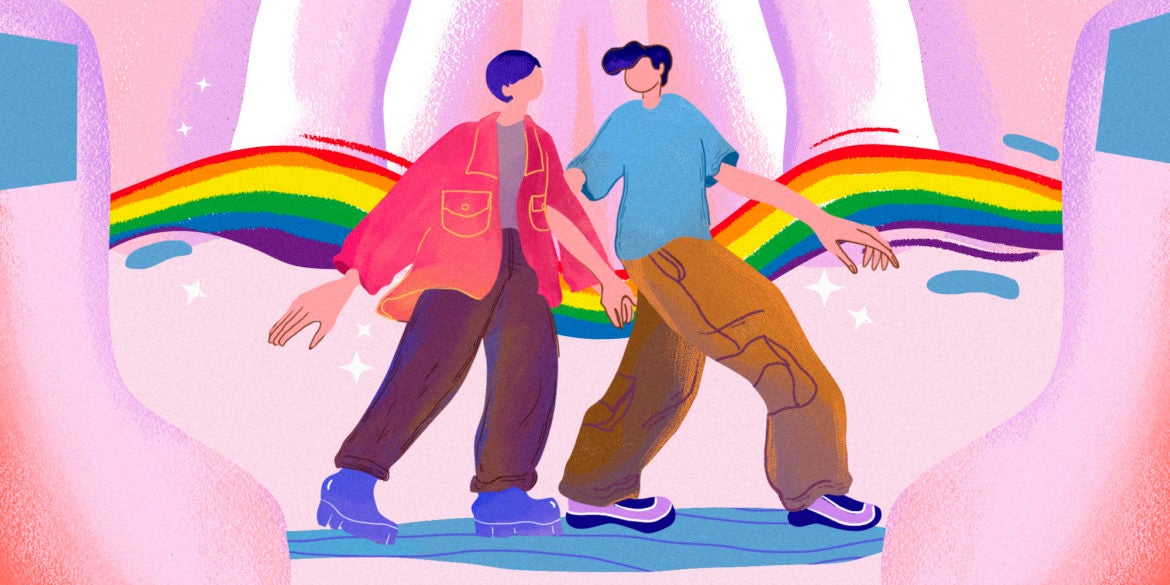 Last week, I started stowing my things inside boxes as I prepared my place for a long-overdue renovation, which will be overseen by a friend (and also a member of the LGBT+ community: support your LGBT+ small businesses!) who has started his own design and construction firm right at the height of the pandemic.

I’ve moved a couple of times over the years to different places, so I’ve learned that owning a few things comes in handy during times like this.

(There’s also my firmly-held belief that material possessions are nice, but are less important than experiences–but I’ll save that for another story.)

Surveying the empty unit, I realized that this studio has been my safe space for the past three years, ever since I moved in here after my breakup with an ex. While my former partner and I bought this property together, I eventually took over, turning it into an extension of my self, trying to capture the story of my life so far: pictures from childhood, letters from friends, postcards & magnets from countries I’ve visited, books, a few found objects.

I find the act of creating one’s personal spatio-temporal realm–a place where you simultaneously affirm and reinforce your identity outside your body–as something mystical, empowering.

First, you have to convince yourself (whether consciously or not) that you are not exclusively immanent in your physical form, but also transcendent.

Second, you have to also believe that the changes you experience at different stages of your life are not contradictory, but congruent: you are growing into both your self and into being.

With your constructed, immutable identity, you then manifest that myth in the space around you. And then it becomes a microcosm that belongs to you–while at the same time, also you.

People in the LGBT+ community have claimed spaces for themselves throughout history. Former Philippine Association of Landscape Architects’ vice president Norman Brito, who is currently studying the occurrence of gay urban spaces, explained it to me:

“Gay-appropriated spaces are derived from gay community members herding together…Gays identify with these spaces, and there is already a sense of ownership that comes with [the identification.] These spaces provide a venue for congregation and assembly, which is important for members of the community who continuously seek support from each other.”

Norman is hopeful that his research will add to the existing pool of socio-geographic knowledge. The topic, after all, is close to his heart:

“As a self-identified homosexual male with a feminine expression, I too have had my fair share of discriminatory remarks and feeling unsafe in the public domain. Nobody should ever feel inferior in public, and I believe understanding the psychology of spaces and translating it to effective urban design can help alleviate that.”

Claiming a space is one thing, ensuring that it is safe for all members of the community is another.

So what makes a space safe?

“The existence of safe spaces [implies that there are] unsafe spaces…We must first explore what factors or elements of spaces/situations members of the community perceive as unsafe[.]”

The presence of prejudice and discrimination, a lack of awareness of unconscious bias and the space to challenge it towards growth, and diversity without inclusion (and avenues to address it) are three things he names that could make a space unsafe for minorities, including LGBT+ people.

Antoine continues: “Prejudice is a negative attitude towards a group, often marginalized and/or a minority, while discrimination, consonantly, refers to negative actions thereunto…Prejudice and discrimination within people are often automatic and rarely introspected. If people paused before acting discriminatorily and asked why they hold such prejudice or where it’s coming from, it’d be likely that flaws in the social construction would arise[…]and consequently be challenged.

“Thus, a safe space would be one where prejudice and discrimination–unconscious bias–is actively challenged and reshaped towards inclusive action.”

Ryan Silverio, the regional director of the ASEAN SOGIE Caucus, observes the pause and emptiness in between the space is what keeps it precisely safe: the need to listen and acknowledge the truths of people in their unique context, and not filtered through our lens:

“To hold space means mindfully witnessing and journeying with another person without judgement, without trying to control the process, and just offer unconditional support along the way. In a way, ‘holding spaces’ is akin to creating a ‘safe space’ for people to speak their truths, express their feelings, and to reimagine their futures.”

In the context of LGBT+ activism, Ryan says this means different things, such as recognizing and affirming that queer struggles are diverse. And because power and privilege exist even within the queer movements, activism is also about shredding of layers of power to open gates, and enabling voices to emerge.

We also need to build meaningful partnerships between allies and marginalized groups. Alliance is walking alongside the journey towards shared imagination of equality and inclusion.

All of us must also create solidarity with queer folks in the margins: listening, amplifying, and responding to calls for material and non-material support.

Adds Ryan: “Holding space is not a passive act. In fact it can be tiring, draining, and even frustrating. One must tap into their energy reserves to consciously serve as an anchor or perhaps a center from which energies of compassion, empathy, and solidarity springs forth.”

Days after I started writing this essay, I went back to my unit one evening. I looked at the progress the carpenters have done and made: the structure of what would be the new cabinets have already been built, the old wardrobe has been torn down, the curtains covering the windows have been packed.

It doesn’t look or feel anything like the safe space I’ve nurtured the past years.

From all of this, the truth I’ve learned is that safe spaces don’t happen by accident.

As my personal safe space is something I actively build, it is our shared responsibility, specially as members of an already-marginalized community, to consciously protect our claimed spaces from harm and danger, outside and even within the community.

Only by doing so can we allow everyone to be truly themselves, while co-existing in our diversity.