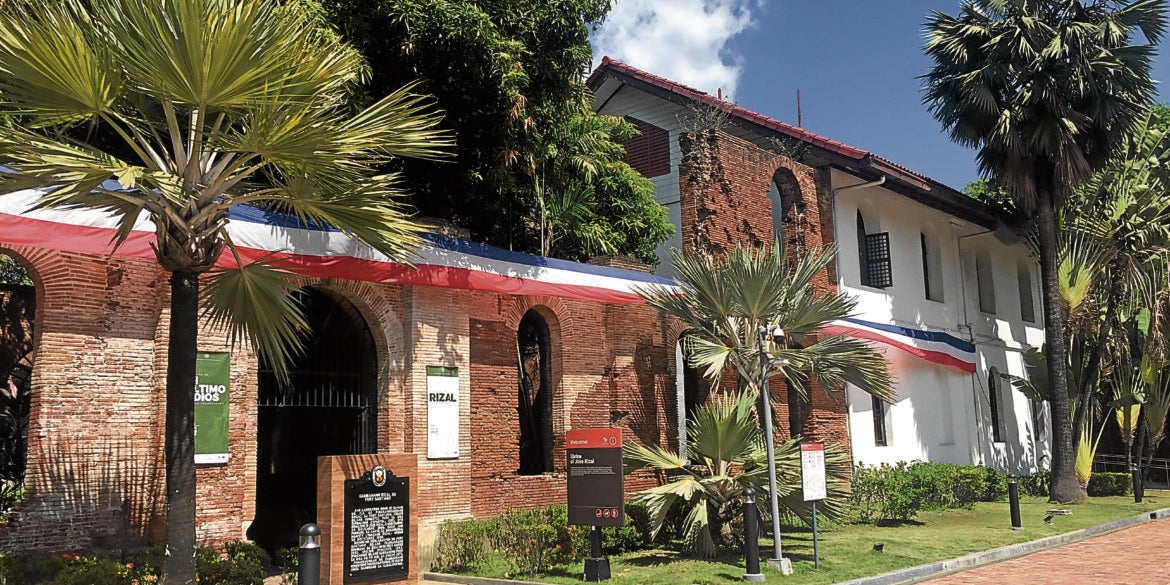 It’s composed of furniture he used in Wilhelmsfeld, Germany, while writing the last chapters of ‘Noli Me Tangere’

On the occasion of the 160th birth anniversary of Dr. Jose Rizal, the National Historical Commission of the Philippines (NHCP) opened a permanent exhibition titled “Rizal in Wilhelmsfeld” at Museo ni Jose Rizal at Fort Santiago in Intramuros, Manila, featuring important artifacts Rizal used in Germany.

Rizal was in Germany in 1886 to attend ophthalmology lectures at the University of Heidelberg and decided to stay at the Ullmer residence upon invitation of the pastor, primarily due to the expensive boarding fees at the school and for him to study the German language with the Ullmers.

The artifacts composed of a bed and desk used by Rizal while writing the last chapters of his novel, “Noli Me Tangere,” while he was staying at the house of his friend, the Protestant pastor Karl Ullmer in Wilhelmsfeld, Germany.

Made from European mahogany and donated by Ullmer’s great-grandson Dr. Fritz Hack Ullmer, the pieces were previously housed and exhibited at Karl Ullmer’s residence in Wilhemsfeld and donated to the NHCP last year.

The bed measures just under 2 meters long while the desk, where Rizal and Pastor Ullmer also played chess games, is about 30 inches high and is in the Viennese Rococo style.

In his speech during the event, NHCP chair Rene Escalante thanked the Ullmers on what he described as a “significant” donation.

“Germany nurtured Rizal’s patriotism, diligence, creativity and tolerance,” he said. “It molded his perspective of what his homeland would become if reforms were introduced and his people treated justly,” Escalante said.

Germany Ambassador Anke Reiffenstuel hailed the greatness of Rizal and underscored the “strong influence” of Germany in his writings.

“Jose Rizal has become one of the strongest symbols for the close and long-lasting relationship between Germany and the Philippines,” said Reiffenstuel, who is also instrumental in the German translation of Rizal’s “Mi Ultimo Adios,” the marker of which was unveiled during the same celebration at the museum grounds.

The ambassador stressed the importance of understanding history and Rizal’s role in the Filipino nationhood.

“By reflecting on our history, we get a better idea of what is really important and how important it is to get involved and to care about what is going on in the present,” Reiffenstuel said.

“I hope and I wish that the spirit of Rizal inspires us today and coming generations in the best interest of our countries and German-Philippine relationship,” she added.

In a video message during the same event, Fritz Ullmer said that Rizal celebrated his 25th birthday at the Ullmer house and the menu was chosen by him personally.

The “Rizal in Wilhelmsfeld” exhibit is on view at the second floor of the museum and the artifacts are displayed in a controlled environment to avoid deterioration due to the different weather conditions in Europe and the Philippines.