Discovering your true self: What comes after Pride Month? | Inquirer Lifestyle ❮ ❯ 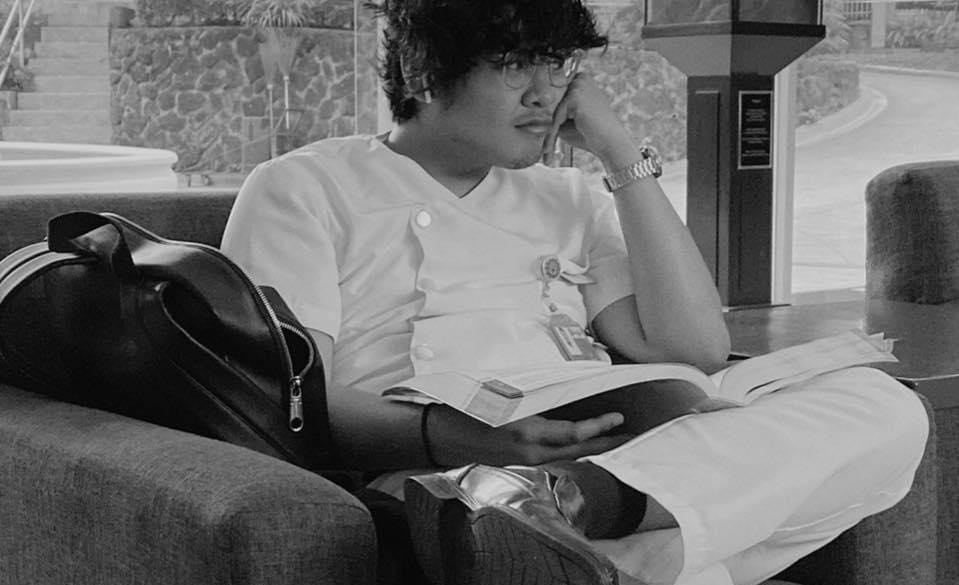 Discovering your true self: What comes after Pride Month?

In recent years, however, the community has launched movements pushing for equality and the rights of its members.

One of the most widely recognized is Pride Month which happens in June, a time when queers (anyone who doesn’t identify as straight) and allies (straight people who support the movement) celebrate the idea that loving and owning who you are is a symbol of strength.

It’s also a tribute to the “forequeers” — the pioneers who struggled for recognition of LGBTIA+ rights to get the community it is now.

He came out to his family last May 11, a day before his 23rd birthday.

Fully coming out as a queer is usually a painful process., requiring a lot of self-love and courage.

The simple expression “coming out of the closet” reflects how excruciating and exhausting it actually feels.

“It usually is really scary because you’ll have to think about the reaction of those close to you, like friends or family, on whether they would accept you,” Savet says.

“That’s just one of the fears that enter the mind before you come out,” he adds, speaking partly in Filipino.

What pushed Savet into coming out was the realization that hiding in the closet had been pulling him down.

A year before coming out to his parents, Savet first came out to his cousin. According to him, letting even just a single family member know who you are will help a lot in easing the pain of hiding.

“The family carries a different weight than your friends. So after ko came out to a family member it felt like I could breathe easier,” Savet says. “So after a year, that’s when I decided to come out to my parents.”

But he didn’t want to just out himself to his parents out of nowhere. So he waited for the right time, spending almost five months just contemplating what he should say and how he should come out.

“What I wanted when I came out to them was to be able to really tell them what I really went through and I wanted them to understand why I am this way and what my struggles were before,” he says. “[I waited] until I finally compiled what I wanted to say and decided to do it a night before my birthday this year, May 11.”

He chose that day because he wanted to celebrate his birthday “not just as a new person but as a free person.”

“After coming out, I swear, there’s this sense of relief, that you’re finally able to breathe,” he says. “That’s because I felt like I didn’t care anymore and you can think what you want to think as long as I have come out. So there’s really a sense of relief when you have come out, that you are now free.”

“When you come out, members of the LGBT+ will embrace you and celebrate you as a part of the community,” he adds.

After coming out to his parents, Savet immediately went to Twitter and shared the good news that he has finally come out of the closet.

What surprised him is how quickly random members of the LGBTQIA+ community celebrated his victory as their own.

FINALLY CAME OUT TO MY PARENTS 😩 PUTANGINA!!!!!!!! I CAN FINALLY BREATHE

“That’s what I felt. When I came out and tweeted what happened, I only expected my closest friends to react. But even strangers who were part of the LGBT celebrated my coming out like I was their close friend. So we really have to celebrate our people,” he says.

Savet admits, however, that he’s still in the process of discovering who he really is.

“It’s like I only have an idea: I might be bisexual or pansexual. It’s like I’m just now realizing who I really am — because you know, it’s the first time I’ve really been out. So when you come out there is still a lot of discovering to do,” he adds.

He offers this advice to those who are thinking of coming out: “Take your time. There’s no rush in coming out. Take your time whenever you’re comfortable or they’re ready. You don’t have to feel pressured because, when you come out, the LGBT community will still be there to embrace you, support you, and celebrate you.”

This year, though the COVID-19 pandemic caused all Pride Months events to be canceled, Savet was still able to celebrate as a newly-out queer simply by owning his identity.

“But in my mind, I did so not just for myself but for the other LGBT who couldn’t — especially to those who are still closeted,” he says. “Because sometimes being closeted is a dark place to be in.”

Now that this year’s Pride Month is over, where do members of the LGBT community go?

“We still have a lot of things we need to fight for. Pride Month is masked as a celebration, but it’s really a fight, a protest,” Savet says. “What people think about Pride Month is that it’s just a celebration. But in truth, it’s a fight — because even until now, members of the LGBT are still discriminated against.”

The community may have a strong presence here in the Philippines, but it’s just starting out in its long struggle towards acceptance.

“Just think of it: Here in the Philippines the LGBT community really feels it. It’s one of those with the strongest presence here, but even a simple bill that just aims to protect us is hard to get passed. So it’s goint be a long journey ahead,” he says.

Meanwhile, Savet says members of the community should just keep celebrating their identity.

“That’s all it is. We just have to keep living our truest selves — not just for our own sake but for all the others who can’t,” he says. “What we fight for with pride apart from equality is a world where we do not have a construct of who we have to be. We fight for a world where everyone will live freely — with pride.”