Nikko Natividad in 'GVBOYS' may remind you of Joey Marquez in 'Palibhasa Lalake' | Lifestyle.INQ ❮ ❯ 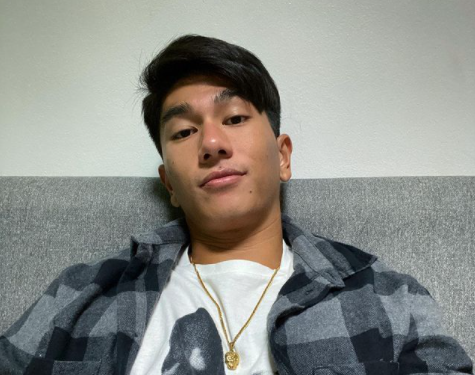 Actor Nikko Natividad feels his role as Eugene Uragon or Dax in “GVBOYS: Pangmalakasang Good Vibes” is not a far cry from what he is in real life. He does see himself in the role of a street smart, fun-loving and resourceful guy.

(I didn’t have to mimic a character to portray anymore. When I read the script, I saw the role was similar to who I really am.)

The series is inspired by the hit sitcom “Palibhasa Lalake” top-billed then by Richard Gomez, John Estrada and Joey Marquez. Natividad said his character is like that of Marquez’s.

(Like in “Palibhasa Lalake,” there are beautiful and sexy women who appear. We also have those [in this program] and it’s always in favor of me.)

Meanwhile, Natividad is very happy and thankful for all the projects coming his way. He confessed that he prays for God to keep giving him projects though he might be burnt out, because he believes it is much better to be busy these days than to do nothing. Also, he doesn’t want his family to return to their old way of living when they had nothing.

Jerome Ponce saved by video calls, gaming amid the pandemic

Carmi Martin on taping sitcoms in the ’90s vs. making them under lock-in: Still similar