He builds an empire for love of his kids | Inquirer Lifestyle ❮ ❯ 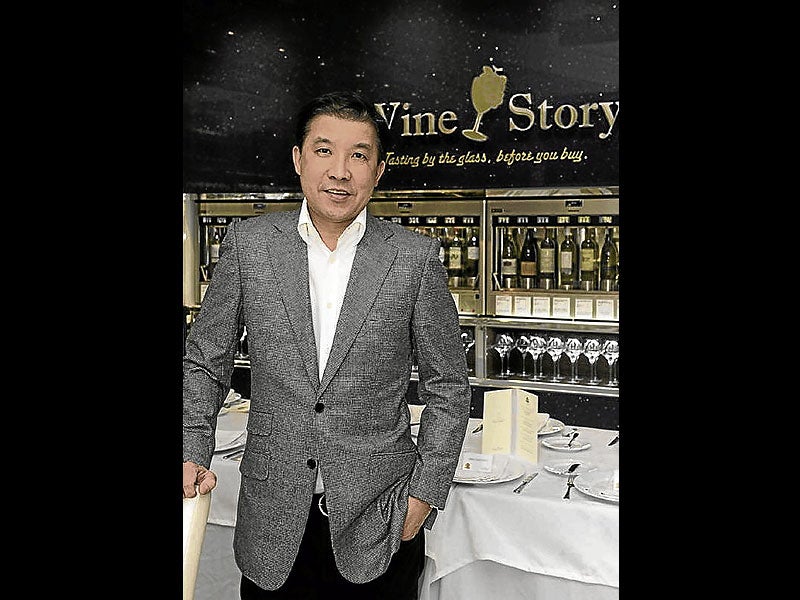 He builds an empire for love of his kids 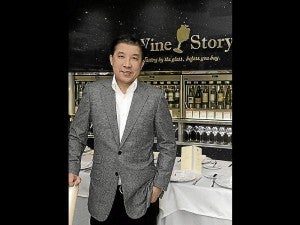 Romy Sia, the man behind premium niche retail stores for “a very specific high-end clientele,” never forgets to look back even if he had migrated to the United Kingdom in 1983.

The eldest of five siblings, Sia grew up on that side of the Pasig, where his father had a textile business, and where his parents still live.

After graduating from University of Santo Tomas with a degree in Business Administration, major in Marketing, then working as a cosmetics salesman and later in a bank, he married the British-born Janet Katherine Oldfield.

For eight years he worked and lived with his wife in UK, where he took an Accounting certificate course at Cambridge University. Just as the couple was starting a family, he decided to return to the country upon the prodding of high-school friend Christian Tan to go into business.

The couple has a daughter, Jasmine, and son, Sean. When Sean was small, he suffered from food allergies, being sensitive to artificial color and flavorings, additives. This made the father scour books and magazines to research on the right foods for his son.

It was also at about this time that Sia was bent on becoming an entrepreneur and planning his first venture. What he learned about natural foods gave him an idea of turning it into a business venture. 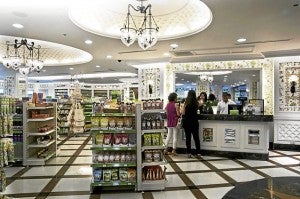 In 1995, Sia, with Tan as partner, opened the flagship store of Healthy Options in Shangri-La Plaza Mall at Edsa.

“It was just by accident,” says Sia. “We started with foods without additives. Then cosmetics—same principle, no chemical additives. In the last few years, we began carrying food supplements.”

To ensure quality, he gets the goods from health-food manufacturers in the US. “Kaya lang mahal siya. So we limit our market. We choose our clientele.”

Is nothing here locally made then? Hasn’t he tapped traditional Chinese medicine, for instance? “The problem is, they don’t tell you their ingredients. Mahirap ’yun, unlike if it’s approved by BFAD [Bureau of Food and Drugs].”

By its looks, though, not many Filipinos would know that Healthy Options is a homegrown store. With its gleaming surfaces, pristine lighting, spick-and-span layout, spiffy packaging and apple-green logo, many would think it is a franchise of some London shop or Hong Kong store.

The logo is a take on that children’s rhyme “An apple a day keeps the doctor away.” Green is just a divergence from the predictable red, which, of course, dovetails with today’s environmental advocacy.

“Imported ang dating—that’s the power of branding,” says Sia. “Yes, it is local, but our standard is very high. We just want to show na porke local…” 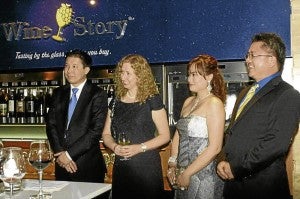 Despite its above-average pricing, though, the store is expanding, with a recently opened branch at Alabang Town Center. In fact, in 15 years the retail chain has turned into a business empire, with 17 shops in Metro Manila, Pampanga, Clark, Cebu and Davao.

“We’ve found out that parents have the same problem—nahihirapan sa diet ng mga bata,” Sia relates. “This is usually due to allergies, which can be traced to additives in food. They come and share their stories with us. That’s how we learn which products to carry in the store.”

Sia’s entrepreneurial spirit and business acumen didn’t stop there, however. In 2008, he and Tan opened Bow & Wow, now with two branches. Billed as The Natural Pet Food Store, it sells only cat and dog foods with no chemicals.

“If you look at the three stores, they’re all related,” says Sia.

Last Tuesday, he flew to UK to visit his kids. Fresh graduate Jasmine, 21, is into her first job in London. Sean, 19, is still in college. Presumably the young man’s allergies have long gone away.