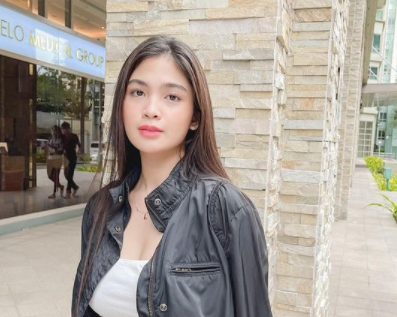 Actress Heaven Peralejo does not see any problem about working with her ex-boyfriend Jimuel Pacquiao who is also a Kapamilya talent.

“Of course. Hindi naman tayo nagtatanim ng sama ng loob. Siyempre, may pinagsamahan naman kami. We’re good now, so why not?” she answered, when asked about it during the online press conference for “Maalaala Mo Kaya,” last Tuesday, July 6. (Of course, we don’t bear grudges, we’ve gone through a lot.)

Peralejo was also asked about life and love lessons her mom taught her. She said her mom went through many things in life which made her mother tough.

“So, sobrang strong willed niya, alam mo ‘yun? Hindi siya matitibag ng kahit na sino. Sobrang positive niya as a person. Siguro ‘yun ang natutunan ko sa kanya,” she said. (So, she is strong-willed, you know that? She can’t be destroyed by anyone. She’s so positive as a person. Maybe that’s what I learned from her.)

Peralejo said her mom also told her to “love fearlessly,” and while she was encouraged not to commit the same mistakes her mother has done, her mother also told her that feeling pain is “part of loving someone.”

Peralejo also somehow could identify with her character having two moms in the “Maalaala Mo Kaya” episode. She said she learned more about motherly love in the process.

(Maybe it’s sacrificial love. That nothing can compare with motherly love. I am so lucky because in real life I also have two moms. I have my real mom and I have my stepmom. To my two moms, they are so close to my heart.)

Peralejo plays Julie who has her mother, Caridad (Iza Calzado), as her protector from her abusive father. But her life gets upturned when her mother develops schizophrenia. Because of the responsibilities suddenly left to her, Julie begins to resent Caridad. As Esther (Shamaine Buencamino) enters Julie’s life, she finds motherly love from Esther too.

The episode airs on July 24 on the Kapamilya Channel at A2Z, Kapamilya Online Live YouTube channel, ABS-CBN Entertainment Facebook page, and iWantTFC. For viewers outside of the Philippines, catch it on The Filipino Channel on cable and IPTV. JB