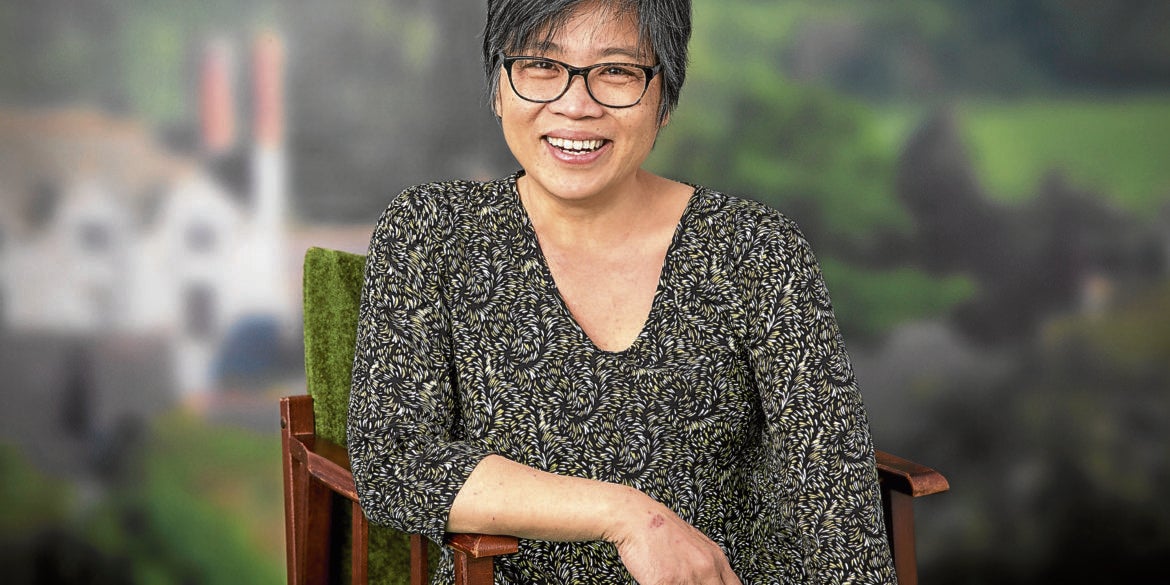 This is no tall tale. Candy Gourlay’s 2010 children’s novel “Tall Story” has been named one of the best books of the last 100 years by the venerable UK book charity BookTrust.

“It was so unexpected,” the London-based Gourlay told Lifestyle. “I had no idea that this list was coming out and to be honest, it was jaw-dropping to be on a list with Anne Frank, Philip Pullman and Malorie Blackman.”

“Tall Story” was included in the category for children age 12 to 14. Gourlay is in extremely august company, as other choices in the same category are Patrick Ness’ “A Monster Calls,” RJ Palacio’s “Wonder,” Ursula Le Guin’s “A Wizard of Earthsea” and Frank’s “The Diary of a Young Girl.”

Aside from the aforementioned authors’ books, other books in the 100 are E.B. White’s “Charlotte’s Web,” Roald Dahl’s “The BFG,” Michael Bond’s “A Bear Called Paddington,” Judy Blume’s “Are You There, God? It’s Me, Margaret,” J.K. Rowling’s “Harry Potter and the Philosopher’s Stone,” J.R.R. Tolkien’s “The Hobbit” and C.S. Lewis’ “The Lion, the Witch and the Wardrobe.”

Gourlay moved to the United Kingdom in 1989 after getting married to former Financial Times Manila correspondent Richard Gourlay.

After finding an agent, she finished writing “Tall Story,” which was published by the respected children’s fiction house David Fickling. That book was nominated for 13 prizes and won the Crystal Kite Prize for Europe and the National Children’s Book Award in the Philippines. Its Philippine edition was originally published by Cacho Hermanos and currently by Anvil Publishing Inc.

“Tall Story” is about a 13-year-old in London named Andi (OK, it’s short for Amandolina) who is crazy about basketball even if it seems nobody else is. But one day, her long-lost half-brother from the Philippines arrives, and Bernardo happens to be 8 feet tall and wears size 22 shoes. But that’s just the start of the game for a book that goes all the way back to Andi’s mom’s past in the Philippines, about Filipino culture and sibling bonds.

“When I wrote ‘Tall Story,’ I was nervous if a book partly set in the Philippines would appeal to young readers more used to a Western diet of books. The response then was incredible, with all the major shortlistings and great reviews—and the honor of a National Children’s Book Award at home in the Philippines,” she says.

“And year after year, ‘Tall Story’ continues to be discovered by generation after generation of children. It remains in print and continues to be read in schools! Only last week, I was the guest at a Q&A for children from several schools in a London borough who’d been reading ‘Tall Story.’ Last year, 2020, would have been the 10th anniversary of ‘Tall Story.’ I couldn’t celebrate because of the pandemic, so this listing comes at a significant time.”

“What was important to us in creating this list was to curate something that reflected the diverse nature of children’s lives today and to celebrate the truly brilliant—and often game-changing—books that we know entertain, inform and delight children,” a statement on the BookTrust website read. The list excluded books written for readers older than 14 and before the last century. (Read the whole list here: booktrust.org.uk/100-best-books.)BookTrust is the United Kingdom’s largest children’s reading charity, dedicated to getting millions of children learn to love reading across the United Kingdom through their various programs.

Gourlay followed up “Tall Story” with “Shine” in 2013, which also won the Crystal Kite Prize for Europe and was named one of The Independent’s 50 Best Winter Reads. In 2018, Gourlay released a children’s book titled “Sirena Ba Yan/Is It a Mermaid?,” illustrated by Francesca Chessa.

Maria Cristina Lopez Quimpo (later Gourlay) was born in Davao City and graduated from the Ateneo de Manila University in 1984. She worked for the Mr & Ms Special Edition under publisher Eugenia Duran Apostol and editor Letty Jimenez-Magsanoc. She stayed on when that publication became the Inquirer Weekly as one of its first reporters; she then worked the desk at what is now the Inquirer. She writes fiction for younger readers—very well, obviously.

And like the writer that she is, what does she do right after being named to such a wonderful list? She is writing her next book: “I’ve got my head down, working on my next book, which, if I meet my deadline, will be published in the second half of next year. Fingers crossed!”