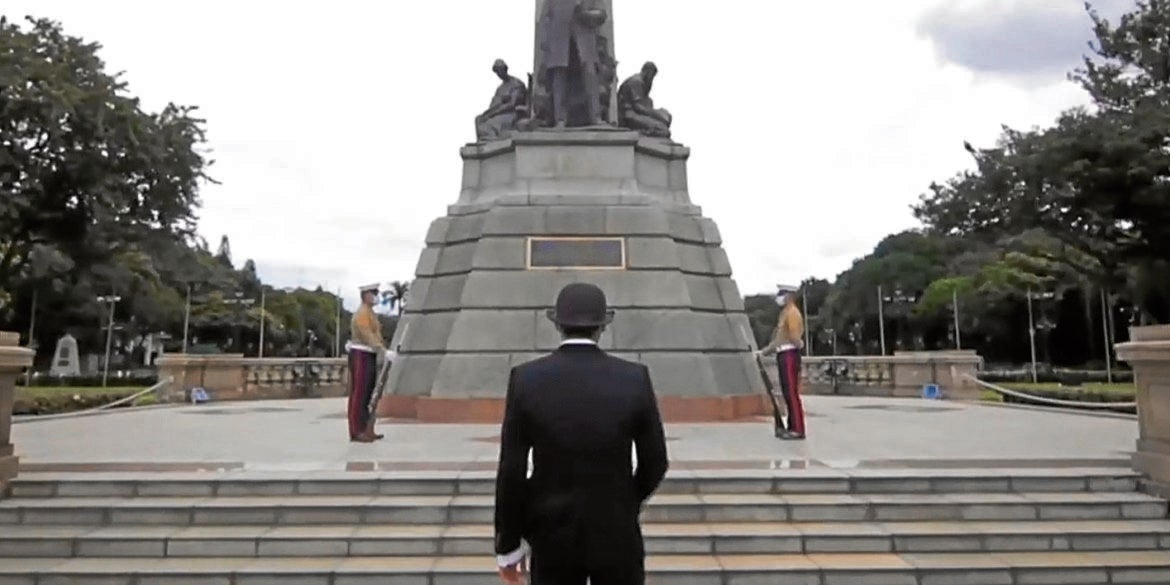 A scene from “Finding Rizal

What was supposed to be a personal trip to Germany for Deputy Speaker Loren Legarda in 2019 became a serendipitous moment as she met Dr. Fritz Hack Ullmer, whose family has a generational connection with Philippine national hero José Rizal.

Rizal had been a guest of Ullmer’s great-grandfather, Pastor Karl Ullmer, at their vicarage in the small town of Wilhemsfeld from April 26, 1886, until the end of June that same year.

Germany was a special place for Rizal for many reasons: with his medicine license from Spain, not only did he attend lectures on ophthalmology—with the hope of helping his ailing mother—at the Heidelberg University to further his knowledge, but it was also here where he completed the “Noli Me Tangere.” And if that wasn’t proof of how prolific a writer he was, Rizal also found time to write the poem “A Las Flores de Heidelberg.”

While in the Ullmer household, Rizal, who had been mistaken as Chinese, sharpened his proficiency in the German language and won over the family and the community, so much so that today, there is a street in Wilhemsfeld named after him—Rizalstrasse—and a statue of Rizal stands near the Ullmer home.

Rizal’s time with the Ullmers is fondly remembered by the family through the years. Letters, drawings and other items that had otherwise been commonplace at the time have become part of the Ullmer family for three generations, memorabilia of a martyred hero.

A much larger world

Such stories should hopefully inspire Filipinos today and set similar standards for how one carries oneself in a much larger world, even one that has been put on pause by a pandemic.

These are but a small portion of the legacy Rizal left behind that the documentary “Finding Rizal in a Time of Barriers” hopes to capture. Considered a passion project inspired by Legarda’s visit to Willhemsfeld, the full-length film follows the documented journeys of the national hero around Germany, and was launched online in time to commemorate Rizal’s 160th birthday on June 19 this year.

Legarda admits that she is not a Rizal specialist, but an admirer. During her 2019 visit, she shot videos using her camera phone and, with her journalistic personality still very much a part of her, found a story well worth sharing with the new generation of Filipinos.

Together with the Philippine Embassy in Berlin, led by Ambassador Theresa de Vega, the Department of Foreign Affairs in Manila, director Floy Quintos, and historians Ambeth Ocampo and Dr. Mila Guerrero, Legarda’s office spearheaded a project that, figuratively speaking, broke barriers. It is produced by Light Vision Films and can currently be watched on the ABS-CBN News YouTube channel.

“Tracing Rizal’s footsteps in Germany and in Europe made me realize how much he was admired in other countries,” Legarda said.

“Rizal was our first goodwill ambassador, a culture bearer. He finished the ‘Noli Me Tangere’ and the ‘El Filibusterismo’ against all odds. He made lasting relationships, all of these despite living in a time of barriers.

“And as Filipinos now, we should have perhaps the same appreciation for Rizal’s genius, his heroism and vast contribution to world culture and history. It took two years to complete this project as it hurdled many challenges brought about by the COVID-19 pandemic. But inspired by our hero Rizal, our team from Manila and Germany persevered and came through.”

During the Zoom media conference, Foreign Secretary Teodoro Locsin Jr. said, “Rizal did not court heroism, he was simply pursuing the things he loved … and that may be Rizal’s most valuable gift to us Filipinos, the permission and inspiration to be heroes,” Locsin said. “Whether you’re a nurse who came to Germany to help pay for a parent’s medicine or a student seeking to broaden your knowledge and credentials or a diplomat eager to see the world and let the world see your country and your people, there is in you a seed of heroism. What you do with it is your choice.”

Pandemics, he added, are a time for heroes driven by a sense of duty and solidarity with the suffering.

De Vega said that Rizal had a very keen sense of humanism, which not many can lay claim to because modern man is preoccupied with so many things.

“He was ahead of his time, he spoke about the plight of women, he spoke about political and economic conditions, he was so intellectually curious,” De Vega added. “Rizal already had answers to many questions that we’re still asking today, and I think that is his lasting legacy.”

Gemma Cruz-Araneta, great-grandniece of Rizal, agrees that he left Filipinos with a concrete legacy—but we are not paying attention to it.

“Remember the La Liga Filipina? That was his master plan for a nation, and I think that was why he was executed,” Cruz-Araneta said. “That was when he became a very dangerous man in the eyes of the Spanish colonial administration. Although he didn’t take up arms, although he wrote two incendiary novels, I think his plan with the La Liga Filipina was what made him a dangerous public enemy No. 1.

“Because he wanted to form a civil society, he wanted all the islands to be united into one nation, the people with national consciousness, and he also advocated for education. He said Filipinos should help each other in times of need and he had his own plan of what our education should be.”

Cruz-Araneta said, “If Rizal had lived 50 more years, I’m sure the Philippines would have been a different place.”