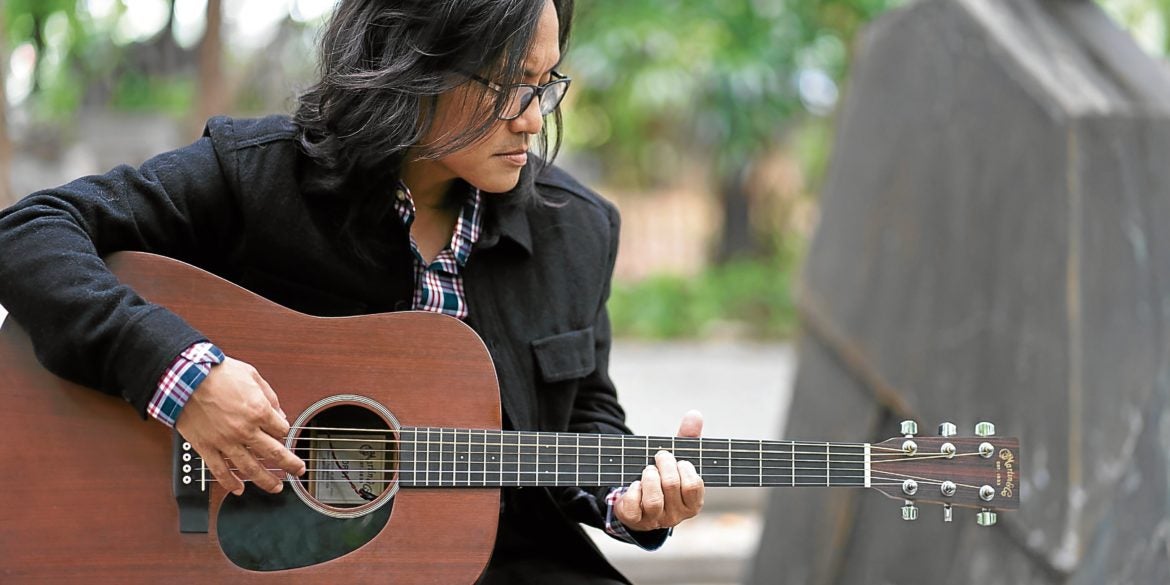 New role gives Ebe opportunity ‘to give back’

As a music artist, and now, a record label executive, Ebe Dancel’s life has never been more steeped in music.

The acclaimed singer-songwriter, who was recently named A&R (artists and repertoire) manager of Widescope Entertainment, said that his position gives him the opportunity to develop new artists while continuing to hone his craft.

“Obviously, there was adjustment from my end as I integrated myself into the system. But honestly, I’m loving it,” Ebe said in a statement. “All day, music is all I do. I can’t ask for anything more. Being an A&R has given me a chance to learn more about the music industry. More importantly, it gives me the opportunity to give back and help other musicians.”

As a long-time supporter and mentor to emerging talents in the local music scene, Ebe’s new duties couldn’t be more fitting.

“They’re amazing. Some of the songs 20-year-old artists write these days make me feel as if they have already experienced everything about life,” said Ebe, who rose to prominence as the lead singer and songwriter of the iconic group Sugarfree, which gave us the hits “Burnout,” “Tulog Na” and “Makita Kang Muli.”

“Their techniques and skills are there. Technology works to their advantage, because they keep discovering new tools and styles to integrate into their songwriting,” he added.

But being an A&R manager doesn’t mean Ebe has to put his own music career on the back burner. In fact, he recently put out a new single titled, “Manatili”—his first under Widescope. The inspirational composition was written by Ebe at the onset of the COVID-19 pandemic, and had him asking God for guidance.

New song“Manatili ka sana sa ‘king tabi/ Hindi tiyak ang gabi/ Hiling ko hawakan mo ang aking kamay/ Hangad ko ang iyong gabay,” so goes a part of the song, which was produced by another music stalwart Rico Blanco, who manages Ebe’s solo career. While the live music scene has been hit hard by the pandemic, the consolation for Ebe is that he had more time to work on new material.

“The first few months were difficult. My schedule was packed before the pandemic hit, and I felt like, for a moment, my world stopped. I had a hard time adjusting to the situation,” he admitted.

“At the end of the day, we have to adjust to whatever we’re presented with,” he added. “We must keep finding ways to press on. I still have my online shows, and the break from constant gigging has allowed me to concentrate on the new songs.”