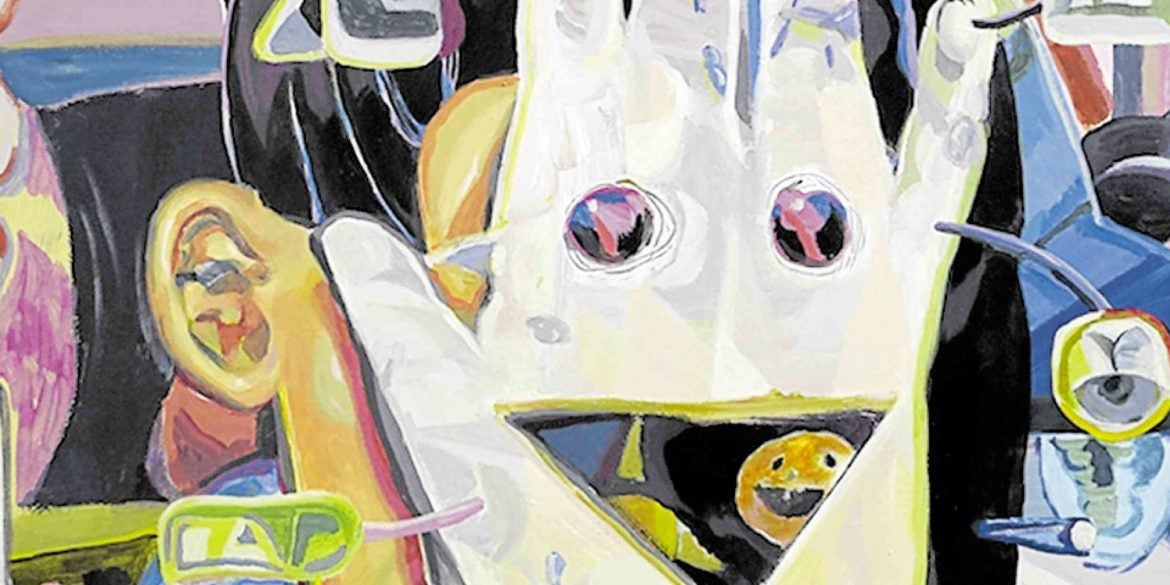 Considered a barometer of Philippine art, they bear the expectations and the legacy of the original ‘Thirteen Moderns’

From appropriating images from the media sphere and popular culture to making soap out of cooking oil recovered from the sewers of Manila, recipients of the CCP Thirteen Artists Awards (TAA) this year show how artists have ventured far from the traditional notions of art to respond to concerns of past, present and future.

The 13 awardees will receive a production grant to produce new work for a group exhibition at the CCP. Exhibition will be curated by Shireen Seno (2018) and the trophy which the artists will receive will be designed by Mac Valdezco (2006).

In 1970, Roberto Chabet, CCP museum director, curated the Thirteen Artists exhibit, in which 13 select “young” artists, their age averaging 28, presented their works. In his exhibition essay, Chabet said the works “show recentness, a turning-away from past, familiar modes of art-making, a movement toward possibilities and discoveries.”

Nominations are made by art councils, art groups, heads or deans of art schools, museum and gallery curators and directors, art critics and past TAA awardees. 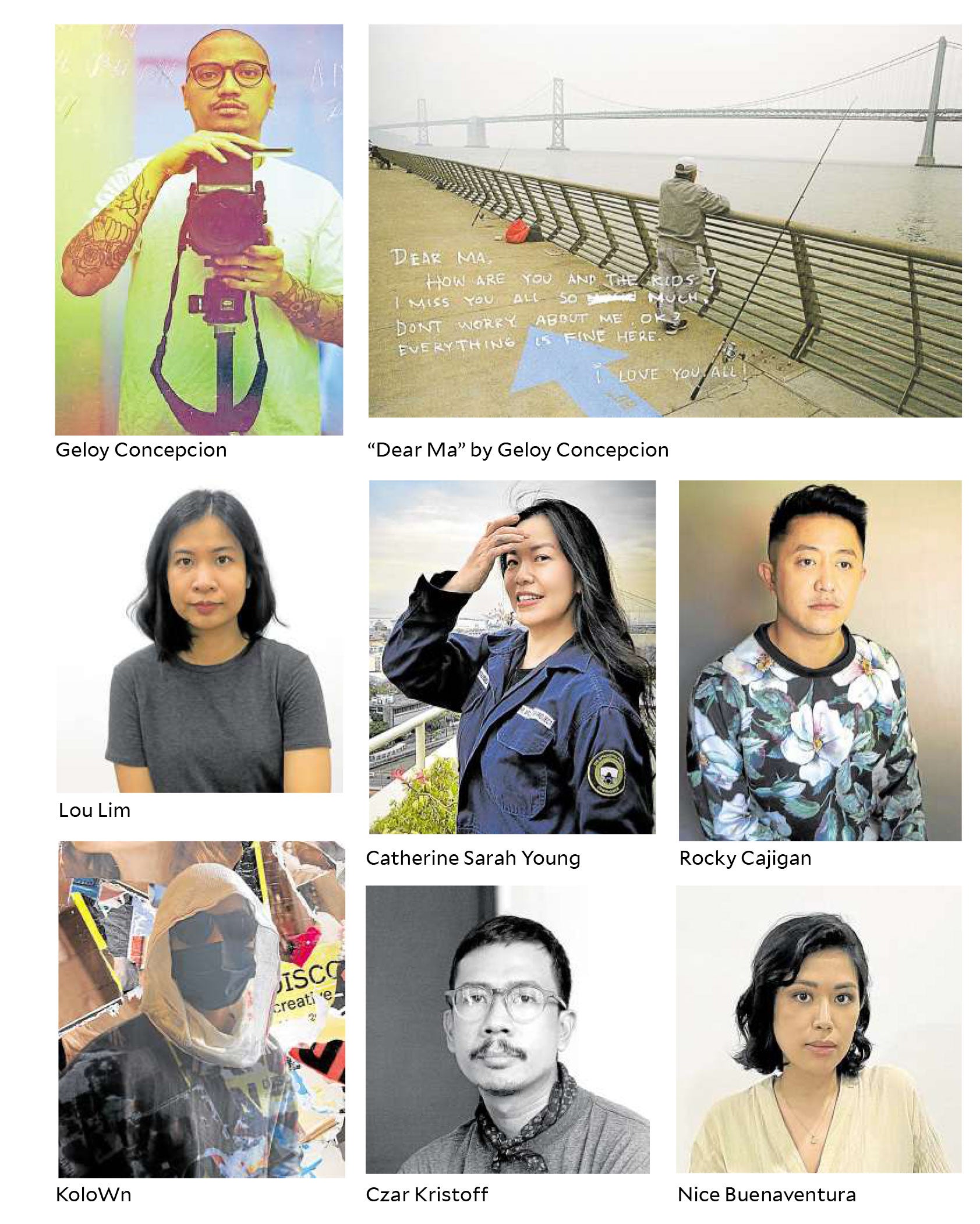 A nominee should be a Philippine citizen, under 40 years old, and should have a “body of work characterized by artistic integrity, innovativeness and forcefulness of ideas” and “responsiveness to contemporary realities,” according to the CCP rules. A nominee should have “evidence of sustained artistic activity demonstrated by a track record of individual exhibitions and group shows for at least the past three years.”

The TAA therefore is a barometer of Philippine contemporary art.

Contemporary art’s critical engagement with the past is perhaps best reflected in the work of Cajigan (born 1988), a visual artist and writer based in La Trinidad, Benguet. In his first solo exhibit, “Museumification,” he constructed a series of assemblages to represent the “mummification of culture,” a critique of how cultural artefacts removed from their original locus by museologists and curators become fossilized and desiccated of their meaning.

However, Cajigan doesn’t want to be a “token region-based artist,” insisting that exciting contemporary art is made by artists from the regions. He thus reflects in his art and ideas the tension between the metropole and the pastorale.

The metropole seems the concern and sensibility of Balisi (born 1982). In their nearly monochromatic dimensions, his eerie paintings seem to approximate black-and-white photography with none of the photorealism ascribable to the hyperrealists.

Hailing from Cagayan Valley, Balisi shows works that hardly seem to refer to his bucolic roots. In fact, most of the scenes depicted in his works could be said to have been derived from his urban sensibility (he finished advertising arts at the Far Eastern University), one largely formed by the media sphere. Thus, his images are screen grabbed scenes from movies and other sources of popular culture.

One enigmatic painting, in fact, shows viewers watching a blank screen that seems a contemporary reboot of Plato’s “Allegory of the Cave.” The result is something like Kafka in industrial black and clinical white, very uncanny and even sinister.

Based in Canada, Patrick Cruz (born 1987) is another artist from the metropole, very evident in his semipsychedelic, semichaotic images of urban Manila, epitomizing the horror vacui typical of Filipinos.

During the New Art Dealers Alliance (Nada) art fair in New York in 2017, Cruz mounted an art installation consisting of small paintings from the floor to the wall to approximate the energy and vitality of a small Philippine barrio. His work explores issues of identity amid globalization. 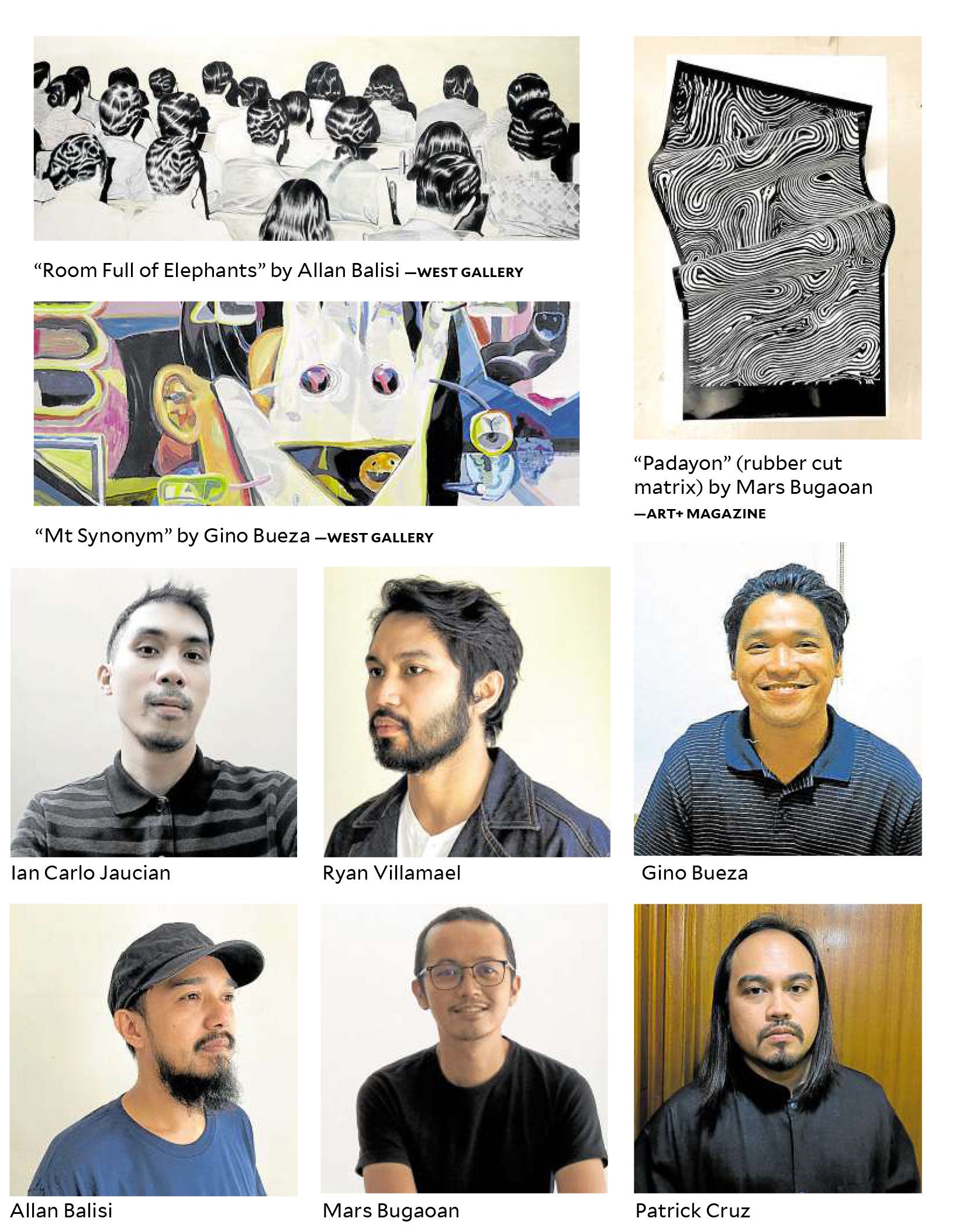 Bueza (born 1987) appropriates the look of the collage in what amounts to a Cubist fragmentation and juxtaposition of images, colors, patterns and forms. Like Balisi and many of today’s artists, Bueza, who finished fine arts at the University of the Philippines (UP), culls from the media sphere, which should underscore how today’s reality is constituted from the media’s recording, distortion, or adulteration of it.

As with many of today’s artists, Bugaoan’s work explores “growth” or conceptual gestation and artistic development. It is this preoccupation that makes viewers sometimes label his themes as “unconventional.” Perhaps the more proper phrase or term here is “richly tentative,” “exploratory,” or “adventurous.”

Contemporary concerns are best documented in photojournalism, and Concepcion, the youngest of the batch (born 1992), is noted for his gritty black-and-white urban photography. A fine arts graduate of UST, he mixes the personal and the public in his photography, where he melds as well portraiture, drawing, street art and, now that he’s based in the United States, migrant-life documentation.

Jaucian (born 1986) is basically a conceptual artist who mounts thought-provoking installations that raise questions about science and artificial intelligence and their impact on people.

In his 2015 opus, “Drawing Space with Time,” he set up 32 analog clocks whose hands would accelerate when the viewer drew near, fostering interaction between machine and person. In his 2017 exhibit, “Viral Automata,” he created virus-infected robots that, while normal, had white lights that would reflect the uneventful lives of most, but when infected, would have a play of colorful lights, representing the vitality of people when challenged by crises. In short, the installation challenges people to rise out of their automaton lives and engage colorfully with existence.

Another artist at the intersection of art and science is Catherine Sarah Young (born 1983), who obtained an undergraduate degree in molecular biology and biotechnology from UP and a master’s in interaction design from School of Visual Arts in New York.

Her work is more of industrial design than fine arts, as she makes design commentaries on climate change and environmental degradation, such as “Climate Change Couture,” which proffers fashion visions for a world in the thrall of weather chaos, and “Sewer Soaperie,” which transformed into soap the cooking oil and grease collected from sewers and open pipes of Manila.

The rest of the 2021 batch—Buenaventura (who does traditional and new media), KoloWn (art in public, indoor and online spaces), Kristoff (nesting and temporary architecture), Lim (landscapes and figural sculptures) and Villamael (“paper monuments”)—likewise show in their works what Chabet, back during the first TAA exhibit in 1970, called “a movement toward possibilities and discoveries.” —CONTRIBUTED INQ