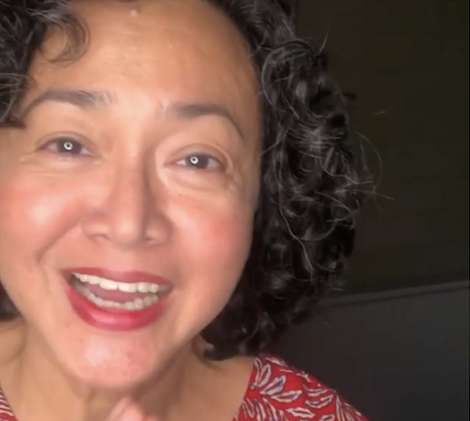 Veteran actress Shamaine Buencamino is always amazed at the stories featured in “Maalaala Mo Kaya” (MMK), especially those that showcase the strength of ordinary people.

These stories are different compared with episodes when a celebrity’s story is featured, she noted during the online press conference last July 6 for the show. Meanwhile, the episode where she is set to appear will air on July 24 on the Kapamilya Channel at A2Z.

“Sa artista kasi a lot of times alam na natin, eh, dahil nababalita na sa industriya and people talk about the artistas. Ako, kapag gumagawa ako ng MMK, I am always so amazed by the courage and strength of ordinary people,” she said.

(With celebrities, a lot of times we already know [their stories] because these are reported in the industry and people talk about them. As for me, when I make an MMK episode, I am always so amazed by the courage and strength of ordinary people.)

She cited her role in the episode to air this Saturday, where she plays a mother who bonded with a total stranger, Heaven Peralejo. The episode is close to Buencamino’s heart as it tackles mental illness which is one of the issues she advocates for. In 2015, she and husband, fellow veteran actor Nonie Buencamino, lost a daughter who suffered from depression.

Peralejo plays Julie in the episode, whose mother, Caridad (Iza Calzado), develops schizophrenia. Because of the responsibilities suddenly left to her, Julie begins to resent Caridad. As Esther, Buencamino enters Julie’s life, and Julie finds motherly love from Esther. JB