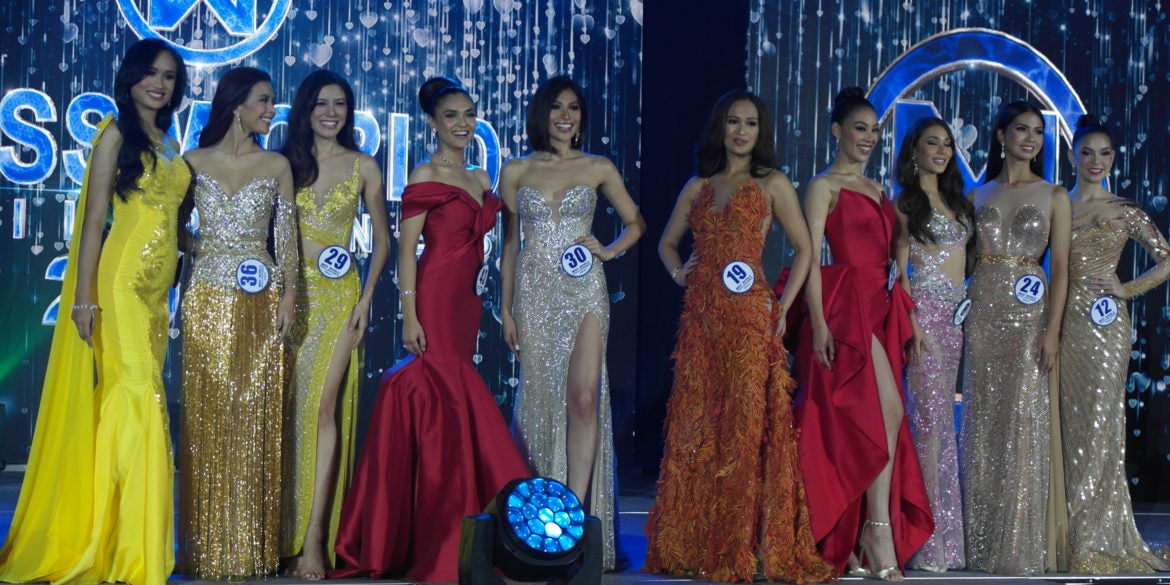 MANILA, Philippines—As the 2021 Miss World Philippines (MWP) pageant approaches the homestretch, with most of its preliminary competitions already finished, several candidates have emerged as frontrunners.

The national pageant adopted the international Miss World pageant’s format of staging “fast-track” events whose winners advance to the next stage of competition.

The Charity Gala Night held at the grand ballroom of Okada Manila in Parañaque City on July 22 featured the National Costume and Top Model fast-track competitions.

At the event’s culmination, several candidates who have figured in the previously concluded preliminary contests once again got the call.

Leading the pack is Taguig City’s Emmanuelle Vera, who made it to the Top 10 of both the national costume and top model competitions.

She had earlier advanced in the Beach Beauty, Sports, Talent, and Head-to-Head challenges.

Broadcast journalist Ganiel Krishnan from Kawit, Cavite, also advanced in both contests conducted during the gala. She had earlier made it on the list of the Beach Beauty, Beauty with a Purpose, and Multimedia challenges.

Tracy Maureen Perez from Cebu City also got called twice in the gala. She was also included in the shortlist for the Beach Beauty, and Head-to-Head challenges.

Bataan lass Dindi Pajares is also among the double qualifiers in Wednesday’s gala. She also advanced in the Beach Beauty and Beauty with a Purpose event.

Taguig City’s Asha Gutierrez, who had earlier advanced in the Sports and Beach Beauty events, also qualified for the National Costume and Top Model awards.

The twin contests served as the highlight of the gala event, which also featured performances from the 10 delegates who qualified for the talent award.

“Aside from our ongoing MWP scholarship program, we are also jumpstarting our very own mental health advocacy,” he said.

He said the candidates are encouraged to seek or initiate their advocacies, in line with the Beauty with a Purpose program, adopted from the global Miss World pageant.

“Beyond the beauty and the glam, this is the purposeful life that we encourage all our candidates to aspire for,” Vegafria continued.

The 2021 Miss World Philippines coronation night will be on July 25 also at the grand ballroom of Okada Manila.

The ceremonies will be streamed real-time on ktx.ph. It will also be available on Upstream.ph, WeTV, and TFC IPTV. GMA7 will have a delayed telecast at 10 p.m.