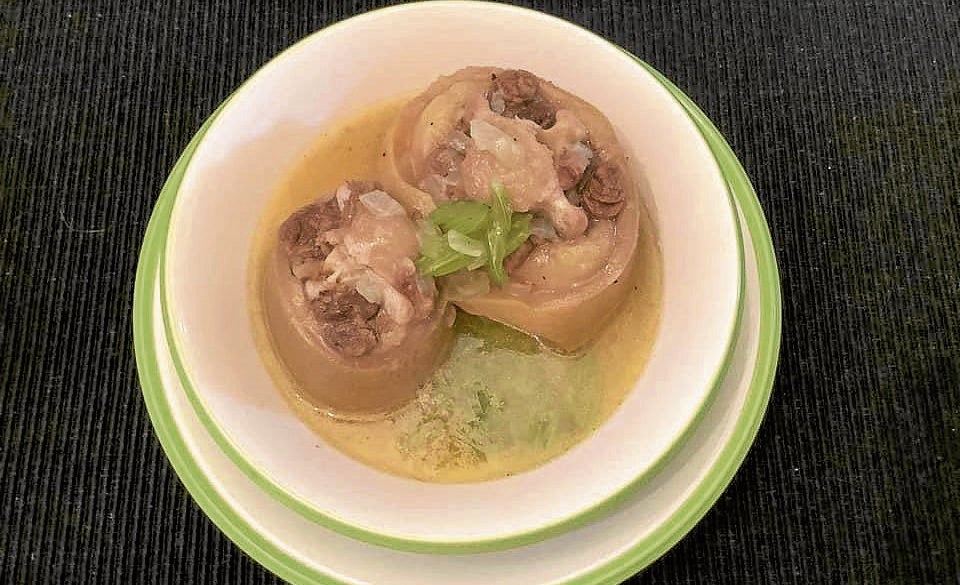 With the go-signal from his mother Herminia and the help of his sister, Lloren last month introduced to a select few Mrs. Lloren’s, a range of family favorites cooked by his mother.

“This is food that we actually eat at home. Some of them are fiesta fare but they can be eaten at any time,” Lloren said in a phone interview with Lifestyle. Initially, there were close to 20 items but he decided to edit them down to a more manageable dozen, give or take a few.

Two that didn’t make the cut were the skinless longganisa and burger patties because they involved too many steps and were not as saleable as the others.

His mother and sister, together with their helpers, are the ones in charge of cooking the food, while Lloren handles the accounting, costing and purchasing. He also decided to shift to biodegradable packaging and is determined to no longer use paper bags.

“The accounting is a daily task—this is the most accounting I’ve done ever,” he said.

During the pandemic, he considered selling food like the countless home cooks that used the downtime to help augment the family income. It was only when his friend and gallery owner Albert Avellana said that he should just go ahead and take the plunge that Lloren launched Mrs. Lloren’s.

“It was also a way to add to our family’s income,” he said.

Since they’ve only been open five weeks, they’re taking things slow. The kitchen crew cooks the food in batches, usually 2 kilograms of meat per dish. He then checks for consistency, making sure portions are evenly distributed and weighed.

“We’re still trying to gauge which items really sell. Those that don’t, we end up eating ourselves.”

The reception, so far, has been heartening. Customers are still mainly friends or friends of friends. The bestsellers include the embutido, lumpiang Shanghai and braised oxtail. Kare-kare is also a favorite but is only available on Sundays.

“It spoils easily so we can’t make large batches.”

Those with a hankering for duck can try out his mom’s braised duck in tomato sauce.

“My mother hails from Pateros, known for its balut and ducks, hence the name, which literally means ‘duck raisers,’” Lloren wrote on the Facebook account he set up for Mrs. Lloren’s.

“Naturally, the townspeople developed duck-based dishes that have become staples on our dinner table. This dish—tender pieces of duck in sweet and savory sauce with a hint of spiciness—reigns supreme over the rest, and so is served to house guests.” INQ