Jennica Garcia on clapping back at basher: 'I wish you didn't witness that side of me' | Inquirer Lifestyle ❮ ❯ 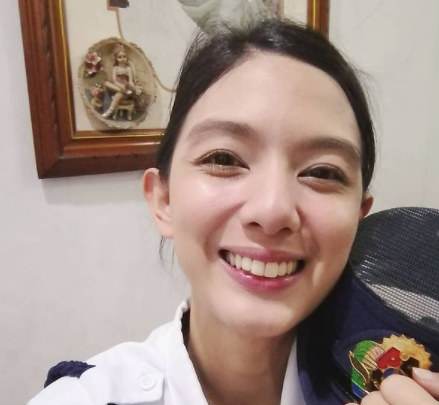 Jennica Garcia on clapping back at basher: ‘I wish you didn’t witness that side of me’

Amid her marital woes, actress Jennica Garcia expressed how bad she felt for replying to a basher who made allegations about her, after she and her estranged husband Alwyn Uytingco were recently seen together in Tanay, Rizal.

Garcia, in a strongly worded message on Instagram, clapped back at the basher last week. Later, on July 23, Garcia felt a bit guilty about how she reacted, posting a biblical art card this time which said, “Love Your Enemies.”

“I was having [trouble] praying last night after my devotions. I felt bad for calling someone assuming at malisyosa (malicious),” she said.

“Ever since the year started, God already impressed on me the importance of NOT repaying evil with evil. That as Christians we are called to love even those who are difficult which is only possible if we ask God to empower us to do so,” the actress added.

She cited having entered showbiz at 17 years old, and now that she’s 31, she said she is already confident even though there are many celebrities prettier than her.

“I was getting my confidence from my skills. That I can act,” she said. “But there came a time when I was caught by surprise and I found myself alone with two young children that are depending on me. I felt ugly, worthless [and] replaceable.”

“I did not like what I see when I look at the mirror. I managed to not get triggered in public because I pray about these things,” she added.

Garcia admitted that when she started composing her clap back post, she did not pray. She said she allowed her emotions to take over because she thought she needed a “quick fix,” plus she was taping at the time. She then addressed fans who saw her reaction.

“To my young followers, how I wish you did not witness that side of me, we have a God that we can run to and his name is Jesus Christ…” she said. “Lets cling to him on our hardest days and sing praises to him once we are redeemed from our brokenness.” JB