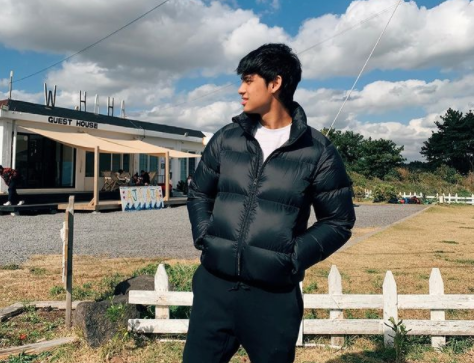 Donny Pangilinan on bullying: Must be understood but never tolerated

Because his character Deib experiences bullying in the series “He’s Into Her,” actor Donny Pangilinan knows there are specific reasons why it happens.

“When it comes to bullying? I just feel like the biggest thing to get out of this is that everyone is just going through something talaga (really), as in everyone,” he said during the online conference for the series yesterday, July 26. The series will be showing its finale on iWantTFC this Friday (July 29) and on the Kapamilya Channel and A2Z this Sunday (July 31).

“If you feel like there’s this popular dude who thinks he has it all, you don’t know kasi kung ano ang nangyayari sa bahay niya (what happens in his house), kung ano ‘yung pinanggalingan niya (where he is coming from),” he said.

Pangilinan believes that bullies show their might and superiority by suppressing weak people.

“Sometimes you take it out [on] other people which is still wrong but you have to understand, ‘di ba (right)? Sometimes that’s their venue and it sucks. It shouldn’t be that way,” he added. “Bullying should never be tolerated. Everyone has their own story and you can learn from them and relate from them. Try to understand.”

Meanwhile, as “He’s Into Her” is nearing its finale, Pangilinan feels he will miss the bonding moments he had with his castmates during the lock-in taping. But he is hopeful that their ties will remain since he already considers them family.

The rivalry between the characters Deib (Donny Pangilinan) and RJ (Jeremiah Lisbo) becomes even fiercer as they clash at the basketball championship where they represent their schools, all while trying to win Max’s (Belle Mariano) heart in the much-anticipated series finale. JB

WATCH: Donny Pangilinan, Belle Mariano quarrel and flirt in ‘He’s Into Her’ trailer