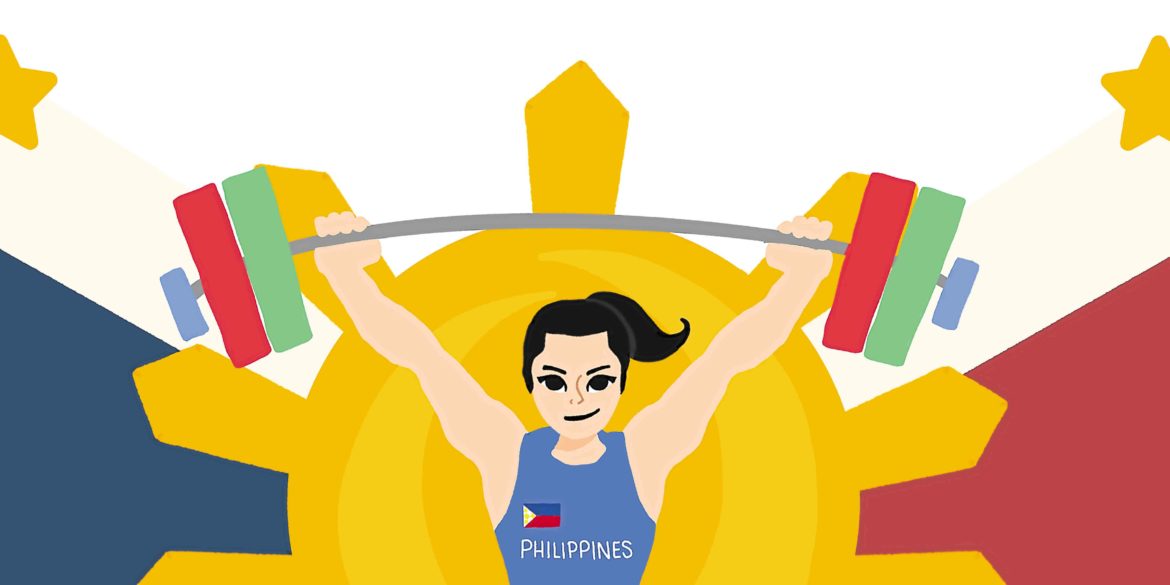 May her success be a reminder that no matter how heavy things get, there is no weight that we can’t carry, as long as we keep our eyes on the prize

The first Filipino to win an Olympic gold medal is a woman!

The success story of Hidilyn Diaz is one for the books. It is a story of perseverance, ambition and the perfect representation of just how strong-willed Filipinos are, especially when they put their minds to a goal.

Diaz had humble beginnings. She grew up in a small village in Zamboanga, and at a young age, she sold fish and vegetables with her father, who was a farmer-turned-tricycle driver. As her family experienced a lot of financial struggles, she aspired to become a banker so that she could work closely with money and her mother would stop complaining about their lack of it.

She was always interested in sports at a young age, trying out volleyball and basketball. She was 11 years old when she discovered weightlifting. She was introduced to the sport by her cousin Allen Diaz.

Diaz’s life took a turn when she first started to train in weightlifting, practicing with plastic pipes, concrete weights and homemade barbels. Little did she know that she would change the weightlifting scene, and the lives of young athletes, forever.

Being an athlete in the Philippines is tough, but it is your determination that will lead you to success.

“It is hard, especially with the lack of support. Accessible training facilities, equipment, proper nutrition and recovery are hard to find,” said Miguel Alfonso Añonuevo, a sophomore political science student at Bicol University and student-athlete who has competed in over 32 local and national football games.

Diaz posted a call for financial assistance on her Instagram story, so that she may be able to compete in the 2020 Olympics.

Some online users speculated that this was probably one of the reasons she got tangled up in the so-called “Oust Duterte Matrix,” as she resorted to asking private sectors for help because the government failed to give her the support that she needs.

Diaz made a public statement in 2019 that all of the things that she was being accused of were false, and that her focus was on the 2020 Olympics.

“I do not need defamation, accusations, made-up stories,” she said in an interview with ABS-CBN. “I do not need lies from our fellow Filipinos. I need support, not just for me but for all Filipino athletes. I am not just lifting weights; I am uplifting the dignity of every Filipino.”

Bless Aubrey Ogerio, a sophomore Journalism student who has competed in both municipal and provincial volleyball meets in the province of Rizal, said that this incident should serve as a lesson to the administration. “May this serve as a wake-up call to our government and to the Philippine Sports Committee to give enough funds for our athletes for their preparation. They are not just representing our country for nothing.”

Añonuevo added that Diaz’s dedication and perseverance to be able to compete in the 2020 Olympics was inspirational. “Even if we don’t have the world-class facilities and support, even if there are people who try to pull us down, Hidilyn Diaz made me realize that in order to become the best, it will all come down to how much I want to win.”

Diaz was the first female weightlifter to represent the Philippines at the 2008 Beijing Olympics when she was only 17. She would be the first Filipina weightlifter to compete in three more consecutive Olympics, showing that a woman can thrive and succeed in such a male-dominated sport.

Her journey was never smooth sailing, as weightlifting was not a sport that women typically competed in. Diaz experienced a lot of self-doubt and insecurities as she was working her way to the top. In interviews, she admitted to being insecure about her body image. She told Preview: “Growing up, naging insecure ako. Syempre ikinakahiya ko ’yung muscle ko. Ikinakahiya ko ’yung sport ko (I became insecure. I was ashamed of my muscles. I was ashamed of my sport).”

It wasn’t until she experienced an injury in 2014 that she changed the way she looked at herself, and her purpose.

“So doon ko na-realize na mahal ko pala ’to. Dapat ko rin i-appreciate yung mga muscle ko. Ito ’yung (result) ng mga hard work na alam mo ’yung six-to-nine sessions a week . . . ’yung training tapos ikakahiya ko? So dapat I have to love my sport and myself (That’s when I realized that I love this. That I should appreciate my muscles. That this is the result of my hard work, you know, the six-to-nine-sessions-a-week-training, then I’ll just be ashamed of it? I should love my sport and myself).”

Since then, she has become an icon of Filipina strength, beauty and self-love. In an interview with Cosmopolitan Philippines for International Women’s Day, Diaz said that loving and discovering yourself may be difficult, but it is important.

Rise to the top

“(Diaz’s Olympic win) made me take pride in myself being a woman,” Ogerio said. “Her win proved how a woman is capable of many things if only they are not hindered by the patriarchal society’s standards.” Ogerio added that Diaz’s success inspires the breaking of gender barriers in our society, and that one must not stop believing in one’s dreams.

“Her journey has taught me that instead of sulking and feeling down for a long time, we should instead use that as motivation to help us to push even harder,” Anonuevo said.

“Hidilyn Diaz inspired me to work hard and reach for my dreams,” said Alex Señoron, a freshman psychology student and cager at St. Louis University. “Her story taught me that success will pay off through hard work and dedication.”

Diaz not only lifted 127 kg of weights in the 2020 Olympics, but she also the spirits of the Filipino people, giving them hope, and something to celebrate and be proud of, especially during these trying times.

May her success, and her story, be a reminder to all of us, not only to the young Filipino athletes but to all the youth, that no matter how heavy things get, there is no weight that we can’t carry, as long as we keep our eyes on the prize. —CONTRIBUTED INQ

The author is a Bachelor of Special Needs Education student at the University of Santo Tomas.