The many benefits of practicing yoga after 50 | Lifestyle.INQ ❮ ❯ 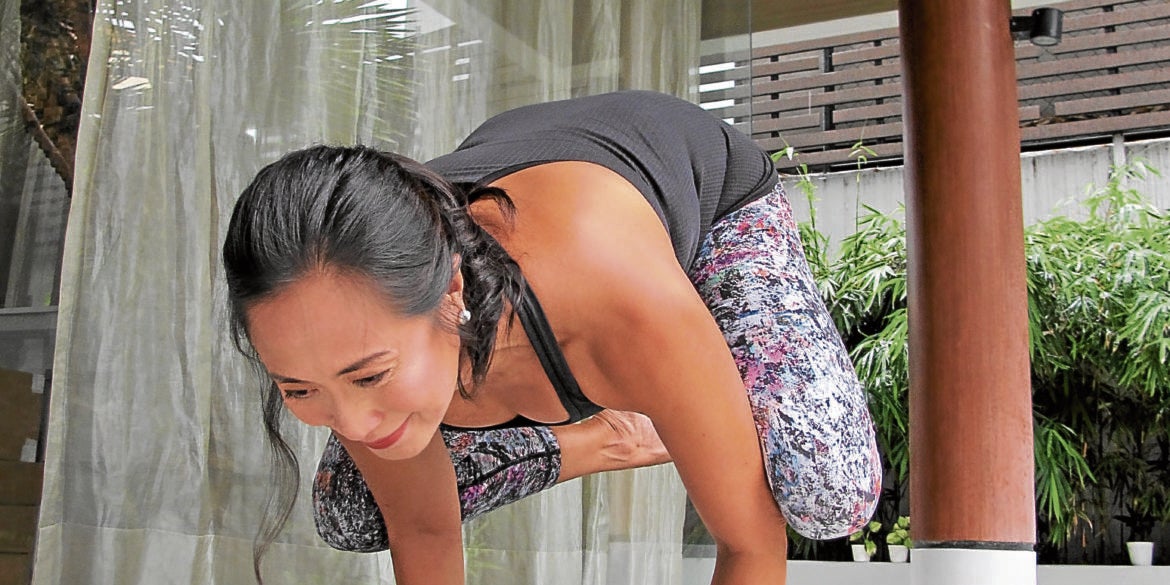 The many benefits of practicing yoga after 50

Improved spine and leg flexibility, wider range of movement, reduction of hypertension, balance of the endocrine system to calm the hormones are just a few

Much has been written about the benefits of the yoga practice for people after 50—improved spine and thigh flexibility, wider range of movement, reduction of hypertension, and balance of the endocrine system to calm the hormones, to name a few.

For Cristina Holopainen, cofounder and director of Urban Ashram Yoga (UAY), and its pioneers, Margie Duavit and Christine Yang, practicing yoga at this age is more about celebrating their well-being, natural beauty and individuality.

Now on its 10th year, UAY, like most studios, has been conducting online classes. Holopainen notes that Duavit, retailer of Hydration Nation drinking vessels, and Yang, senior vice president of Metrobank, have gently pushed their bodies to the max while growing with the studio.

“Each of us have gone through different paths. Yet, it’s inspiring to be among friends who have big responsibilities. Our practice of yoga keeps us together,” says Holopainen, who is now based in New Zealand and occasionally conducts UAY classes via Zoom.

Over a video call, the ladies shared their wellness journey.

Walking into the bathroom of a health resort, Duavit stepped on the mat and immediately slipped on the slick floor. In a reflex action, she bent her elbows and pressed her forearms down to help raise her back. That feat cushioned the impact of a potentially serious accident.

“I did this backbend. It helped, but I still hit my head, which resulted in a contusion. My MRI results were OK, though. When you’ve been practicing yoga, instinctively, your body knows what to do in situations like these,” says Duavit.

When she was in her 40s, she attained strength and control in executing inversions and arm balances. As a subject in an endocrinologist’s study on perimenopause and the effects of exercise, she bested the other participants with her impressive results. The levels of her cortisol, a hormone that regulates the metabolism, immune system and response to stress, were constant. She realized that the regular practice of yoga brought physical, mental and spiritual effects.

“Yoga has made me my strongest, fittest and best self,” she says. The benefits have helped her confront the challenges of hormonal changes, quarantine, family demands, and her work and role as a congressional spouse.

“Yoga has given me the space to be with myself for an hour. It made me stronger and defined who I am. It has given me calm in my 50s,” she says.

Turning 51 in November, Duavit marks this decade as the refinement of her learnings in her 40s. Recently certified as a yoga instructor, she has started to share her insights on the practice. “I want to teach a foundation course—weight distribution, alignment of feet and body. Even if some have been practicing yoga for some time, they need to address some habits.”

At 54, banker Yang gets compliments for her toned yoga body. She was a pioneer student of Urban Ashram Yoga’s teacher training course, although she never got to teach. Yet, she’s able to apply the knowledge in her practice. When she visits her chiropractor for a spinal adjustment, she can give details on the anatomy of her bodily aches. “I explain the exact movements that produce a certain pain. Yoga makes you more aware of your posture, your movements and how you are more present in the moment.”

Yang studied yoga to help her cope with stress on the job.

“I developed this reputation as a dragon boss. After years of yoga practice, I became a different person. People say I’m grace under pressure. You don’t see me frown in a challenging situation,” she says.

Yoga became a catalyst for her to stop smoking, take up Buddhism and adopt a plant-based diet with some fish.

Last year, she started to work remotely in Subic where she has more access to the outdoors. Yang brought props such as belts and blocks to help her align the muscles and ease into a pose. Except for the heavy sweating from hot flushes, menopause has been relatively easy, thanks to yoga and its effects on the internal organs.

“There’s no community here that performs yoga regularly. I’m down to self-practice. It’s become part of my lifestyle, like drinking coffee in the morning,” says Yang.

Growing up, Holopainen, 50, had a negative image of herself as being too skinny and unfit. Yoga gave her confidence.

“It marked the beginning of my enjoyment and expression of the body,” she says.

“Yoga forces you to look at the stuff that you don’t look at. Like I wouldn’t have cared about the skin until I learned that it is the body’s biggest organ. The skin reflects what you are feeling inside.”

Aside from boosting her self-esteem, the practice eased her panic attacks. Yoga has been shown to soothe the sympathetic nervous system.

“I used to wake up with fear. When something feels wrong or if I have the urge to do something, I go straight to the mat,” says Holopainen.

Today, she and her husband, Lasse, run a high-end wellness resort, Maruia Retreat Center, in Murchinson, dubbed the whitewater capital of New Zealand.

Holopainen has likewise been giving virtual sessions on sleep management, a problem common among midlifers who produce less melatonin or sleep hormones.

“The sleeping schedule begins with how you manage your day. You have to work backward,” she says.

“If you sleep at 10 p.m. and it takes two hours to quiet your mind, be in bed by 8 p.m. Finish work and eat by 6:30 p.m. Yoga allows you to keep the space. Start the day with the rhythm of the breath. Yoga takes the kinks out of the body and addresses anxiety attacks. Yoga aligns your habits with your circadian rhythm, which dictates your wakefulness and sleepiness.”

Addressing menopause of middle-aged practitioners, Holopainen explains, “I give hip movements to release the energy from the pelvis and body exploration like moving in the poses in a gentle flow. They will pay attention to seamless transitions so that they work harder and breathe longer. This is how to move gracefully.”

Eye exercises such as eye rotations and focus switching are also taught to improve the functioning of the eyes and to calm down digitally strained eyes.

“Older people tend to look down because they are scared to fall. Through yoga, they look ahead, explore peripheral vision and see where they are in space,” she says. Since the eyes bring the mind into concentration, walking with the eyes is taught.

Duavit adds that she has been gaining a lot from this. As people mature, they either lose their distance or peripheral vision or both.

“The simple eye movements are strengthening,” she says.