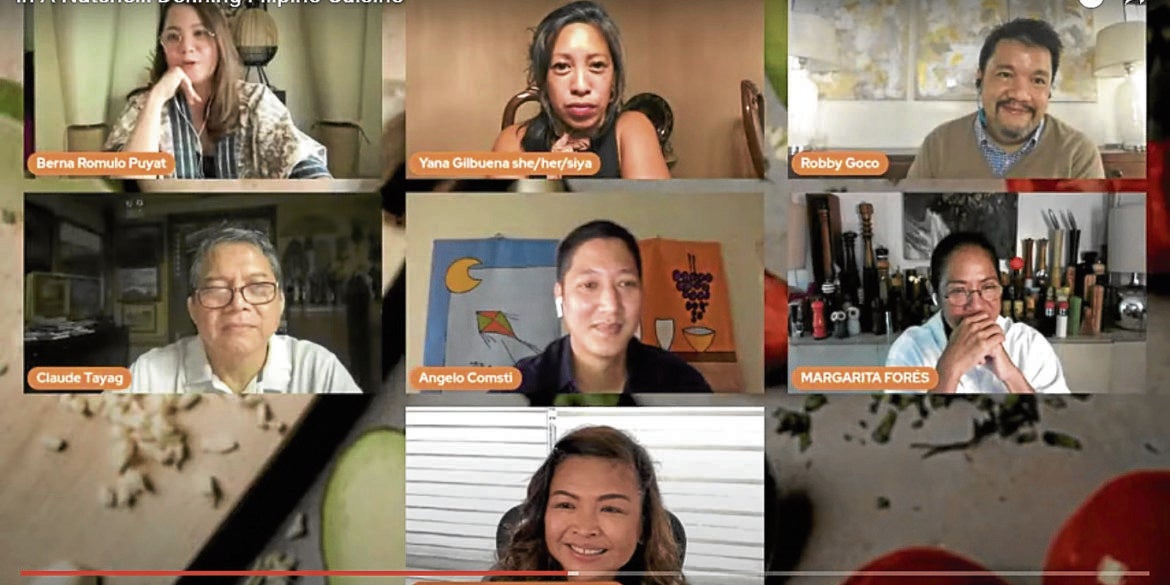 What makes it Filipino: Settling the adobo war

‘We’re not going to touch everyone’s adobo. It’s just to let the whole world know the difference between adobo, ‘paksiw,’ ‘humba’ and asado’

The so-called adobo war waged last month all boils down to semantics.

When one side used the word “standardization,” the receiving end perceived it as coming up with a uniform process or ingredients.

It all started with the announcement that “Standardization of famous Filipino dishes advances,” posted on the Department of Trade and Industry’s (DTI) website July 9. The article also mentioned that it will include other dishes such as sinigang, lechon and sisig.

Chef Robby Goco, chief and vice chair of the DTI Bureau of Product Standards, tried to clear the confusion.

“We knew that with adobo, we were going to give out the most basic recipe. We’re not going to touch everyone’s adobo,” he said.

The chef said that the bureau used “Kulinarya: A Guidebook to Philippine Cuisine” as its reference.

Goco was one of the panelists of “In a Nutshell: Defining Filipino Cuisine,” a discussion led by Asia Society Philippines on July 29. The event was moderated by Lifestyle columnist and chef Angelo Comsti, and copresented by Inquirer Lifestyle. The panel included Tourism Secretary Bernadette Romulo-Puyat, publicist Amor Maclang, and chefs Yana Gilbuena, Claude Tayag and Margarita Fores.

Goco said they wanted to promote the local vinegar produced in different regions of the country along with the adobo. He emphasized that vinegar is the dish’s most important ingredient. It’s what makes it Filipino.

“At least when chefs make adobo abroad, they would look for Philippine vinegar and not use balsamic, sherry or apple cider,” he said.

What is added after the basics such as bay leaf, pepper, soy sauce, coconut cream, achuete or chili is up to the cook. The bureau, composed of chefs and food industry giants, has no plans to contest anyone’s recipe’s authenticity.

Filipino adobo especially needs to be distinguished from its Mexican and Spanish namesakes. The panel said that the dish is pre-Hispanic, meaning we’ve been cooking adobo before our colonizers arrived in the country.

Fores mentioned that “Kulinarya” was instrumental in getting our cuisine through the global door.

“It was Doris Magsaysay-Ho’s real mission . . . to use the template of the Thai government, which is what the king did . . . not to standardize but to at least make a template of all the Thai dishes. He got a foreign chef, David Thompson, to come in and look at the cuisine from the outside,” Fores said.

Fores continued that this method made Thai cuisine easy to understand globally. She added that the campaign was effective because wherever in the world you eat pad Thai, it will have the same look.

“I think this is also what the DTI was trying to do with the adobo,” Fores said. “I think the key word is baseline. It’s really not just the dish but the style of cooking. So whether you do it with pusit, kangkong or lamb, it’s still adobo.”

She added, “You’re right about trying to find Filipino vinegars. When you go abroad now, every oriental store carries pinakurat or Datu Puti. You can make it as close as you can to the Filipino model.”

Fores acknowledged the regionality of the dish, but the process is still the same. She said that adobo is braising protein in vinegar, garlic and pepper.

Tayag, a coauthor of “Kulinarya,” said that it’s really the word “standardize” that garnered a negative response from a lot of people. In the end, he pointed out that even with the defined baseline of dishes, people will still not follow it because they have their own ways.

Goco said that he does not expect people to do so. He compared it to learning the five mother sauces such as

béchamel, velouté or espagnole, which are the basis of French classical cooking.

“Nobody cooks them anymore. There are a lot of derivatives. But up to now, when we go to culinary school, everyone is taught the basic mother sauces,” Goco said.

“Nobody’s going to cook the basic adobo with just the five ingredients. You are going to cook adobo that reflects where you came from,” he added.

The point of setting up the baseline is for it to serve as a basis for foreigners or anyone in any part of the world who wants to learn the basics and the importance of using Philippine vinegar.

The identity of Filipino cuisine abroad was also tackled. Gilbuena noted that diversity is a big part of our local cuisine.

“I want to celebrate that diversity,” Gilbuena said. “I want folks to know that there’s not one singular monolithic adobo out there. It’s good to have the foundations. I’ve always said that about Filipino cuisine, like understanding the flavor profiles. So, once you understand the foundations of what the dishes are, then you can jazz it up however you want. I agree with that baseline foundation, but also celebrating the regionality and diversity that we like to embrace as Filipinos.”

Tayag is very vocal about supporting diversity and innovation. He said that the idea of traditional Filipino cooking is stuck with the way food was cooked by their mothers and grandmothers.

“Every generation creates their own tradition. Why not present it in a modern way? Contemporary and relevant,” he said.

Gilbuena added that it’s about time foreigners recognize that Filipino cuisine is more than “pancit, lumpia, adobo.” The panel agreed that even when we have dishes that have foreign influence, we make it our own.

“I’d like to quote Doreen Fernandez,” Puyat said. “When Filipinos borrow, and then they cook it, there’s a whole different profound process that happens. When people cook something that they have embraced from somewhere, it becomes very different. It becomes ours.”

Home cooks can breathe easy. Nobody’s going to touch that adobo recipe that reminds you of your childhood and home.

The lively discussion is available on the Youtube page of Asia Society Philippines.