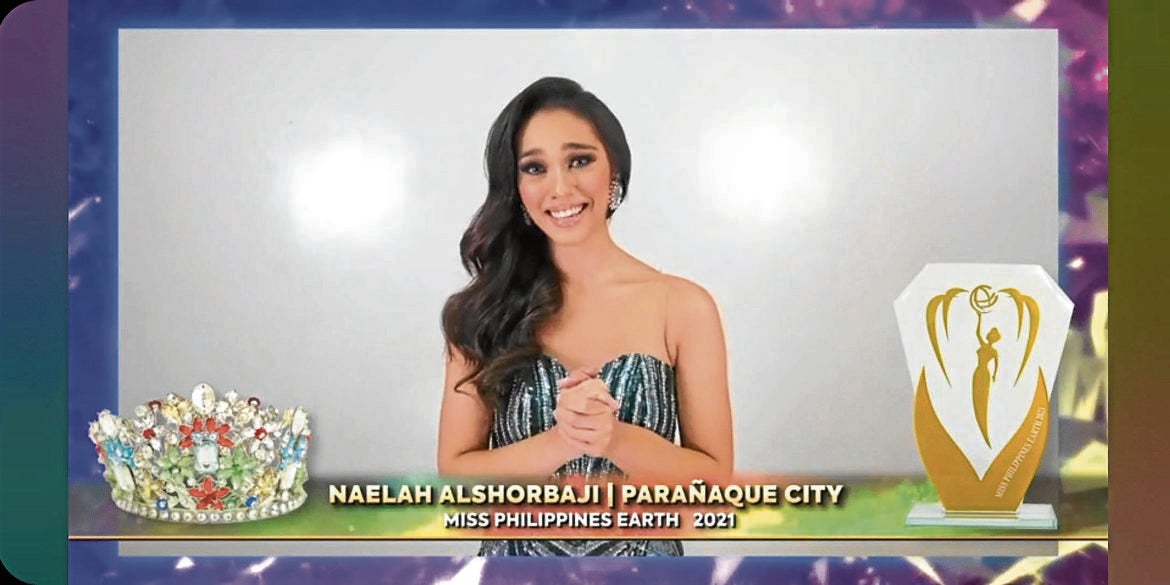 Newly crowned Miss Philippines Earth Naelah Alshorbaji plans to take advantage of the national platform she has earned to expand her waste repurposing project, something that is in line with the pageant’s thrust of promoting environmental awareness.

“I plan to use my title to promote my advocacy of turning plastic waste to usable products. I’ve been doing this for three years now,” the 23-year-old Syrian-Filipino model from Parañaque City told the Inquirer in a phone interview after her coronation on Sunday morning.

“It is something good for society, something that will benefit us economically and environmentally,” she said.

The organizers of the 2021 Miss Philippines Earth pageant, Carousel Productions, once again opted for a virtual competition because of the COVID-19 restrictions.

The final contest was telecast on the Kapamilya Channel on Sunday morning, with a simultaneous streaming on the pageant’s Facebook page and YouTube channel.

Alshorbaji said she still could not believe she was chosen from the biggest roster the pageant has ever gathered, besting 65 other aspirants from all over the Philippines.

“It’s super surreal. I’m still absorbing what is happening,” she told the Inquirer.

The new winner said she wanted to be a queen “for the people and their voices, and for Mother Earth.”

Alshorbaji noted how the pandemic highlighted the global waste management crisis, because of the volume of discarded protective equipment, such as face masks and face shields, as well as the boost in online shopping and delivery services that resulted in an increase in packaging waste.

But she also cited how increasingly aware the people have become of the environmental impacts of the pandemic with the help of social media. “I hope we can educate the people on this environmental crisis,” the new queen said.

Alshorbaji also credited social media for helping her during the global health emergency in the final round of competition.

When asked how she would move forward with her goals given the ongoing pandemic, she responded, “Despite the restrictions in terms of the pandemic, we have social media to progress and move forward. I think that’s the beauty of the generation that we’re going through right now.”

“Moving forward, I think I can accomplish my goals and dreams regardless, because I have a bright future even during the pandemic. I hope that inspires people around us,” she said.